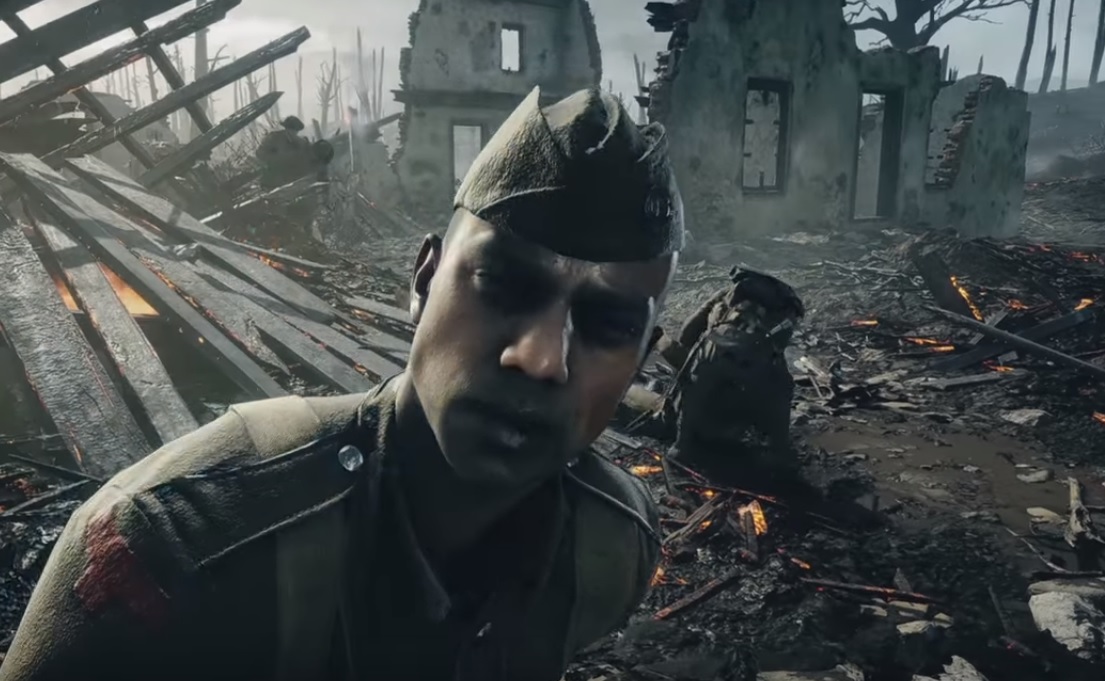 Battlefield 1 is certainly causing a stir in the gaming world. The first person shooter set during the Great War aims at a much different player experience, to showcase a war that claimed over 60 million lives and changed countless others.

The newest video ‘Storm of Steel’ aims to show the player the carnage and destruction that was caused by the war that was supposed to end all wars. During the beginning of the video, we are met with a series of sentences which are there to highlight why this was called the ‘Great War’. One thing that struck me even before the gameplay had started was the line ‘What follows is frontline combat. You are not expected to survive’

More than anything else that brought my attention to what the developers were trying to do, rather than make combat look slick and modern, they are showing us how dirty, scary and terrifying it would have been to serve in the First World War.

During the first few moments of gameplay it is dark, there is almost no vegetation about you and when the enemy eventually assaults your position you’re shooting at shadows, barely formed silhouettes in the distance and it makes you feel quite hopeless when defending what feels like an almost impossible position. It feels like you are at the very sharp end of fully industrialised warfare.

What I liked about the gameplay was when the you see the player die their name comes up on the screen, like ‘Harvey Nottoway 1889-1918’ as if to remind the player that amongst all the industrialised butchery, there were individuals fighting for their country and for those around them. It also goes to show that the characters we are playing aren’t just nameless, faceless entities there to get us from one level to the next.

There were many parts of this video that stuck with me, the brutality of the scenes going on about you, the sheer desperation of hand to hand combat and the way in which the battlefield is devoid of colour aside from the sickly green of poison gas or the bright orange/yellow flash of large explosions.

It feels like EA are going all out to make a game that will make you think just that little bit more about the situations you face in the upcoming game. Battlefield 1 is looking like a cut above the rest, the Frostbite engine makes the trenches look like a painting by Turner, the character models are superb and the destructible environment looks both awesome and terrifying. When it is eventually released this could be one of the best first person shooters ever made.