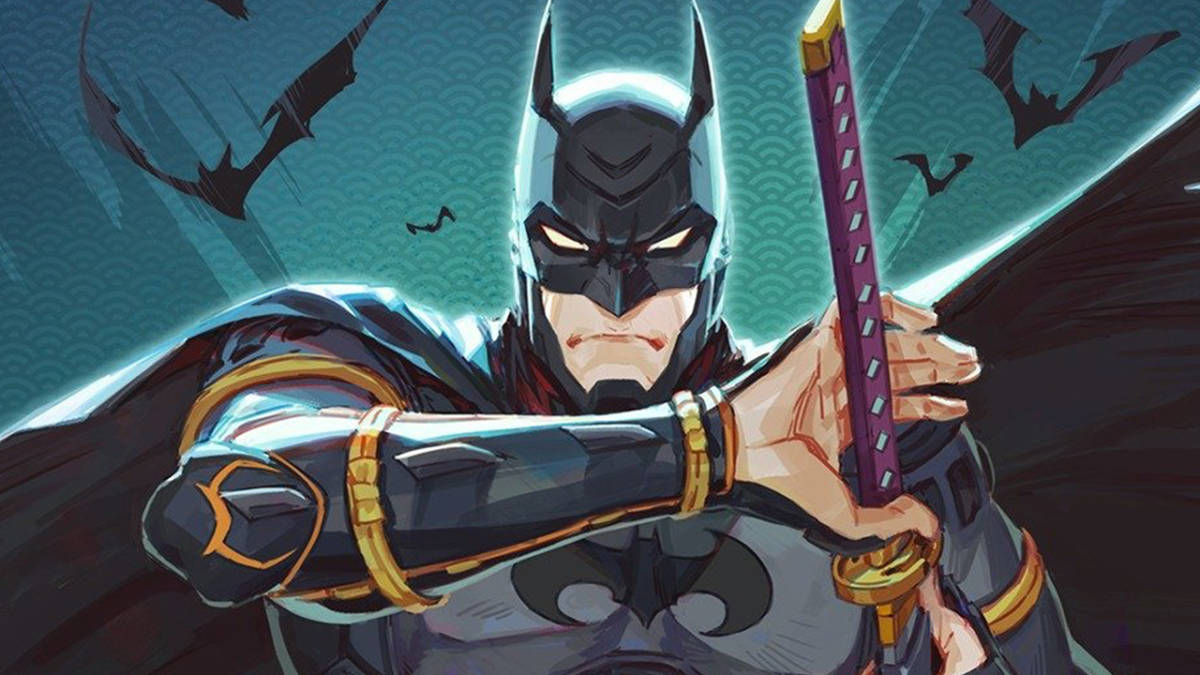 Although Marvel’s Cinematic Universe is generally seen as being bigger and better than DC’s, there’s no denying that DC are whooping Marvel’s ass on the animation front, and the magnificent new anime film Batman Ninja is testament to that.

If you’ve read any of the Batman manga, you’ll know that he’s a character perfectly suited to the Japanese art style. So needless to say, Batman Ninja is an absolute visual delight. The main bulk of the picture employs a stunning pencil sketch visual design which makes the images look like they are leaping off the screen, giving us the impression that we’re literally watching manga pages coming to life. As if that wasn’t enough, there’s also a watercolor sequence midway into the film, which can only be described as beautiful. So much so that you could literally take a screenshot from it and hang it on your wall.

Of course, the incredible visuals would all be for nothing if the story wasn’t up to standards, but thankfully, the plot of Batman Ninja also delivers on that front. Whilst the idea of Batman being transported to Feudal Japan and having to stop his enemies from waging a war to take over the country may seem a little goofy at first (and believe us, it is), the writers opted not to venture into campy territory, instead focusing on one man’s desperate quest to prevent chaos from erupting in a foreign land, and being forced to make some tough moral decisions along the way.

Although it goes without saying that unlike most of the live action Batman movies, which try to make him out to be as dark and brooding as possible, Batman Ninja was not afraid to embrace the more fun elements of the character. This is a film about a gorilla who builds a time machine which goes to Feudal Japan, where swarms of monkey soldiers fight giant robots. Whilst it was by no means silly or childish, it was still refreshing to finally have a film which understands that Batman can be a fun and boisterous character rather than a vigilante hiding in the shadows.

Most of the English voice cast here do great jobs, with Roger Craig Smith’s gruff tones being perfectly suited to the character of Batman. DC fans are notably sensitive when it comes to the casting of the Joker, but they can rest assured that Veep star Tony Hale is on top psychotic form here, leading us to hope that he reprises the role at some point. Special praise also needs to go towards Fred Tatasciore as Gorilla Grodd, because he somehow manages to make a traveling gorilla scientist sound plausible.

And while the PG-13 rating meant that the fights in Batman Ninja were mostly bloodless, the action sequences were still some of the most epic you’re likely to see all year round. Not only do we regularly see Batman putting his martial arts training to good use, but we also get to bear witness to giant robot fights so awesome that they would probably have Michael Bay in tears, not to mention a literal army of monkeys going into battle. In the climatic sequence, we are also treated to an epic sword duel between Batman and the Joker, which is just as epic as any lightsaber duel from Star Wars, and it should also be noted that most of the action set pieces occur in broad daylight, so we should be thankful that all that nonsense from the live action films about everything happening at night was wisely overstepped. It’s a damn shame that Batman Ninja will only be released theatrically in Japan, because this is truly a film that demands to be viewed on the largest screen possible.

If Batman Ninja is anything to go by, DC’s winning streak of top-quality animated movies won’t be coming to an end any time soon. Whether you’re a hardcore Batman fan or a obsessive anime viewer, or if you just happen to have a passing interest in either, this is essential viewing. Batman Ninja could very well be the best animated Batman movie since Mask of the Phantasm back in 1993, and that’s not an exaggeration. This is a beautiful film in every sense of the word.

The writer was provided a review copy of the film for the purposes of this article. Batman Ninja will be released on DVD and Blu-ray on May 14.