Between Invector and Sayonara Wild Hearts, 2019 has been a great year for rhythm action games. 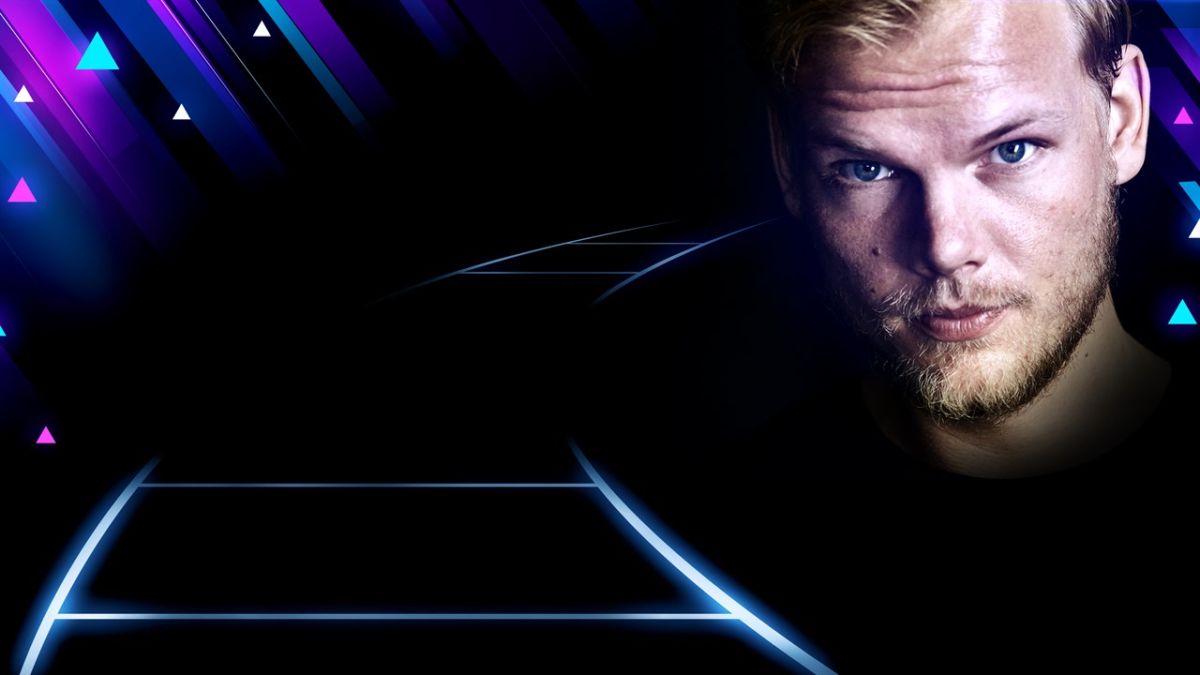 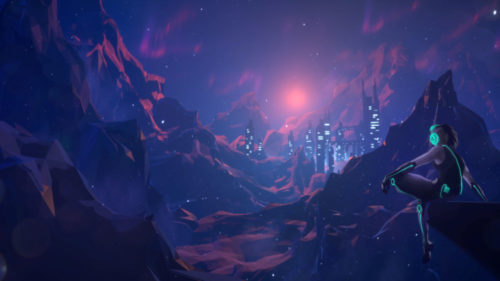 Regardless of how you might feel about his music, Avicii’s influence in the music world is undeniable. His collaborative efforts with a host of popular musicians made the Swedish DJ a household name, even after his unfortunate death at the young age of 28. Tim Bergling however, the man behind Avicii, might not be as well known, but AVICII Invector is as much a love letter to Avicii as it is to Tim Bergling.

Invector is a rhythm action game / audiovisual experience in a similar vein to the likes of Amplitude or Rock Band Blitz. The game features 25 of Avicii’s best tracks, including three tracks from his posthumous album Tim, some of which everyone will know. Even the most adamant metalheads will have likely enjoyed a bit of dance to the likes of Wake Me Up and Levels, but the collection offers enough scope to appeal to Avicii’s fans or to introduce more casual listeners to his back catalogue. 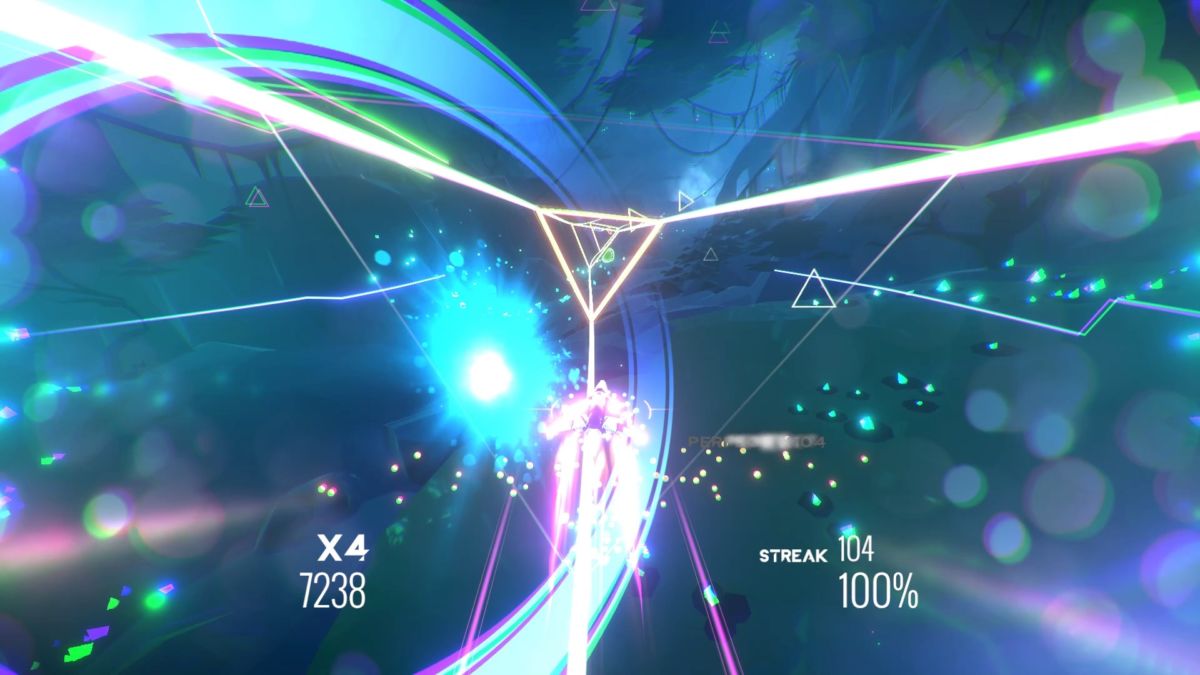 As for the gameplay itself, you control a ship moving along a track, pressing the correct button to hit the corresponding note. The more notes you hit in a row, the faster your ship moves and the higher your multiplier becomes. It’s a simple enough premise, and one that becomes an immediately addictive grind to 100% levels or get the best score possible to place highly on the leaderboards.

There are three different kinds of tracks to navigate: a flat surface with three separate lanes, the inside of a triangle that requires you to switch between sides and some brief flying sections. The flying sections are the least engaging, as you just use the control stick to fly through a series of rings. It’s incredibly basic, though it does offer a reprieve from the incredibly intense sections found during the rest of the song. It also amplifies the bridges between certain choruses, giving an almost weightless feeling to the music that’s being played. 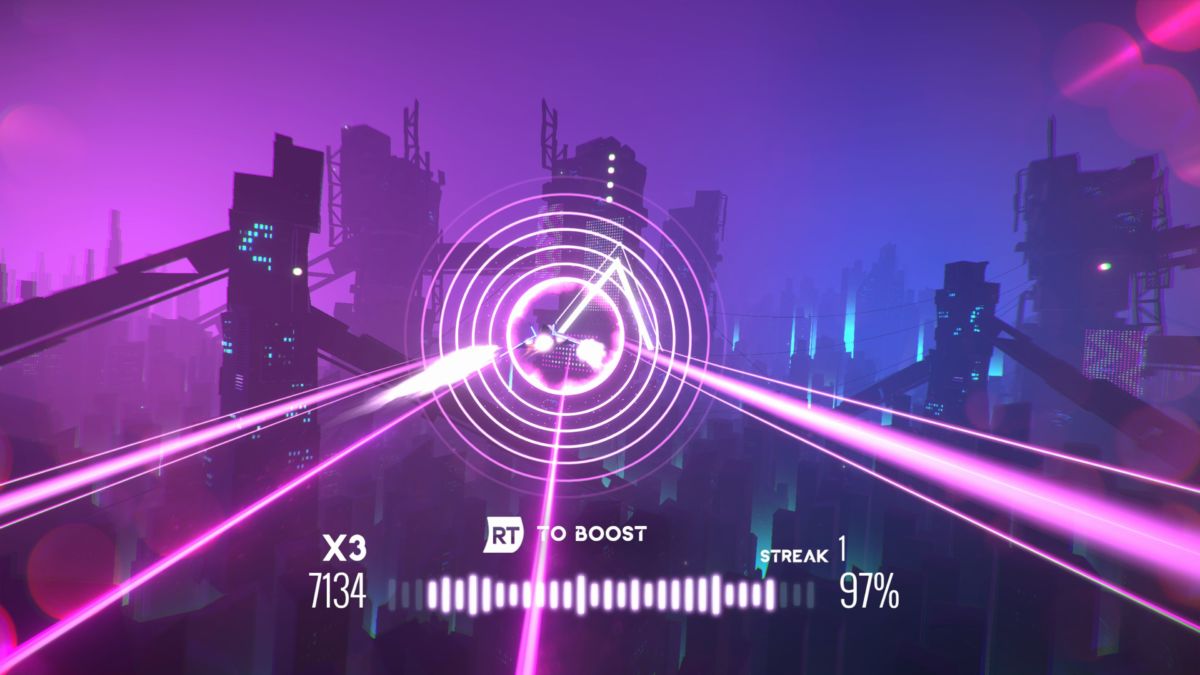 During the first few tracks, the notes and switches are simple enough, but as the game progresses, the tracks get harder and harder, to the point where some players might be turned off by the challenge. Rhythm action games, and the intensity they offer at higher levels, aren’t necessarily for everyone, but there are three separate difficulty levels that introduce more complex note combinations, so you could stick the game on Easy and still enjoy yourself.

If you do opt for the harder difficulties, or just struggle with rhythm action games, Invector uses the repetitive nature of EDM to make the gameplay less challenging. The first playthrough of a song, particularly a harder song, might cause you to fumble some notes as notes come at you without warning, but either towards the end of the song or on the second playthrough, you’ll feel yourself improving. 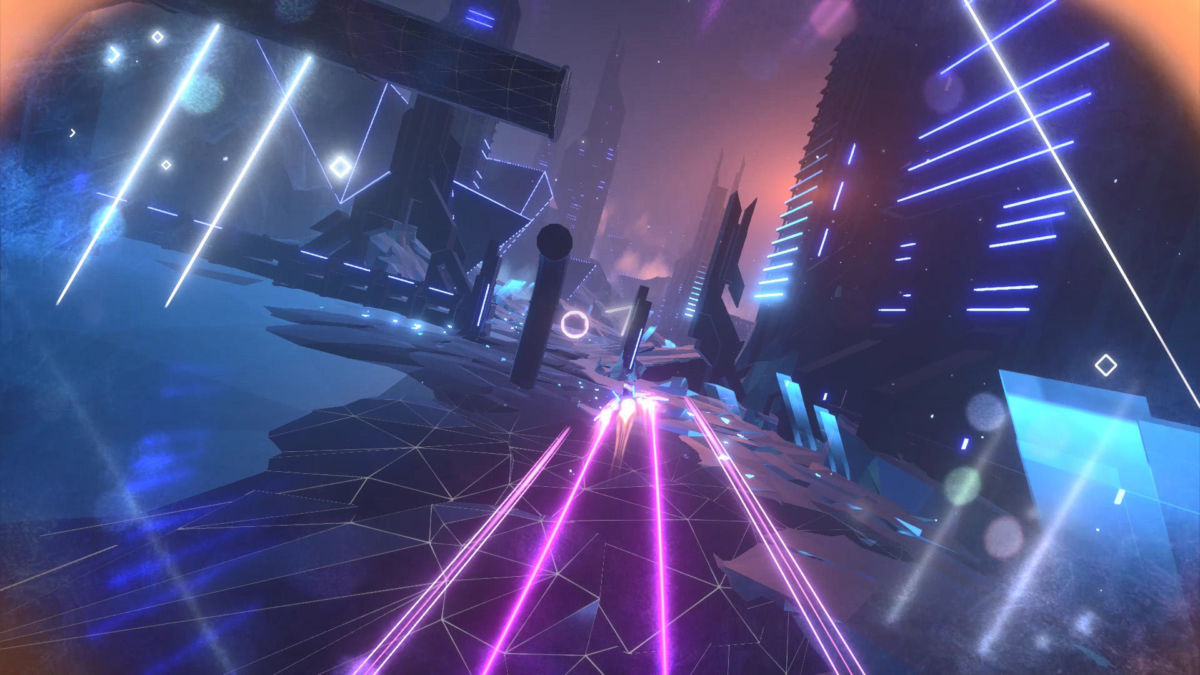 This is because AVICII Invector is less about reactions and more about pattern analysis and recognition. Once you’ve learned the structure of the song, the notes are much easier to hit, and you begin to enter a trance-like state where the game suddenly clicks. The music and the chart become one, as you feel yourself immersed in the beat, and it’s a sensation that’s hard to translate into words, but one that makes Invector absolutely magical.

That said, the magic comes with speed, which you can only earn when nailing a combo and receiving the score multiplier. At slower speeds, it’s hard to distinguish which notes you need to hit next, which can create a slippery slope effect once you’ve missed a note. Going from high speed to what feels like a crawl creates a disconnect that can really take you out of the moment. 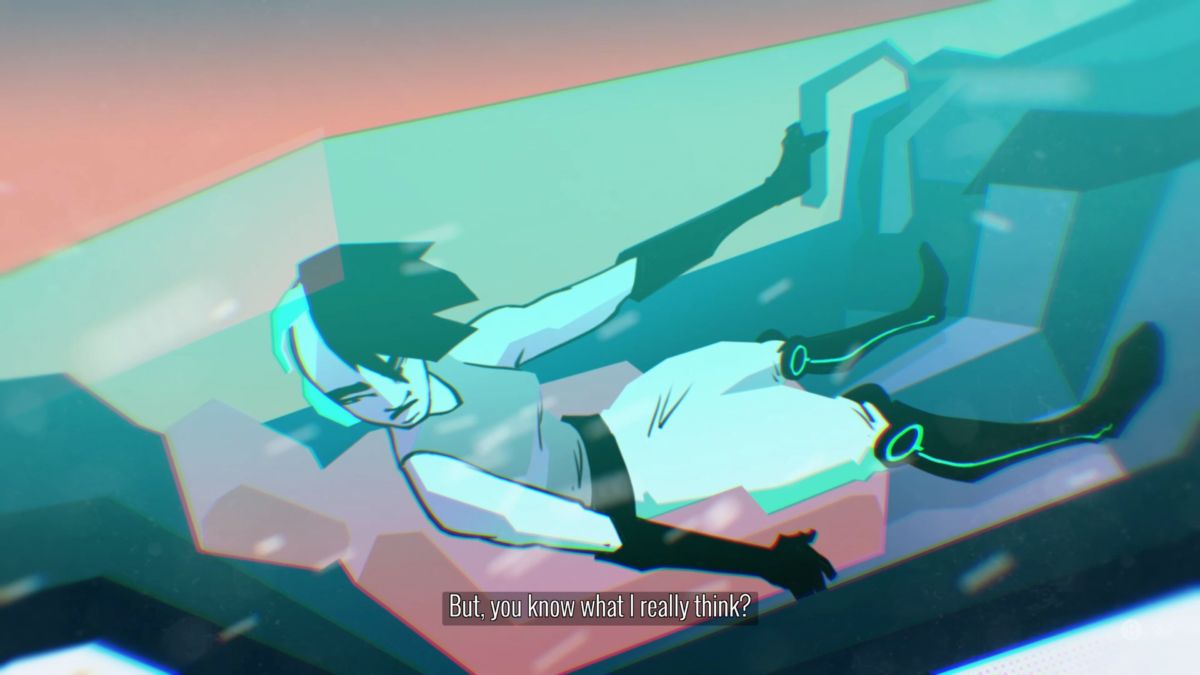 Another big plus for Invector is how much replay value it offers, largely due to the boost feature. The main reason to keep coming back to replay levels is to earn a higher score on the leaderboards, and the boost mechanic is the key to that. Similarly to Star Power from Guitar Hero, you earn boost for nail specific sections of the song, and activating it doubles your speed and score, meaning you have to trigger the power in the right place for maximum effect.

There’s also multiplayer, which makes for a perfect party mode — if you and your mates like EDM, anyway. It’s simple split-screen play, with each player taking on the track on their portion of the screen, but the fact that each player can select their own difficulty level means everyone can get in on the fun and enjoy Avicii’s music.

There’s even a story bringing the whole game together, with a pilot exploring space in a dilapidated ship, and while it could be better developed, the themes it touches on makes Invector the fitting tribute to both Avicii and Tim Bergling. The pilot’s frustration with the ship’s constant, unexpected breakdowns appears to be an allegory for mental health, more specifically how we can sometimes struggle to help with the mental health of loved ones.

The pilot also has their own issues to deal with, clearly afraid of returning home before they see everything the world has to offer, but she’s able to work past those issues and reconcile with her ship by the time the credits roll. It’s a deep and positive message for a game that’s just about hitting the right notes at the right time, but it’s a welcome one, and one that’s necessary given the man that Invector is devoted to.

Between Invector and Sayonara Wild Hearts, 2019 has been a great year for rhythm action games. Even if you’re not the biggest fan of Avicii, Invector offers incredible gameplay, and hey: it might even make an Avicii fan out of you.

A review copy of AVICII Invector was provided by PR for the purposes of this review.

Verdict
AVICII Invector is a fitting tribute to both the DJ and the man, Tim Bergling, with a heartfelt story and excellent gameplay.
8
Cultured Vultures is a pop culture website established in 2013 covering all things gaming, movies, and more. We eat your words.
All The News On The Biggest Games