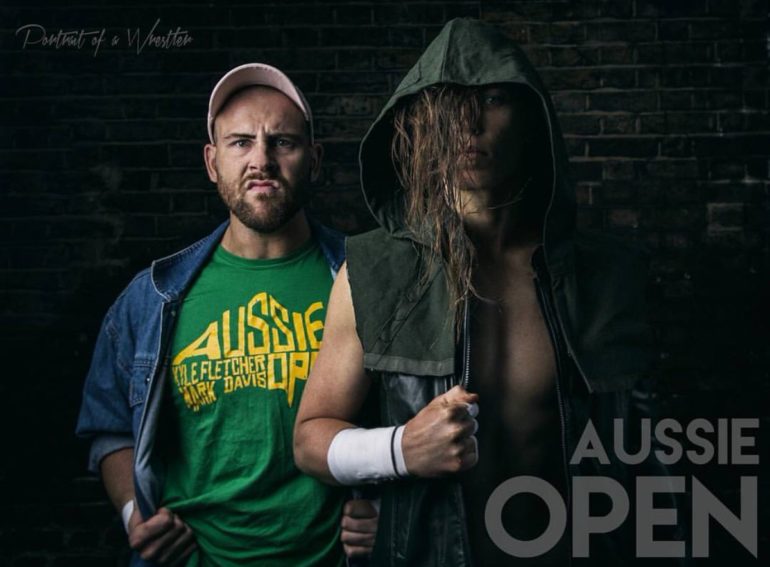 Mark Davis and Kyle Fletcher have been tearing up the indies as ‘Aussie Open’, one of the most exciting tag teams to watch in any promotion. It seems that their work as part of Progress, Rev Pro and WXW have put them on PWG’s radar, as they’ll be making their PWG debut as part of next month’s BOLA tournament.

PWG confirmed this huge debut through their social media, confirming that the duo will be facing the current PWG Tag Team Champions – The Rascalz – on Night Two of the tournament. Should they defeat Wentz and Xavier, then they’ll defend the titles the next night against AEW’s Dark Order.

Fans of the UK indie scene will be quick to tell you that Aussie Open are one of the best acts on the scene, forming the Schadenfreude alongside CCK’s Chris Brookes and Kid Lykos and most recently starting to promote their own unique shows in Manchester.

Fletcher and Davis bring a wide range of styles to the ring and have buckets of charisma to boot. They’re definitely two guys you want to keep your eye on as they break into the US indie scene.

Will you be checking out BOLA this year? Find out the full list of tournament participants here.