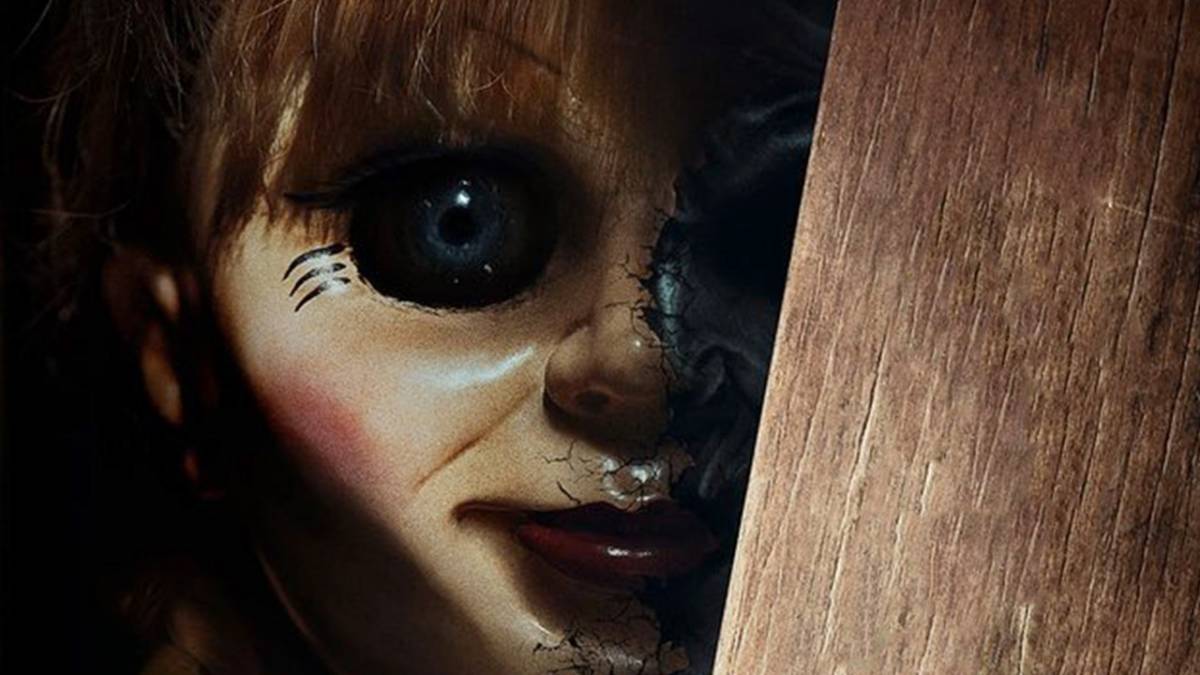 It’s been three years since the last round of playtime with Annabelle the Doll. Now James Wan treats us with her second outing, another prequel. Not much is new under the sun here, but Wan and his proxy, director David Sandberg (who helmed last year’s Lights Out), obviously haven’t lost touch with what makes Annabelle so creepy.

Annabelle: Creation picks up with Anthony LaPaglia (the most recognizable face in this film) as Sam Mullins, the doll maker who crafted the plaything that would become Annabelle in his workshop. When his daughter Bee (Samara Lee) — which is short for you can guess what — dies in a freak accident, he turns his home into an orphanage for troubled girls. Soon after a nun, Sister Charlotte (Stephanie Sigman), and six kids take up residence. One of the girls, Janice (Talitha Bateman), who is meek and felled by polio, is drawn to a locked room where Annabelle is kept surrounded by pages of Scripture.

Naturally, she is freed and hell is, yes, quite literally unleashed.

Annabelle Creation is hot off last years success of The Conjuring 2 and won’t be the last installment of a franchise continuing with a spinoff featuring the demonic nun from Conjuring 2. She even showed up cleverly in a photograph belonging to Sister Charlotte.

Wan’s narrative strung together by the four films so far (two Conjurings and two Annabelles) is so detailed in its connectivity that it seems as if he is endeavoring to create his own Conjuring-verse, similar to but smaller in comparison to the one Marvel Studios has made for itself.

By doing so, he and Sandberg painstakingly attempt to tie together everything within continuity they can. The story follows the origin and making of the doll (which the first film already did a decent job of explaining) with such a fresh take, Annabelle Creation often feels like more of a reboot than a prequel. Until the final twist, when the fullness of Wan’s vision and the depth of perception for detail is revealed, I had no inkling of the direction they were headed or how it all was going to relate.

No spoilers but it plays out a little like another horror prequel where a haunted object wreaks no-holds-barred terror in the lives of those it comes in contact with, Ouija: Origin of Evil.

The film at hand kept me on edge quite a bit. The tension in the scare scenes was so palpable between the moodiness, the noises, and the imagery, I was ready to avert my eyes periodically.

Sounds will make you jump, you will quietly urge characters to look behind them, and the design for the demon creature, combined with the way he is lit, really is terrifying in a darkened theater – upholding its creepiness from the original. (Fun fact: the demon is voiced by Fred Tatasciore who also provides the voice for the Hulk in Marvel’s current crop of cartoons.)

Now, all of that said, this movie is not without its flaws. Characterization could have used a little more work in the draft stage. The supporting cast is rife with throw-away stock characters, two of whom are mean girl wannabes because, well, it’s convenient.

They pick on poor Janice and her one friend, Linda (Lulu Wilson), before all the screaming starts, but they are never as unlikable or conniving as they could be. When they are thrown into the same trapped-with-the-monster scenario as everyone else, there is scant Schadenfreude or satisfaction taken in their distress.

There is also this really goofy scene where Janice sits back to back with Sister Charlotte who is hearing Janice’s confession after she entered Annabelle’s locked room when she wasn’t supposed to. Confession is important and required in the Catholic Church, but I have never heard of a nun hearing one and absolving sins. Check for accuracy.

They do get some things right. For one, Annabelle stays a possessed object, a conduit for another entity, not animated like Chucky. That little factoid is lifted straight from reports in the case involving the real Annabelle in the Warren Museum.

In a funny bit of business, in fact, a character is gifted at the end with a Raggedy Ann doll – a wink at knowledgeable viewers.

Annabelle Creation keeps gore to a minimum in favor of good old suspense and atmosphere topped off with jump scares. It’s crafted better and more adept than the horror we have been getting this year.

Verdict
I’m not saying it is the year’s best in the genre -I’m still holding out for IT- but Creation will maintain your adoration for The Conjuring series.
8
Cultured Vultures is a pop culture website established in 2013 covering all things gaming, movies, and more. We eat your words.
All The News On The Biggest Games