That awful bunny is coming back, though. 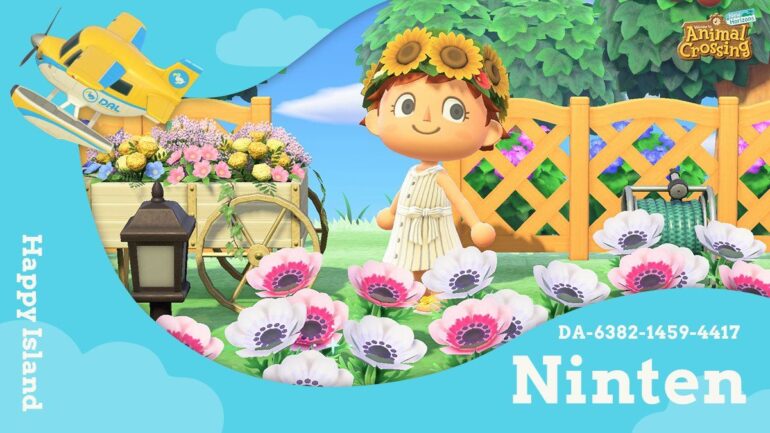 We’re rapidly approaching the one-year anniversary of Animal Crossing: New Horizons launching on the Nintendo Switch, and Nintendo are planning on celebrating this news in a big way, as they’ve published a new blog post outlining all the new additions coming to the game starting on March 18th.

Alright, So What Can We Look Forward To On March 18th?

Seeing how this is a 1-year anniversary celebration, you’ll receive a special cake in the mailbox. On top of that, the Custom Design app on your NookPhone is getting a significant upgrade. Players will be able to create customised versions of umbrellas, small flags, uchiwa and photo stands, allowing for even more unique fashion choices.

Even better is the news that the Normal and Pro Custom Design Modes are getting 50 extra design slots each, meaning you can have a massive supply of custom items at your disposal. The Custom Design Portal is also getting an upgrade, as it’ll be available directly as an app on your NookPhone, meaning you can use it on the go instead of just at the Able Sisters shop.

Any Other News To Look Forward To?

From March 26th, U.S. Animal Crossing fans will be able to take part Sanrio Collaboration Pack that’ll be available at Target stores for $5.99. Sanrio are the company behind Hello Kitty and other popular characters. This pack will include six amiibo cards featuring various Animal Crossing residents who have been inspired by popular Sanrio characters. These include Rita, Chai and Toby.

There’s a wave of seasonal items on the way too. From March 26th to April 1st, you’ll be able to order a variety of whoopie cushions from the Nook Shopping service. Then, between April 1st and April 30th, you can order different Prom themed items from the various vendors that inhabit your island. However, Bunny Day is also making a return on April 4th, meaning that no good, horrible Zipper T. Bunny is coming back. Pray for your soul, for he will have no mercy.

Lastly, Nintendo is launching a limited time web service, the Island Tour Creator, which will let players create promotional posters and videos for your island using the screenshots and clips you’ve taken in-game. The service will launch on March 23rd, but is designed to be a limited-time service that’s only set to be supported until the end of the year. If you want to create your own island promo, you’ve only got a limited time.