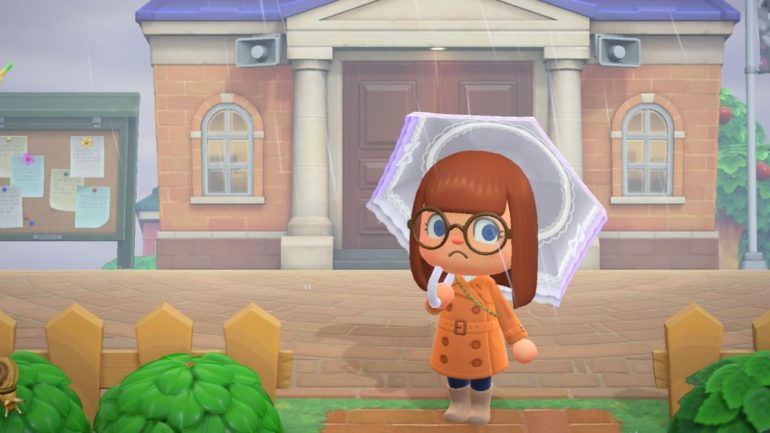 Animal Crossing: New Horizons is a game that’s always changing with new critters and events happening all the time, but its weather system also changes up the gameplay experience. While your island will be sunny most of the time, there’s also a chance of rain, which means there will be fewer bugs to catch than normal.

When it rains in New Horizons, no butterflies will spawn, as well as most of the bugs that you would come to expect from the game. There are actually just a handful, which you can check out below.

These are all of the bugs we’ve found in the game for May 2020; this may change with each passing month, so we will keep it updated.

The Diving Beetle and Pondskater can both be found on top of a pond or river’s surface; they can of course be caught with a net.

The Pill Bug can be found by random after hitting a rock with either a spade or shovel. Again, all you need is a net.

Meanwhile, the Long Locust is a bug that will you struggle to avoid, it jumping around everywhere on your island and being a bit of a nuisance. Chase after it with your net and it should eventually be yours.

All of these bugs mentioned so far will spawn in sunny weather, but only the Snail spawns when it’s raining. Found atop rocks and hedges, the Snail is viewed as somewhat rare so be sure to catch one and hand it in to Blathers when you get the chance. Catch it with your net while approaching it cautiously – it gets spooked quite easily.

Animal Crossing: New Horizons, which is out now exclusively for Switch, will bug you to play it all day. From our review: