Animal Crossing: How To Catch The Sea Horse 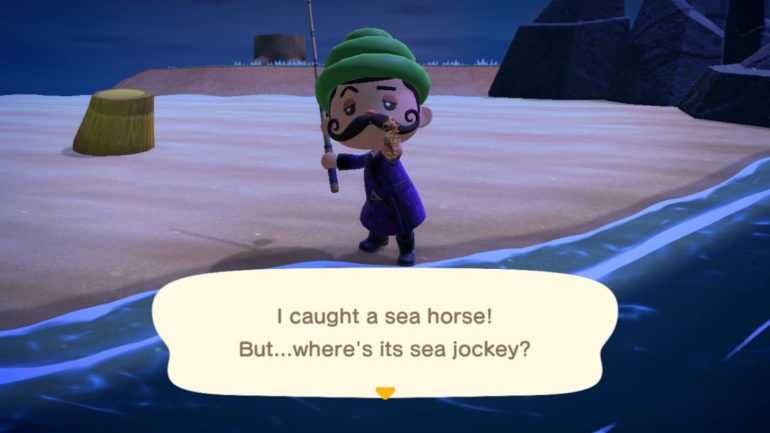 Animal Crossing: New Horizons is one of the most addictive yet calming games ever made, it giving you the simple job of collecting fish and bugs while building up your island and home. One of those aforementioned fish is the Sea Horse, a tiny little critter that you may want to keep as a pet.

The sea horse can be found in the sea around your island at any time of day. As expected, they cast the tiniest shadow imaginable due to their size, similarly to the clown fish. You can always use bait in the sea to make a fish immediately appear if you don’t want to keep running around and waiting for the shadows to reset.

As with all fish in the game, all you need is at least a flimsy fishing rod to catch the sea horse.

When Is The Sea Horse Available Until?

The sea horse is a part of Animal Crossing: New Horizons from April 1st until the end of November. You will no doubt have caught one million of them by then.

If you want to sell a Sea Horse to Nook’s Cranny, you will receive 1100 Bells, which is not a bad price at all. Don’t forget that you can also hand them into Blathers for his museum or display them in your house.

Animal Crossing: New Horizons is available now exclusively for the Nintendo Switch. Whether you want to amass your own private zoo like Joe Exotic or become friends with all your animal villagers, the choice is yours.