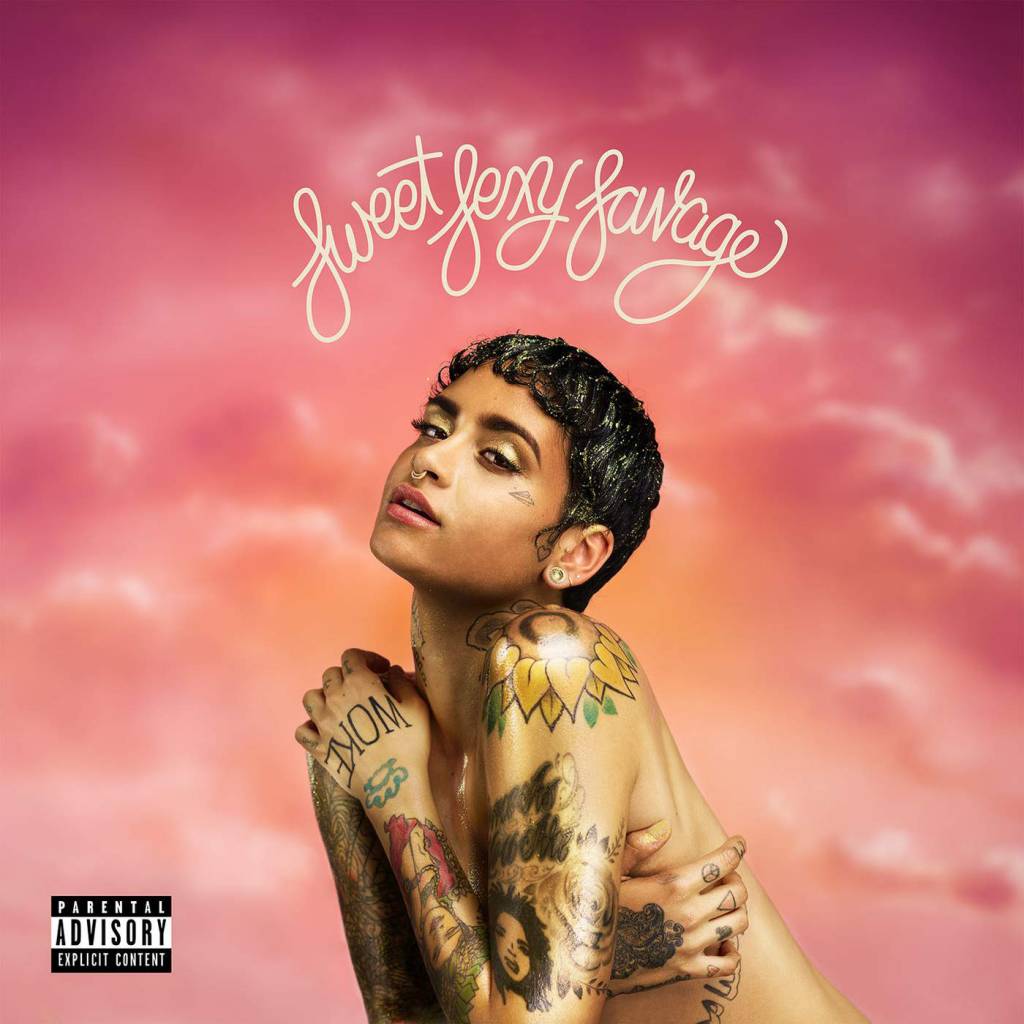 Kehlani’s musical career so far can be aptly described in two words – eventful and noteworthy. Letting go of her pop roots, the 21-year-old singer embraces RnB with open arms, letting the transition of the genre through the decades pop up on the 19 tracks on SweetSexySavage.

With spoken work by Reyna Biddy opening her new album, Kehlani reminds the listeners of what she’s been through and what to expect of the record. Now she’s no Aaliyah, TLC, Beyoncé or Rihanna, but she still manages to hold her own, especially given that at 21, she’s giving us killer vocals even if the lyrics could be worked on.

The opening track ‘Keep On’ features work with RnB songwriter August Rigo, and while simple, conjours vibes from the 70s, the vocal styling of Aaliyah and a piano and saxophone sequence that cuts through the content of the track. Pop & Oak, Philadelphia based producers feature a lot on the album know their 90s RnB really well. You can hear the harmonies from the 90s on ‘Distraction’. Lyrically the song isn’t much to write about, but the arrangement is tight. They pop up again on ‘Piece Of Mind’, a track that relies on beats, harmonies and a message of optimism and self love. The vocal textures on the track are pieced together really well, but feel muted sometimes when you’d expect a full throated voice, especially in the vocal runs normally expected from singers in the genre.

Akon’s ‘Don’t Matter’ is interpolated on ‘Undercover’, a track with strings and loops played over 3 minutes. Produced by Charlie Heat, there’s a Spanish influence on the strings, but that quickly gives way to an RnB track on love that is forbidden but pursued nonetheless. The track, short and simple, is one of the highlights of the albums in terms of it’s production. The savage in Kehlani debuts after the sweet and sexy namesakes with the sixth track, ‘CRZY’. Collaborating with the female songwriting duo, Nova Wav, ‘CRZY’ mixes Kehlani’s trap influences with RnB and the accompanying video features the singer in choreography intended to show a more street style to RnB but, doesn’t do much to improve the image.

On ‘Personal’, the singer switches her flow to include her rap-singing technique made popular in her earlier work like The Way, off her mixtape where she held her own against Chance the Rapper. Referring to her much publicized breakdowns involving men from earlier last year, Kehlani’s experience has made taking care of herself a priority on Personal.

On ‘Not Used To It’, an autobiographical track, Kehlani links up with Pop & Oak, to discuss family strife, her upbringing in Oakland, toxic relationships with men and how she’s dealing with it all as a kid who grew up in the spotlight, with less than idyllic situations surrounding her. Everything is Yours is standard RnB fare with Kehlani’s rap singing technique switching up the second verse, but forgettable to say the least as the song ends. On Advice, choral arrangements, solos and synced claps make way for a song on learning from her mistakes. A stand out, Pop & Oak, interject the track with piano solos and vocal runs that add depth to the artist who rose to fame for it.

Subtle savagery makes its way on ‘Do U Dirty’, a a collaborative highlight between the Featherstones and Kehlani. Fuckboys get their due on this track and Kehlani switches gender roles playing a vocal femme fatale who’s out there to play the game and drop men who get caught in their feelings at the drop of a hat. From a track on promiscuous sex to unspoken love immediately after it on ‘Escape’, coherence isn’t the album’s strength. While the theme tries to put a three dimensional Kehlani on display with this record, they do little with the way the tracklist is laid out.

Produced by the Picard Brothers, ‘Too Much’ is 90s RnB switched up to include the sexually suggestive lyrics of the 2000s, drawing vocal inspiration from the likes of R Kelly and Bobby V, until Timbaland drops the beat and Kehlani raps her way through the bridge. For an album with almost no features, Kehlani does a good job, with the producers she’s working with. The sound is linear but starts exploring new territories in the latter half. On a happy go lucky track like ‘Get Like’, featuring production from Canada’s Boi-1da, the track experiments with vocal styles that Kehlani is not familiar with. Pop & Oak, switch it up with In My Feelings, letting Kehlani switch between vocal runs and rap at a pace that make her take to the style like a natural.

What would an RnB album be without a ballad? Incomplete. With ‘Hold Me By The Heart’, Kehlani explores balladry with limited success. With strings guiding the ballad, Kehlani’s effort is a forgettable one, especially if you’re accustomed to ballads with a piano backing it whether it was Sampha, Solange, or even Sevyn Streeter for that matter. I’d give it a listen but would skip it if I had to. ‘Thank You’ is another track that could be missed if you didn’t really care for the content.With songwriting stars like Ester Dean and whole host of other songwriters, I Wanna Be is bubblegum pop by an RnB singer, signaling that Kehlani’s still got the pop market on her side.

With the potential to make it big for her on the radio, provided the visuals are on point, this track could do what Ester Dean did for Nicki Minaj with ‘Super Bass’. The chopped vocals and formulaic pop rap style of the track make it a standout, which begs to ask why Kehlani has kept the best for last. Closing with the sleeper hit of 2016, Suicide Squad’s saving grace, Gangsta closes the album. Oddly, the sensual production on the track written by singer-songwriter Skylar Grey for the movie, brings out a savage Kehlani that is sweet and sexy at the same time. One of the tracks that encapsulates the image Kehlani wants to be known for is short but effective. The sinister tones on the song, draw out what Kehlani does best and is a potent mix of sweet, sexy, and savage, leaving you wishing for more this kind of music from the artist.

Strong wordplay isn’t necessary an RnB singer’s strongest suit, hell, it doesn’t have to be. As long as there’s vocal runs and pipes to match the music produced, I’m happy. There’s intimacy, braggadocio, pain, sexual liberty, and optimism riding on the tracks. There’s more to Kehlani than the 19 tracks she’s put on her proper debut, but if sweet, sexy, and savage is what she’s going for, I’m buying it.

Verdict
Baby voiced Kehlani brings the woman in her on this album. Borrowing from RnB in the 80s, vocal harmonies of the 90s and the more quasi singing/rap style singers these days have achieved success with, Kehlani’s follow up is a throwback to the magic of the past with hints of what RnB sounds like today. That she can sing is not a question, so with that out of the way, pick up the album to see what the artist is able to manage with producers you don’t get to often hear much from, or even if you did you couldn’t tell.
7
Cultured Vultures is a pop culture website established in 2013 covering all things gaming, movies, and more. We eat your words.
All The News On The Biggest Games