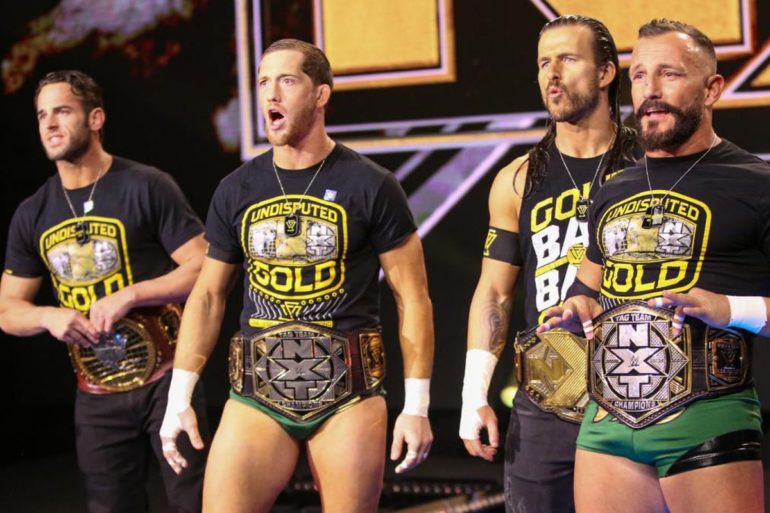 The trios tandem of Adam Cole, Kyle O’Reilly and Bobby Fish have finally been granted their own unique stable name in All Elite Wrestling. Formerly going by the popular Undisputed Era moniker, the three former champions will now go by the name of ‘Paragon’ according to sources.

Along with the new group name, Paragon have also been given their own logo that will likely adorn all sorts of merchandise on AEW’s online stores.

The trademarks for both name and logo were confirmed to have been filed on the 1/3/22, making it likely that we’ll be seeing this confirmed as part of the next week’s episode of AEW Dynamite.

Are you a fan of the new logo and stable name? Will we eventually get to see Paragon take on The Elite? Let us know your thoughts down below.