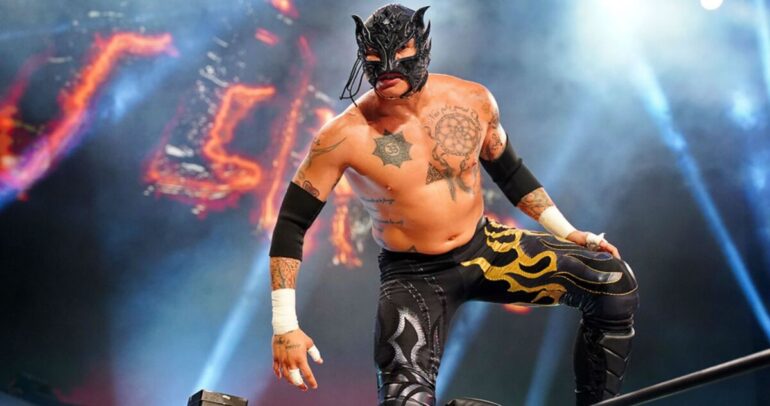 On this week’s episode of AEW Dynamite, former AEW Tag Champion Rey Fenix suffered a horrific arm injury following a table spot to the outside of the ring. Fenix took a bad spill on the mat, narrowly missing a table that was set up earlier in the match against Jurassic Express. Upon landing, Fenix’s arm bent backwards on itself, seemingly dislocating and leaving fans cringing worldwide.

It was a gruesome scene, however all is apparently well with Fenix, following an update from Bryan Alvarez. The WON reporter confirmed that the injury sustained was merely a fracture and that his arm wasn’t actually broken. Alvarez went on to confirm that Fenix will still be undergoing examinations to ensure no serious underlying damage.

This is good news for Fenix, with many fans concerned that his in-ring career may be at risk following that nasty spot. I suspect that Fenix will remain out of action for a few weeks while he’s recovering.