5 Wrestlers That Could Be AEW’s Owen Hart Tournament Jokers

Some big names on the market. 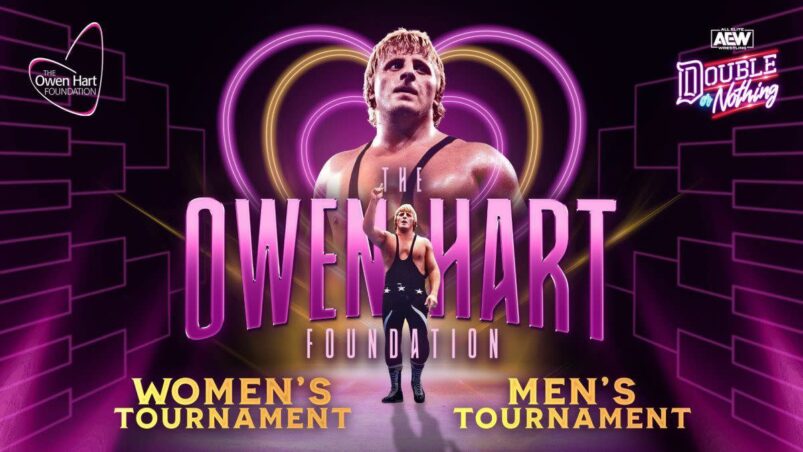 AEW are currently in the midst of a stacked Owen Hart Foundation Tournament for both the men’s and women’s respective divisions. The brackets are simply loaded with some of the best, pure wrestlers on the AEW roster today, with names like Adam Cole, Jungle Boy, Britt Baker, and Ruby Soho all vying to be the inaugural Owen Hart tournament winners.

The X-factor in amongst the ruckus though is the inclusion of not one, but two Joker wrestlers that have yet to be revealed. AEW typically use the Joker card in their Casino Battle Royals and ladder matches to help boost some interest in the multi-man matches, with the Joker entrant often being an unexpected, but welcome surprise.

In the past, wrestlers such as Brian Cage, Ethan Page, Lio Rush and the aforementioned Ruby Soho have all stunned audiences by showing up as the Joker entrant, all being notable free agents at their time of debut. This year’s Owen Hart tournament promises two massive free agents to make their AEW debuts, so let’s run down some possible names who could take on that position.

The whereabouts of WWE’s former ‘Swiss Cyborg’ have started to be unearthed on social media, with Claudio CSRO starting to build towards his return to the squared circle. Pundits have it that Claudio might be AEW bound in the near future, and with so many dream matches and unexplored potential left to be tapped into, I’m not sure that a single wrestling fan would argue against him showing up in All Elite Wrestling.

The Owen Hart tournament has been established to give props to those wrestlers that go above and beyond to put together excellent matches, much like the man himself. Claudio CSRO has done exactly that for so many years of his career, and has been heralded as one of the most deserving World Champions to never receive the title in WWE. Entering the Owen Hart tournament would be a huge nod to his reputation.

Claudio CSRO would be a huge deal for whichever promotion he ends up in, but here’s hoping that AEW have him penned as a potential Joker for this year’s tourney.

Candice LeRae recently found herself released from her WWE contract, having been pinpointed as a potential loss since the departure of her husband, Johnny Gargano. It comes as no shock that LeRae has already been touted as a likely signee for AEW once her no-compete clause runs out, and whether that’s in time to perform in the ladies’ Owen Hart tournament or not, we’ll just have to wait and see.

Candice made a name for herself wrestling in interpromotional matches against the likes of Joey Ryan, Adam Cole and even Gargano in the past as part of PWG. With so many former colleagues enjoying the fruits of the All Elite roster, it’s likely that LeRae will be pulled in that direction to perhaps put together some intergender matches in the near future.

Not that we’d expect her to show up in the men’s Owen Hart tournament, though that would be pretty badass.

Unfortunately, John Morrison’s return to WWE was a bit of a whimper compared to what it could have been. Morrison had the potential to become a huge attraction on the main roster, following a massively successful tenure on the independent circuit and refining his character and veteranship. Alas, it wasn’t to be and Morrison is once again competing on the indies, scoring main events in MLW and other international promotions alongside his partner, Taya Valkyrie.

Johnny Elite may not be the most wanted name to become the Joker entrant in the men’s Owen Hart tournament, but it would definitely be an interesting experiment. The former Morrison may have lost that certain spark that attracted many of wrestling fans to various indie promotions, but he hasn’t lost a step when it comes to his in-ring performances and his unique wrestling style.

‘The Shaman of Sexy’ would be an ideal talent for AEW to bring in and act as a ring-general for the younger stars, especially those who favour a more athletic style.

WWE’s former Ember Moon has been widely speculated as the female Joker in this year’s Owen Hart tournament, having been a target of interest by AEW head-honchos for quite some time. Now going by the moniker of Athena, the former NXT Women’s Champion has done more than enough to keep herself relevant on the indie scene after departing WWE.

Athena’s potential was barely touched as part of the main roster so there’s plenty left for AEW to exploit as her star continues to grow. What a place for Athena to break out as a future headlining star of the Women’s division by entering the tournament and competing in a huge match against Dr. Britt Baker D.M.D. Even in defeat, Athena could be the biggest talking point of the entire tournament.

Athena’s character, her presence and general demeanour just sings All Elite Wrestling, the sooner talent agents can get on a contract with her, the better.

Naturally one of the most talked about free agents on the scene at the moment is the former NXT Champion and face of the black and gold brand, Johnny Gargano.

Since leaving NXT late last year alongside now-Undisputed Elite member Kyle O’Reilly, many fans have been eagerly awaiting ‘Johnny Wrestlings’ debut in AEW. What better occasion than a tournament to commemorate one of the greatest technicians of all time for Gargano to arrive in All Elite Wrestling.

Having already mentioned his partner, Candice LeRae, for the Women’s tournament, bringing in both her and Gargano at the same time to compete for the Owen Hart tournament victory would be a massive moment for their careers and a touching moment for fans to share in. Also, considering that Adam Cole is set to be the Joker’s opponent in the tournament, the story for this first match simply writes itself.

Johnny Gargano is simply too talented to not be included on AEW programming. The matches he could put together with the rest of the talent available would be too good to pass on, and the Owen Hart tournament is a great place for him to start ticking some of those matches off the list.