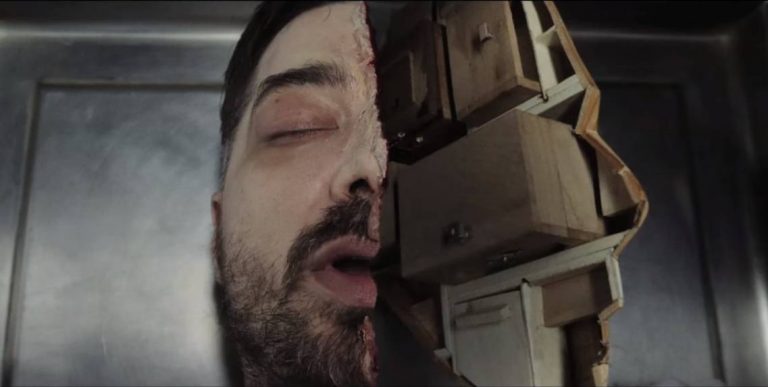 Hip hop’s host with the most vivacious vocabulary, the ever verbose Aesop Rock returns in grand style with a brand new single accompanied by an especially out-there (or should that be in-there) video that sees us traversing trippily through quite literally the inner workings of Aesop Rock.

Spoiler: Aesop Rock might have come flat pack from Ikea.

Now, whilst that is of course big news and awesome sauce, the biggest news and the most awesome of sauces actually comes accompanying this new single – bee tea dub it’s called ‘Rings’ – via the announcement that this is, in fact, just the first shot fired off of Aesop’s new album.

It’s been four year since Aesop’s last full-length album, Skelethon, but the wait is finally over and The Impossible Kid will see rap’s own rhyming encyclopaedia make his return fighting fit at (almost) forty. Especially if this lead track is anything to go by.

Continuing to develop himself further as a one-man-show, Aesop Rock has gone full auteur on The Impossible Kid by producing the whole lot, and ‘Rings’ find him rude form lyrically, but also displays the production chops he’s been picking up and honing steadily over the years. Characteristically atmospheric and nocturnal synths meet a brash beat on a slow groove with some old school sampling and scratching spliced in for good measure. As said, lyrically it’s all there and Aesop’s chops are in full flow, but you might as well just listen to the track and get hyped for that new album – tracklist and awesome artwork below. 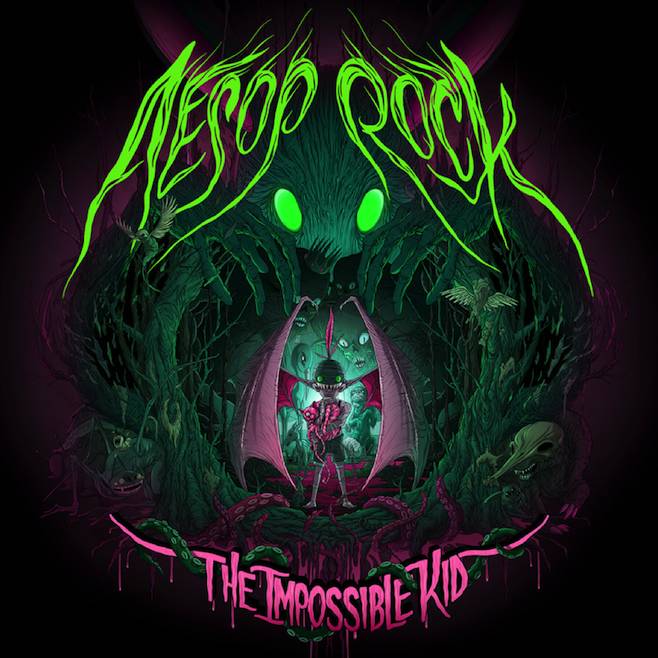