What should have been Peppermint Butler's day in the sun ends up a disappointment.

When the Adventure Time: Distant Lands specials were announced, and fans learned that we’d get four new long episodes focused on BMO, Marceline and Princess Bubblegum, Finn and Jake, and Peppermint Butler, one of those wasn’t quite like the others. Peppermint Butler is the only one of those characters to not have any episodes of the original show focused solely on him, and he doesn’t even get a starring role in any of the Grayble episodes. But he makes almost every second that he’s on screen count, and every time we see him perform a ritual it feels like a tease of what we could see if we were ever let into his day-to-day. So the news that Wizard City would give us nearly an hour of Peppermint Butler was very exciting for fans of the little occultist butler.

The announced premise of the special, that Peppermint Butler would be attending Wizard School (unsurprisingly located in the titular Wizard City) to redevelop his magical skills after being struck with dum dum juice and reverting to a child in the final season of the show, sounded like an opportunity for fans to see not just more of the character, but also to learn more about his studies and practices, something that we only ever got glimpses of in the original Adventure Time.

The fact that Wizard City would also involve a mystery that Peppermint Butler seems to be at the center of, in a suspicious and perhaps villainous way, only added to the intrigue about what this special would offer. And in the wake of not one, but two wonderfully emotional, hilarious, and lore-expanding specials, it seemed like Wizard City was going to be an indispensable piece of Adventure Time for fans of Peppermint Butler. Sadly, the special disappoints in the areas where it matters most.

It opens with Abracadaniel (Steve Little) partially witnessing what seems to be the murder of Choose Goose (Jeff Bennett) in a dark alley of the city before introducing us to the now tween Peppermint Butler (Mace Montgomery Miskel), or rather “Pep”, as he’s now calling himself so that he isn’t recognized as the renowned dark magician who has been banned from entering Wizard City. But Pep isn’t just a younger version of the Peppermint Butler fans grew to love over the course of the original show. Pep seems to be a wholly new character that the original Peppermint Butler (also voiced by Steve Little) somehow imbued with his essence, which takes the form of a ghost-like Peppermint Butler who can force himself out of Pep’s mouth to lecture the youngster.

This dynamic could be fun and interesting if the original Peppermint Butler were popping out to help young Pep study his demonology or hone his transmutation skills. Instead the original butler is cast as an entirely antagonistic character that pops out of Pep’s mouth to berate him about not doing well enough and needing to be more evil. This doesn’t just turn what could have been an interesting character dynamic into something familiar  and surprisingly rote for Adventure Time, coming off like a less nuanced version of Marceline’s relationship with her father – it also betrays the character of Peppermint Butler.

The Peppermint Butler of the show might have been an incredibly powerful master of the dark arts, but he was never a bad guy. In one episode he acknowledges that he’s taken humiliating a nemesis too far, and in another he (rather adorably) struggles to muster the courage to ask the Vampire King for an autograph. Peppermint Butler isn’t a villain or even a jerk like Magic Man, he’s a good guy who also happens to be a master of the occult, and friends with Death and the ruler of the Nightosphere.

Pep, on the other hand, is a tween peppermint who is certainly interested in developing his skills as a wizard but is not nearly as devoted to the dark arts or as charming as Peppermint Butler. But beyond the disservice done to the character that the special ostensibly focuses on, it also doesn’t even offer much of this rather one note version of that character as he only appears to the young Pep something like five times throughout the 49-minute special.

This means that the story really just focuses on Pep and his investigation into the mystery of Choose Goose and other characters’ disappearances. If this sounds like a Harry Potter fan-fiction, it feels like one too. The setting at a school of magic, the mystery that students need to unravel, and our protagonist working to clear their name are all overly familiar to anyone who’s spent any time watching or reading stories about Hogwarts’s favorite son. Add to this the fact that the special is one of the most saccharine pieces of Adventure Time television up to this point, and it ends up feeling like Wizard City is stuck somewhere between Harry Potter and the much more cutesy and lessons-focused Steven Universe, rather than being an extension of Adventure Time.

Part of this cutesiness, and adding to the feeling that this is more indebted to Steven Universe and Harry Potter, is the friend that Pep makes at his new school. Cadebra (Chloe Coleman) is Abracadaniel’s niece, who is less interested in becoming a powerful magic user than becoming an entertaining stage magician. Because of this she ends up in the lower ranks of the school with Pep and the two form a bond throughout the special that leads them to work together and bring down the villains.

At one point early in Wizard City, Abracadaniel tells her that she’s being picked on because she’s different and the way to change that is by no longer being different, a joke that feels true to the more cynical humor present throughout the show’s original run. But by the end of the special we’re meant to be celebrating that people can follow their dreams, which, again, feels like something straight out of Steven Universe. The fact that the special also seems to renounce dark magic as purely evil also speaks to what feels like a sanitization and the abandonment of Adventure Time’s ability to play with darkness (especially in the wake of Together Again, which fully leant into this darkness) and further emphasizes the betrayal of who Peppermint Butler was in the show.

Wizard City is still at least somewhat enjoyable as a bit more Adventure Time. Many of the teachers at the school are characters from the original run of the show, and there are a number of jokes that land perfectly, the best being a running gag featuring a student who has been turned into a rock that then gets lugged around by friends and talked to as if it’s capable of conversation. The animation looks great and the changes to the original style are less noticeable here than in the previous specials because almost all of the main characters are new, or at least new versions of themselves. But overall the special fails to deliver on its great potential.

While the previous specials have done a fantastic job of bringing the characters from Adventure Time into new stories that expand both their characters and the world of the show, Wizard City is a disappointment. Especially given that this is the only special to focus on a beloved character that never got the spotlight in the original show. Instead of building upon Peppermint Butler’s character from the show and diving into the world of the occult in this universe, Wizard City gives us something that feels like a distillation of the most basic parts of two other pieces of media, and ultimately betrays the character that it was meant to celebrate. 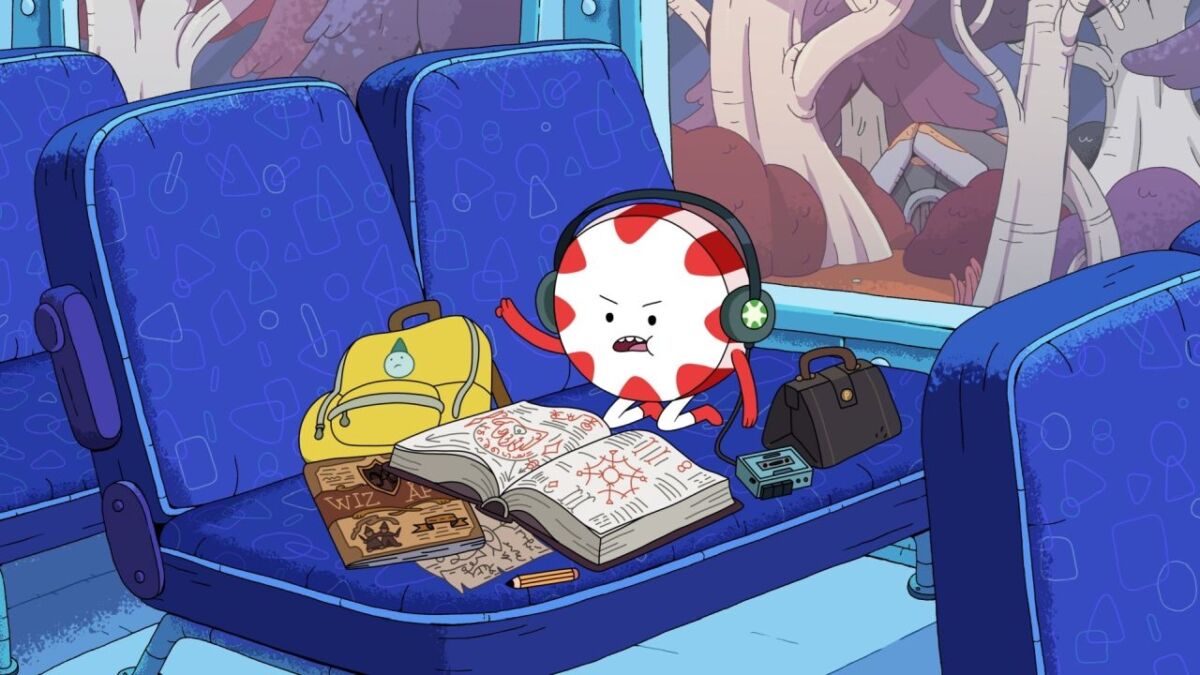 Verdict
Wizard City has some good jokes, and fun cameos from old friends, but it betrays the character of Peppermint Butler and doesn’t quite feel like Adventure Time.
5
Cultured Vultures is a pop culture website established in 2013 covering all things gaming, movies, and more. We eat your words.
All The News On Your Favourite Games