A Christmas Story Christmas REVIEW – Nostalgia in a Nutshell 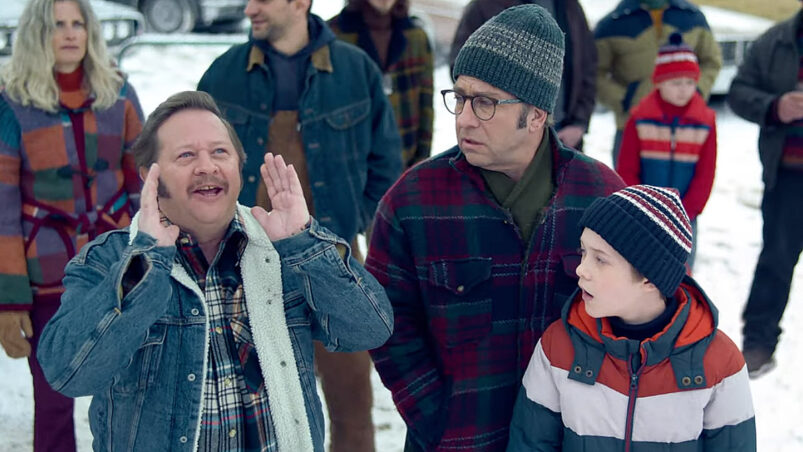 It’s that time of year when Christmas movies appear left and right on various television channels and streaming services. Spoiled for choice, I can never decide whether to give a new release a chance or to stick to my creature of habit tendencies and watch the same films I gravitate towards every year. The 2020s sure seem to be an era thriving with sequels, so what better way to embrace that trend than to revisit a classic.

What makes this sequel so much more notable is the return of Peter Billingsley as Ralphie. After concluding the events in A Christmas Story 33 years prior, our sequel begins in 1973. Now an adult in his 40s, the character we grew so fond of all those years ago is back, only this time with some epic sideburns, a wife named Sandy (Erinn Hayes), and two young kids, Julie (Julianna Layne), and Mark (River Drosche).

In the opening scene, Ralphie’s voiceover, now narrated by Billingsley, reminisces on his life up until the present day. The walls of his stylish Chicago home are plastered with various photos of him in different stages of his life, including one of him as a young boy with childhood friends Flick and Schwartz.

Such memories honor the original film, though Ralphie’s priorities have certainly changed since he was a kid. Now a parent, his biggest hope is to give his children the best Christmas imaginable. Well, that and a burning desire to have the manuscript he has been working on tirelessly to be published by the end of the year.

But the holiday cheer is short-lived after receiving the devastating news that his cherished father The Old Man Parker has passed away. Eager to console his mother, Ralphie abandons his plans for a Christmas in Chicago and drives to Indiana with his wife and kids. Through beautiful snow-filled streets, we see the Parker family pull up to the legendary Cleveland Street family home Ralphie grew up in. Though in good old A Christmas Story fashion, nothing is ever straightforward, with a minor obstacle encountered along the way.

Sequels revisiting a pristine story told years prior tend to fall short, but A Christmas Story Christmas is worth the watch for dedicated fans. Although the film relies heavily on nostalgia and themes from the 1983 classic, it does present some new elements to Ralphie’s life as a husband and father.

Many of the original supporting cast also return, which is good to see. Flick (Scott Schwartz) now runs the local bar he inherited from his father, and Schwartz (R.D. Robb) spends most of his time and money in said bar. A conversation between Ralphie and Scut Farkus (Zack Ward) is one of the most powerful moments in this story, as it reveals genuine redemption for Scut.

Despite each supporting characters’ return feeling natural and cleverly placed, most interactions remain brief and barely shed any light on their backstories, especially with Ralphie’s brother Randy (Ian Petrella). It would have been worthwhile to explore each character more, but with only a 98-minute run time and the Parker family being the main focus, I can understand why their stories remain surface-level.
A Christmas Story Christmas also adds some new characters into the mix. Melinda Dillion returning to the role of Mother Parker would have been a bonus, but Julie Hagerty being cast as her replacement is an enjoyable addition to the film. Embracing her fun side while being a loving mother to Ralphie and a dedicated grandmother to his kids is entertaining and endearing.

Sandy also gives viewers some laughs in the personality-clashing moments she shares with her mother-in-law, and Hayes and Hagerty do a great job of creating said friction. Layne and Drosche are also fantastic, and their characteristics show similarities to Ralphie as a child and are charming to watch.

There is no doubt that the highlight of this sequel is Billingsley. The film brings playful elements to Ralphie while displaying the struggles of a son who is trying to reinvent all the traditions of Christmas his father made look oh so easy. Capturing the tragic passing of Ralphie’s father and the weight that brings not only reflects their close relationship but also honors A Christmas Story. Billingsley captures all the various internalized feelings Ralphie is going through and balances them flawlessly throughout the film.

Another touching moment is the tribute to Jean Shepherd. Though his voiceover throughout the movie is sorely missed, screenwriter Nick Schenk and director Clay Katis reuse a voiceover of his from the original film to close out this sequel. Though A Christmas Story Christmas will never live up to the original, the magic of Billingsley as Ralphie along with appearances from the returning supporting cast brings the movie to life.

The major takeaway from the sequel is how it adequately reflects changing priorities as we grow older as well as an appreciation for the simplicities in life, such as spending time with family during Christmas. 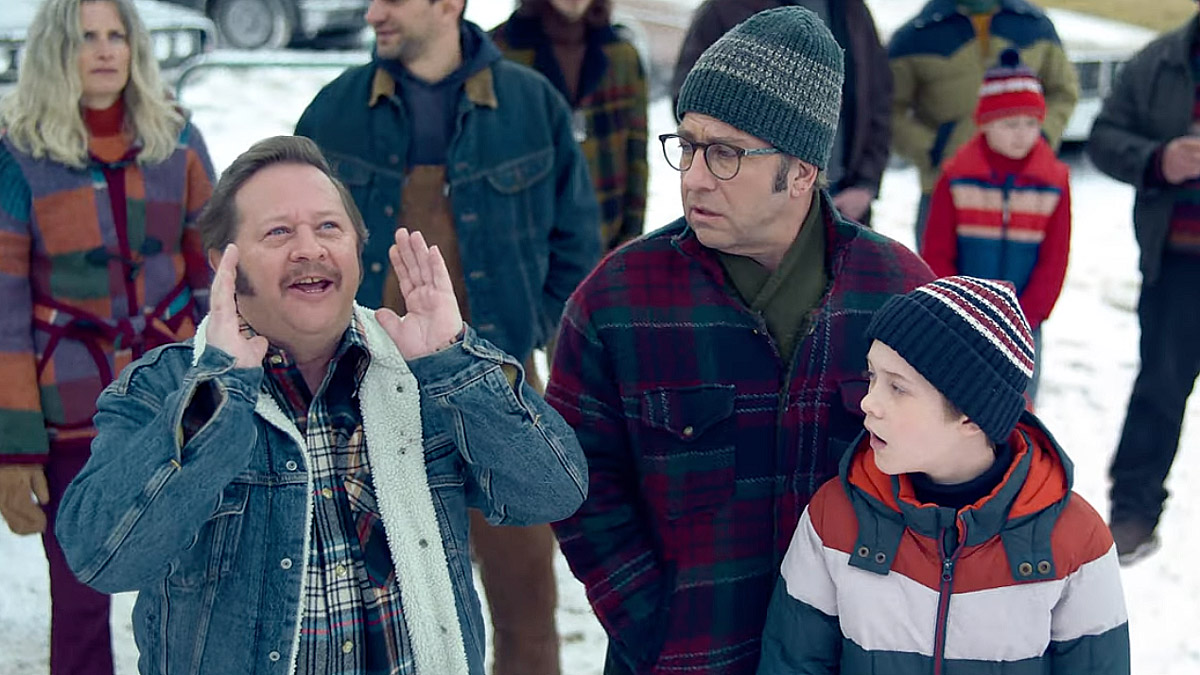 Verdict
A Christmas Story Christmas brings a healthy dose of nostalgia, sprinkled with both comedic and sentimental moments that fans of the original can appreciate.
7
Cultured Vultures is a pop culture website established in 2013 covering all things gaming, movies, and more. We eat your words.
All The News On The Biggest Games