6 Music Documentaries You Should Watch

The music industry isn't just the sounds - it's the people who make them as well, and they all have stories. 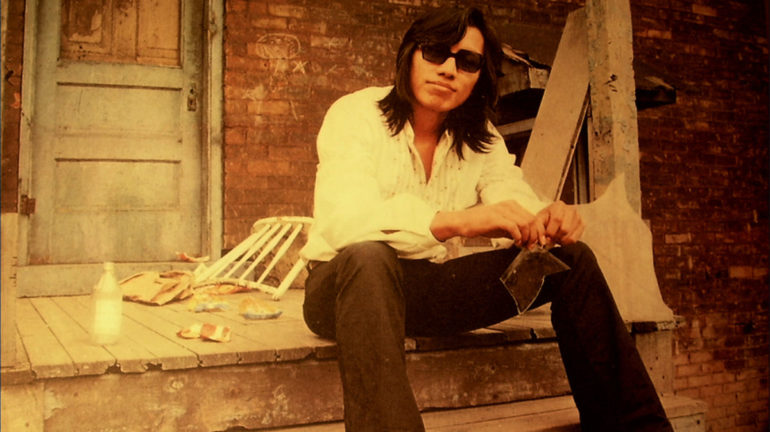 In an industry as volatile and precarious as music, interesting stories are bound to arise. We covet our favourite performers and follow their every move, creating a pressuring culture of scrutiny within each scene. Undoubtedly, humans are obsessed with music’s twists and turns, which is why documentaries on the subject are so popular.

Music’s relationship with global affairs has always been apparent, with music being influenced by world events and vice versa – which is why many of the listed documentaries are social features as much as recollections of bands, artists and agents. With the COVID-19 pandemic gripping the world, quarantine looms as a realistic prospect for many of us. So, now is the time to get reading, writing, watching and generally enriching ourselves. Here’s a list of 6 excellent music documentaries to occupy your time.

This documentary follows two South Africans’ bid to discover what happened to Rodriguez, a mysterious US folk artist who became a phenomenon in their country. A tale of colossal significance in the rock community, Searching For Sugarman is one of the most remarkable, true tales in music – which is saying something. Switching between America and South Africa throughout, the documentary offers an interesting outlook on apartheid and the underground music culture that existed due to this oppressive regime.

It’s worth watching because it exhibits elements of greed and betrayal within the music industry – a concept that is essential for everybody to understand, particularly if you’re a music fan. Unlike many documentaries that arguably follow a simple, often exaggerated story, Searching For Sugarman is authentic and reads like well-crafted fiction. Its status as a fascinating tale derives from the elusive nature of its enigmatic star, Rodriguez, rumoured to have met his fate in a gruesome onstage suicide. But that would already be saying too much – I’ll leave it there.

Skepta is an incredibly influential figure in the British underground music scene, as one of the early pioneers of grime music and founder of the Boy Better Know label, which has veterans like Wiley, Jme and Jammer on its roster. Noisey produced this documentary whilst following him and other British grime artists as they perform in the USA. It’s a visually pleasing insight into grime music and the bid to take it overseas, but also reflects Skepta’s monumental progression as an artist.

Top Boy is a great watch, particularly if you’ve never heard of or engaged with grime music, because it covers the development of a scene that is still young and raw. There’s a plethora of excellent documentaries on rock and popular music for sure, but it doesn’t hurt to occasionally delve into the underground: we often hear of American rappers touring the U.K. but the other way around, less so. As a documentary it offers an alternative British culture that isn’t broadcast to mainstream audiences – but which continues to develop and evolve even now.

The ’27 Club’ is a universally understood term at this point, a sign of the precarious nature of fame as a rock star. The most famous deaths at 27 are featured in this documentary, which explores broken childhoods, societal problems and drug abuse as it traces the untimely demises. It isn’t haunting, rather a stark reminder of the consequences of fame and despite only being an hour long, provides a comprehensive background of musicians such as Brian Jones of The Rolling Stones and Janice Joplin, to name but a few.

You should watch 27: Gone Too Soon because it asks questions that need to be asked: why didn’t anybody, including her own father, take proper care of Amy Winehouse? Questions are needed in an industry where record labels and agents act as enablers to line their own pockets. This documentary is by no means an in-depth deconstruction of the music industry but reminds us, as music fans, to recognise the mental toll that many of our favourite bands and artists doubtlessly endure.

Lil Peep’s death in 2017 was a horrible shock. Passing away due to a fentanyl overdose, the American emo rapper was a trailblazer in his art; carving a unique sound that embraced elements of rock and trap music. Everybody’s Everything reveals the inner strength of a troubled artist, who in his mother’s own words, had “never stopped fighting” his demons. A tear-jerking, emotional documentary, it tracks his life from growing up in Long Island, New York, to his untimely death whilst touring in Texas.

You should watch this documentary, because it emphasises his remarkable development and rise to fame in a deeply personal way. Featuring contributions from his grandfather, who was a “surrogate father” of sorts to him, as well as his mother, this is a rarely beautiful documentary that celebrates Peep’s life. That said, the injustices spring out too, from friends and collaborators who took advantage, to having to endure the pain caused by his unloving father. All in all, Everbody’s Everything paints a portrait of an empathetic young man, who was manipulated for it.

The mysterious French duo have been at the heart of some of the most anthemic, memorable electronic music of the 21st century. Despite being a household name, Daft Punk’s members, Guy-Manuel and Thomas have sought to protect their privacy and anonymity, hence the masks and helmets that they wear. Daft Punk: Unchained gives us as much insight into their music as can feasibly be achieved, emphasising the uniqueness of the creative process that came before each track. Featuring interviews with the likes of Pharrell Williams and Nile Rodgers, previous collaborators, it’s a colourful documentary that profiles the meteoric rise of an electronic music powerhouse.

You should watch Daft Punk: Unchained because it offers a vastly different profile to most other documentaries – the artists aren’t interviewed; their personal lives are largely left out of it. Daft Punk believe in the power of anonymity in art, rather than celebrity and this documentary is an homage to that. It’s also highly informative and is an essential watch for anybody interested in electronic music, especially if you’re a music producer – there is a calculated efficiency to Daft Punk’s every move, which is the reason they’re so successful.

Featuring interviews with Bruce Springsteen, Stevie Wonder and Sting, you could be forgiven for anticipating a documentary about a world-famous star. However, 20 Feet From Stardom instead reflects on the lives and careers of the backup singers, that helped characterise rock and popular music in the later years of the 20th century. It’s a heartfelt profile of a litany of wonderfully talented singers, such as Judith Hill and Darlene Love, which brings a new understanding to the art of background singing.

The documentary succeeds in exemplifying the rarity of the talent that these singers possess, by giving ample attention to their successes within the industry. It’s worth watching because, unlike the other documentaries on the list, 20 Feet From Stardom brings attention (and deservedly so) to lesser-known artists who have contributed to the music scene. Furthermore, you should watch it because it’s a warm, empowering documentary that presents itself both informatively and passionately.