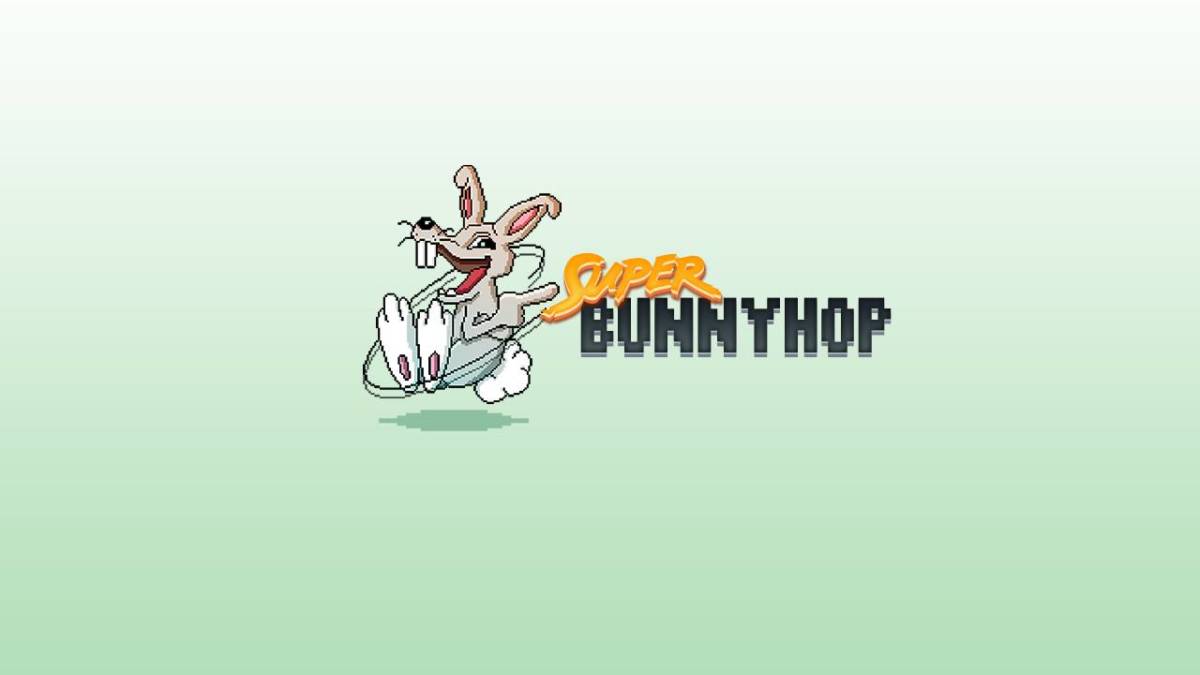 Let’s face it. The internet is a shit-hole. It’s a weird, festering wild-west of racism, casual homophobia, Freudian Nazism, and Alt-Right stupidity. The people who aren’t filming corpses in the woods are bearded Neo-Nazis trying to pass off right wing gun-nut terror fantasies as ‘rational scepticism’, and trying to find something entertaining, something worthwhile in all that crap is pretty understandably challenging.

But it’s okay, because we here at Cultured Vultures have done all the hard work for you. Here are five YouTube gaming channels you should probably go check out if you’re interested in video games, video games and not being a Nazi.

If you want an indication of George Weidman’s tastes, you should probably start with his ‘critical close up series’. The name implies a close analysis of any game that takes Weidman’s fancy, and that’s partially true; he’s written on the earl Zelda’s, Doom and, like most video game writers, Dark Souls but the fact that the whole thing seems to be an excuse to talk about Metal Gear Solid is probably indicative. The Super Bunnyhop videos on Metal Gear Solid are mammoth, 45-minute or so write ups about all save the most recent Metal Gear Solid games. That should tell you everything you need to know. Weidman likes his camp. He likes camp, melodrama and stealth. Those tendencies infect his work, too.

Where a lot of video game discourse ranges from stupidly self-serious to ‘bad CBBC comedy sketch’, Weidman’s work strikes the perfect balance between actually interesting analysis and semi-self-deprecating humour. His videos mingle joke promotions for ‘George-socks’ (adorably silly socks with face on it, which he asks you to buy because ‘(he) don’t wanna live on the streets again’) with work in which he manages to analyse every single opening level of almost every single 2d Sonic The Hedgehog game. This is a channel that knows video games are stupid with a capital ‘S’, but manages to take them seriously anyway. Super Bunnyhop strikes a wonderful balance and we urge you to check it out.

There’s other work on there, too, investigative work that no-one else seems quite bothered to do. More than just reviews, Weidman’s work sees him investigating games no one’s ever heard of in his ‘games from my inbox series’, ill-informed paperback adaptions of early noughties video games, and the realities of early computer video gaming in soviet era East Germany. This is one of the brightest, most intelligent and most interesting YouTube gaming channels out there right now but, with only three and a half thousand subscribers at the time of writing, not many people really seem to know who he is. Maybe, just maybe, that should change.

Cool Ghosts is a bit of a weird one and it’s probably fair to say they’re only just working out what to do with themselves. That’s no bad thing, however, because it means Cool Ghosts is always doing things a little differently.

Formed by one-time OXM writer Matt Lees and Rock-Paper-Shotgun freelancer Quintin Smith, the site was originally pitched as the video game equivalent to excellent board gaming site Shut Up and Sit Down (also run by Lees and Smith)- which is to say a video game reviews site tinged with a particular brand of silly British absurdism. That proved kind of difficult, however, because where board games are traditionally underserved in the journalism department, the video game news-cycle is the late-capitalist monster that just won’t shut up. So Cool Ghosts became something different, something that refused to play by the rules. Where IGN’s colour scheme is a cool, edgy red white and black, Cool Ghosts went pink in a seemingly exclusive attempt to piss stupid people off. Where Gamespot followed the relentless video game newscycle, Cool Ghosts talked about whatever took its fancy in the moment. Indeed, its ‘best game ever’ series was a breath of fresh, critical but optimistic air in a dialogue so often awash in industry-based cynicism and Zero Punctuation-style vitriol. That, alongside the show’s accompanying (but now seemingly defunct) podcast were about celebrating the innate weirdness of video games and what it means to love them.

Recently, though, the channel’s taken a different, slightly more ambitious turn. ‘Cool Ghosts’ is now the name of an ongoing series in which Lees and Smith die in a horrible bleach and bath accident, wake up in Limbo, and find their only entertainment is something called video games television. That’s the framework for a slightly weird, slightly charming little show inspired by the kooky crap of the late nineties. Framed by the scary non-adventures of its two dead antagonists, the hosts take the opportunity to talk about video games no-one else seems to be bothering with, video games like ‘The Starving Artist’ and Viva Pinata of all things. It’s weird, it’s funny and, though Lees’ commentary isn’t as focused as it maybe could be, that’s part of the charm. If their earlier was about exploring what it means to love games, this series is about what it means to love games when the industry and the culture they represent has long since ceased to be relevant. There’s nothing else like it.

If Cool Ghosts and Super Bunnyhop are eclectic and weird, Christopher Franklin’s Errant Signal is probably as close as gaming YouTube gets to University Literature lectures. Errant Signal is a little dry and a little dull, it takes itself pretty seriously but it nonetheless approaches video games with the kind of intellectual rigor and critical analysis everyone else denies them. Go to Errant Signal not for feature lists, for ‘top tens’ or humour, but for deep erudite dives into the biggest games in history. Not so much how’re they’re made, but how they work, both as a coalition of systems, and as narratives in unflinching interaction with society, culture and politics.

If you’re the kind of person who thinks games can, should and do stand up alongside the best of film, literature, music and art, then Errant Signal agrees with you. This stuff is dry, but it’s important. Improving the quality of the discourse is the best way to improve the medium itself, and Franklin’s work insists on holding Video Games up to the highest artistic standards possible.

I admit, I’ve got a bit of a fetish for those ‘the making of’ style documentaries. You know, the ones you get on extended edition cuts of DVDs, where they take you behind the scenes and all the grand sweeping fantasy vistas become green screens and Gandalf becomes Ian McKellan struggling to LARP? Those ones. Love ‘em.

NoClip documentaries, started by one-time Gamespot video editor Danny O Dwyer, are basically those but for video games and on the internet. Lengthy (almost feature length) and enthusiastic dives into the making of some of this generation’s biggest games, from Doom to Horizon Zero Dawn and The Witcher 3. These are open, honest and genuinely passionate glimpses into how video games are made, into what went wrong, what went right and what might work next time. NoClip aren’t doing anything especially new, they’re not Cool Ghosts, but they are doing something unique, something no-one else on the internet wants to commit themselves to.

Remember at the start of this article when I described Super Bunnyhop’s critical close ups as ‘mammoth’? Well, the centrepiece of Hbomberguy’s YouTube Ouvre is an hour and a half video entitled ‘Fallout 3 Is Garbage And Here’s Why’. That sounds kind of clickbaity, I know, and exactly why anyone would want to spend an hour and a half listening to someone complain about a video game is beyond me. But, despite that, there’s something about Hbomberguy’s work, something nebulous about his online persona that makes me want to spend an hour and a half tearing one of my favourite video games to pieces. Despite the title, Hbomberguy’s videos are elouquent, funny, well-researched and balanced, there’s a propulsive energy to his personality and editing style (like strange cutaways that see him throwing mayo-y bread onto his Macbook) that makes him compulsively watchable.

More importantly, though, Hbomberguy is aware of just how toxic the internet really is (Hbomb’s other passion is tearing down the alt-right xenophobes I talked about at the start of this article) and he’s oh so happy to take on and ruthlessly parody the worst aspects of internet gaming. He recorded his actually somewhat positive No Man’s Sky review in a shouty, hyperbolic ANGRY VIDEO GAMES MAN voice and peppered the footage with shots of skulls. One of his early videos, a joke review of Lords of the Fallen, frames him out of focus for a good fifteen seconds, only to focus on him perfectly in the next shot. After that, he does the entire review with about sixteen sunglasses on his head. Just because he, well, can. It’s madcap and irreverent and stupid without ever actually being stupid. Hbomberguy’s work is valuable not just because it’s fun, but because it finds a way to satirise wider gaming culture without sacrificing the depth of its critical cuts. Look him up.

Hey, we’re also on YouTube. Subscribe to validate us and make us actually do something with the damn thing.