Generic rock anthem #368 isn't doing it for me. 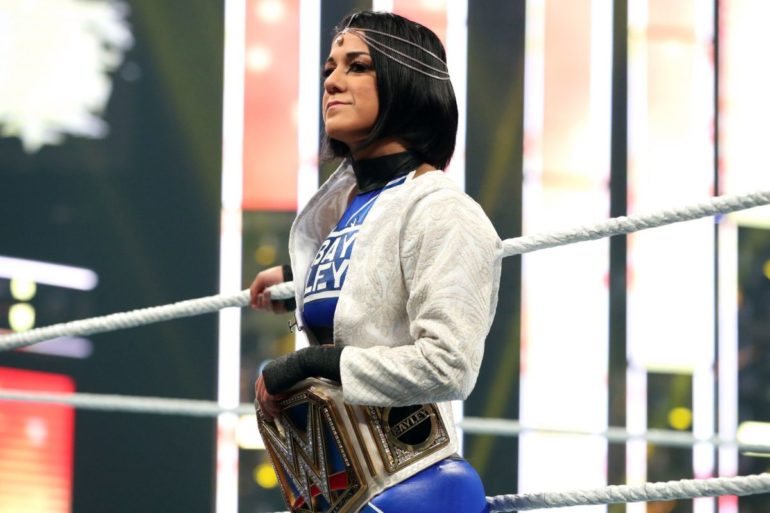 A wrestler’s entrance can do wonders in getting a superstar over with the fans. In the past, we’ve seen superstars go from being a bit of a chump to becoming the most over thing in the industry and that’s been all down to their entrance music alone. But for every Bobby Roode or Fandango, there’s an equally uninspired track that doesn’t quite make their respective superstar seem like the modern-day attraction that they deserve to be.

In an era where we’ve had such bangers as Bobby Roode’s Glorious and Shinsuke Nakamura’s Rising Sun, it’s almost inexcusable when the latest in line of WWE’s sound artists can’t seem to produce anything that gives their superstar enough hype.

Arguably, you could put this down to the loss of CFO$, the genius’ behind the aforementioned tracks and producers of many of WWE’s most renowned entrance themes of the past decade. But regardless, WWE should have a good enough idea of what sort of music gets a performer over with the crowd, something that can goad the fans into chanting along with it, making it just as much of a part of the show as the wrestler themselves.

In this piece, we’re going to run down 5 superstars that desperately need a new track for their entrance music. Whether that be because they’re just too big of a star or because their current theme is just so lacklustre and generic, WWE have a lot of work to do with their new music group.

The current SmackDown Live Women’s Champion underwent her long-anticipated heel turn during the fall of 2019, totally overhauling her image and entrance with a new grungey aesthetic, doing away with the vibrant colours and wacky-waving tube men. As much as Bayley needed this soft reboot, it was a shame to see WWE pull the plug on one of the most fun and colourful entrances we’ve seen from the women’s division in quite some time.

There’s no doubt that Bayley’s hugger character got over big time with the WWE Universe. Both kids and adults loved seeing Bayley and jammed hard to ‘Turn It Up’, her former theme that sent arenas into a frenzy. There’s no way her previous entrance music would have suited this renewed ‘Role Model’ character, but for WWE to follow up the success of her first theme with one of the most generic hard rock pieces you could imagine, it’s kind of a slap in the face to her former glory.

Bayley remains one of the most popular stars on the women’s roster and her championship success on SmackDown Live this year should be enough to warrant her something more than the entrance theme she’s currently using. It’s almost as if Bayley was taken all the way back to her initial NXT debut, when the fans had no expectations of her character and had no means of identifying with her. Now, she’s a marquee attraction and needs something that makes people think “Oh boy, here comes Bayley”.

The Viking Raiders might not have had the smoothest transition from NXT to the main roster but it ultimately paid off in their favour, having already ascended to the top of the division and claiming the RAW Tag Team Championships within their first year.

Even though Erik and Ivar were pitched as an unstoppable tandem, they have already been knocked off their pedestal and made into ‘just another team’ on the main roster, which is a shame considering how talented they are and how much they stand out amongst the rest of the division.

Considering they have one of the more fantasy-based gimmicks, you’d think WWE would double down on the Norse and give them an entrance worthy of the Norse gods themselves. That could all start with their music. Their current theme isn’t exactly the worst of tunes, and it has inspired a new generation of fans to keep the iconic “War” chant going despite the name change, but it isn’t exactly fitting of a marketable main-roster attraction, it’s still very NXT.

Perhaps tap into some Norwegian Black Metal, a genre that hasn’t really been utilised in WWE before. With the company exploring more edgy characters like Aleister Black and The Fiend, The Viking Raiders could easily start re-building their credibility with a brand new, darker entrance.

One of the biggest requests from the WWE Universe is to see Jeff Hardy return his popular ‘No More Words’ entrance theme. With his brother Matt departing for greener pastures, ‘The Extreme Enigma’ has gone solo and is beginning to carve out his comeback run on SmackDown Live.

Rather than continuing to flog the Hardy Boy horse with the iconic tag team’s entrance theme, WWE should allow Jeff to debut one of his original tracks, or bring back his singles theme from Endeverafter. It would finally give Jeff a bit of a niche to work with, rather than being kept as a perennial tag partner. If Jeff is taken seriously as a singles star, then fans will flock to him and build him up as one of the most popular stars on the SmackDown roster.

Jeff could have easily walked out of WrestleMania with the Universal Championship if WWE were to start pitching him as the star attraction of the Hardy duo, just like they succeeded in doing so in the late 2000s. Jeff is an electric human being who naturally suits an entrance with a bit more flash and flair than the rest of the roster. Giving him that makeover would go a long way in keeping him relevant in this stage of his storied career.

‘The Great Liberator’ and current IC champ, Sami Zayn, has been entering arenas with one of the strongest babyface toe-tappers in WWE history. I adore Zayn’s entrance music: when he first debuted in NXT and soared through the ranks all the way to the main roster, his music helped fans identify with him as one of their heroes and allowed for fans across the world to show their undying support.

Since Zayn turned heel in 2017, it’s been hard to truly despise the guy that everyone backstage seems to think is one of the most frustrating superstars to work with. His music hasn’t changed from the upbeat track that helped cement him as the shining star of NXT, meaning that its tough for those fans who were about for his monumental championship win to take him seriously as a dastardly villain.

Zayn has been riding on the backs of Cesaro and Shinsuke Nakamura’s entrances for the best part of his run with The Artist Collective, but now that he’s being given the run he should have been granted years ago on the main roster, he needs to have some sort of revamped entrance to match his new character. Luckily he’s been able to sell himself as a heel through his mic-work and in-ring psychology, but the entrance is the last piece of the puzzle to fully complete his character transformation.

He should certainly maintain that comical style to match his personality but it needs to be brought down an octave. Maybe even just cover his original theme with some electric guitars or add in some dubstep? It would instantly change the vibe of an arena when the mid-card champion hits the ring.

Seth Rollins has been a staple of the main event scene since turning his back on The Shield in 2014. Having evolved so much over the years, Rollins is now being hailed as the ‘Monday Night Messiah’, a superstar that has ascended to an omnipotent status amongst the traffic jam of incredible talent on the main roster. Despite his budding megastar presence, Rollins’ entrance isn’t quite worthy.

The furious percussion of ‘Burn it Down’ doesn’t really suit his new character and has always come across a little too generic for me to get behind. There have been a few flashes of customisation over the years, including a fantastic vocalised cover from Downstait. It’s a shame that WWE never chose to use this banger when he returned from his crippling ACL injury to challenge Triple H and Brock Lesnar.

I think something a little more exciting would go a long way in re-establishing him as the top guy on RAW, a worthy challenger to Drew McIntyre’s WWE Championship at Money in the Bank.