5 Things Your Local Indie Wrestler Wants You To Know 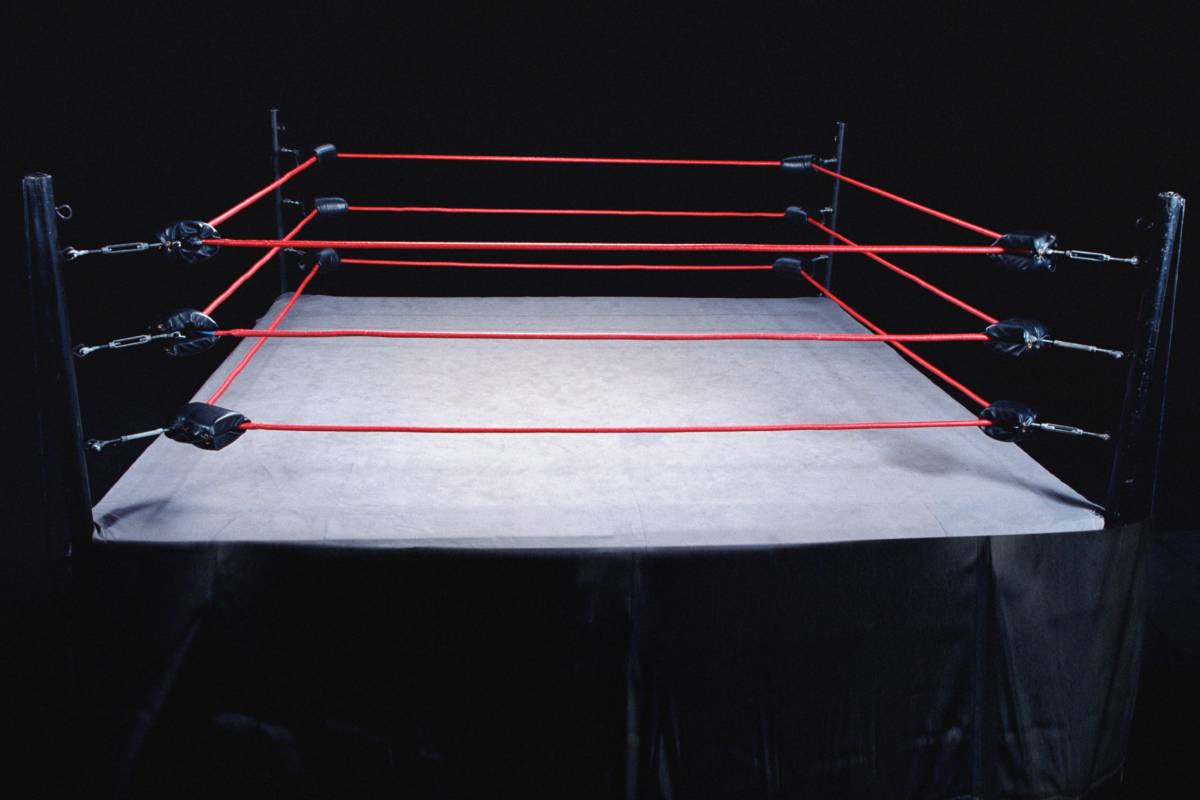 For the past few years I’ve been part of the ring crew with Independent Wrestling Entertainment, an indie wrestling promotion in the state of Maine. The company’s just recently celebrated its 10th anniversary, and in its time has had more than a few big and rising stars pass through its ropes. Just the past weekend we had another set of shows, which had had me thinking about the indie scene and how different it is from larger companies like WWE and NJPW. Out of curiosity, I spoke to several of the wrestlers, asking them a simple question. “If you could tell the fans something, what would it be?” The answers I received have given an interesting perspective on the cultural difference between indie and big leagues, and I decided to share their thoughts. Bear in mind, all names are those of the wrestlers’ in-ring personas.

1. It’s not a luxurious life

“It’s not as easy as it looks,” referee Joey Glietz had to say, “we’ve all got to balance this with a full time job as well as everything else in life.” The truth is even though it might seem like the wrestlers in the ring are enjoying the easy life, it truly is a tall order. With some of the talents coming from several hours’ drive away for a payoff that mainly revolves around how well ticket sales do, life in the indie scene is truly a labor of love. I know for a fact that several of them go from a full-time job straight onto the road just to make it in time for the shows. A lot of them use the sale of their t-shirts and other merchandise to make sure they don’t lose money on the travel, and most of them carpool in order to save time and fuel. Life as an indie wrestler is a true labor of love; the men and women that get in the ring do so because they love it. So next time you watch a show at your own local indie promotion, remember – these people are still working full time jobs and they’re doing this for all of you.

2. Know where the line between fantasy and reality is

‘Aftershock’ Adam Ricker had this to say regarding the fans: “We’re here to entertain you and keep you watching. We’re a much more intimate group because of how small we are. Don’t go too far with it.” Indie wrestling is a very different beast compared to WWE. Because of smaller venues and smaller crowds of highly devoted fans, it’s a much more personal and intimate environment. This is a double edged sword; on the one hand, a devoted fanbase will likely purchase more merchandise and buy tickets reliably. The downside is that some fans can get too caught up in the moment. A heel cheating and pulling a dirty trick to get away with the title might trip off some very angry reactions, especially if some in attendance have had too much to drink. There have been occasions in the past where people have had to be escorted out of the building due to their overreactions. Furthermore, IWE attempts to keep a PG show – to the point where ring announcers have had to directly say at the start of the show that excessive profanity is not allowed. Enjoy the show, but remember: don’t go off the deep end.

It seems similar to point two, but it’s worth repeating. One half of the IWE Tag Team Champions, ‘The Ultraviolent Assassin’ Rob Marsh, had this to say: “Don’t hijack the show, don’t try to get yourselves over as an audience.” This sentiment was echoed by IWE Champion ‘DangerKid’ Levi Lexington of the Maine State Posse: “It’s great if you want to show how much you love the show, great that you bring signs and chant and scream your heads off, but don’t try to actually be the show.” This builds off what I said in point 2 – because of the more personal, more intimate nature of many indies, it can be easy for fans to try and ‘be the show’. This is not only irritating and downright disrespectful, but it’s also giving the production crew running cameras and sound a much more difficult time. This goes double during promos; we all get that you’re booing and dissing the heel because you don’t want to hear what they have to say, but there comes a time to let them speak just so the show can move along. This isn’t WWE, chanting ‘What!’ every time someone stops to take a breath gets old. And I say that as both a fan and a member of the crew.

I’m going to be blunt here. At your local indie promotion, odds are you’re going to see quite the colorful collection of men and women stepping in the ring. I’ve personally seen a babyface Russian tag team claiming – in terrible Russian accents – that ‘Russia loves cheeseburgers’. I’ve watched a wrestler use a move called ‘Balls 2 Faces’; no prizes for guessing what that move involves. I’ve seen stereotypes of all shapes and sizes, cranked up to 11 by the sheer nature of wrestling and its gimmicks. One of the greatest bits of advice for how to handle this type of variety comes from former promoter and wrestler ‘Da HEY Man’ Eric Johnson: “if you come to a show, keep an open mind. If you come here with the mindset that you want to have fun and enjoy the show, you’ll often enjoy it.” I can personally attest to this as well. Confession time, I was never a wrestling fan growing up. I didn’t watch WWE during the end stages of the Attitude Era on up. Going to an IWE show when I was invited by friends was my first ever experience with wrestling, and I didn’t think I’d enjoy it but I tried to keep an open mind. By the end of the show I was on my feet shouting and chanting, cheering the wrestlers on. It was an incredible experience – one that I wouldn’t have had if I had kept my mind closed off to what wrestling is about. If you go to an indie show, know in advance that you might see some things that you could find distasteful or even offensive. Just remember – keep an open mind. The unpleasant stereotype is likely doing so to get booed as a heel, after all.

This is the number one point that everyone brought up, and former heavyweight champion Alexander Lee said it best. “When you come out here, you’re seeing the next generation of WWE superstars as they’re developing and growing.” And considering the surprisingly star-studded cast of wrestlers that have in the past called IWE home this is clear. WWE Women’s Superstar Sasha Banks is actually a former IWE Women’s Champion, and Warbeard Todd Hanson has also stepped between the ropes in Maine’s longest-running independent wrestling company. Maine State Champion ‘Big Moxie’ Matt Mahoney also underlined this point: “Just because a show doesn’t have a name you know doesn’t mean you shouldn’t go and enjoy yourself.” I had no idea that IWE even existed when I went to my first show, but now I’ve become a regular member of the backstage crew all because I gave it a chance. The indie wrestling scene is where new talent grows, but they can only grow and become new superstars if you – the fans – come out and support them. Ring of Honor didn’t come out of nowhere, folks; they started as an indie, same as IWE. The show can’t exist without the fans coming out, paying for their tickets, and jumping on for the ride.

So next time you’re looking for some weekend entertainment, jump online and see if there’s an independent wrestling promotion in your area. They’re all over the place, so odds are you can find one at least within driving distance. For less than the cost of a movie and popcorn, you can in all likelihood see the next generation of wrestling develop and grow. And that is an experience you can never replace.

If you’re in the Maine area, give IWE some love. I know I’ll be there, busting my butt and doing my part – as small as it is – to make sure the fans in the seats are seeing something they love.

Oh, and one last thing for the fans to know: don’t try to shake the masked monster’s hand!