Stuck in a TV comedy rut? Wrap your eyeballs around some shows you might not have tried before. 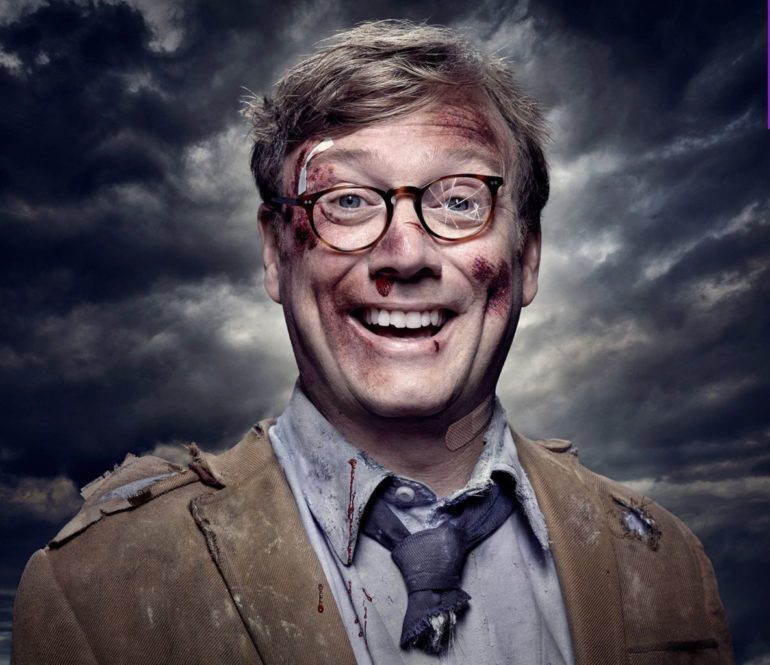 It’s a quiet Saturday night. The working week is over and, finally, you have a chance to get comfortable and put your feet up in front of the TV. Yet the question is always ‘what should I watch?’.

Of course, you want to relax, so a nice bit of comedy will help set the mood and raise those endorphins! Sure, you could embark on your seventh rewatch of Friends, get reacquainted with Brooklyn Nine-Nine or The Office (UK or US, we don’t discriminate), and no-one will judge you. They’re all safe choices that will certainly do the trick.

Sometimes, however, you just need to branch out and take a risk. With comedies especially, so much tends to come out that it’s impossible to catch it all, meaning a lot of top-quality stuff will inevitably fly under the radar. There are many gems just waiting to be discovered across the usual streaming sites and beyond, and these are just a few of them.

Keep in mind that comedy is delightfully subjective, so not everything below will be for everyone, but we’re fairly confident there’ll be at least something to your liking.

If you have ever wondered what it would be like to lead a cult, go into space or get divorced, then Review is the show for you. Andy Daly stars as professional TV critic, Forrest MacNeil, in the mockumentary show-within-a-show where Forrest will quite literally review anything. And I mean anything.

Viewers send in suggestions to Forrest’s show ‘Review with Forrest MacNeil’ before he enthusiastically (and rather profoundly) reviews whatever it might be on a scale of 0.5 to 5 stars. That’s right, there is no event worthy of 0 stars for Forrest MacNeil – not even trying out being racist.

The reviews, and his unwavering commitment to them, begin to impact upon his real-life as the show becomes progressively darker and more twisted, but Review never loses its charm nor does MacNeil become any less likeable.

Ironically enough, Review never quite got the ratings it truly deserved across its 3 seasons and 22 episodes. However, if you want to see what it’s like to be buried alive, eat 15 pancakes and then 30 pancakes in the same day or get kicked in the nether region, you simply must seek out Review.

FOR FANS OF: Nathan For You, The Increasingly Poor Decisions of Todd Margaret, Maron

Cartoon Network is responsible for nearly as many successful cartoons as you’ve had hot dinners. You can probably name 10 off the top of your head right now. What you may not have realised, however, is that CN is also responsible for the late-night, more adult-centric programming block, Adult Swim.

Adult Swim has been responsible for a fair share of cult classics since its inception nearly 20 years ago, including the likes of Space Ghost: Coast to Coast, Sealab 2021 and Harvey Birdman: Attorney at Law. More recently, it has given the world Mike Tyson Mysteries, Robot Chicken, and Rick and Morty. One cartoon that has been present for almost all of Adult Swim’s lifespan is The Venture Bros. – a cartoon adventure series with heaps of black comedy and drama. It follows the Venture family, headed by jaded genius and former boy-adventurer, Dr. Thaddeus “Rusty” Venture, his incompetent twin teenage sons, Hank and Dean, and their bodyguard and killer, Brock Sampson.

Taking loose inspiration from the 1960’s animated series Jonny Quest with the family action-adventure dynamic of a close-knit unit travelling the world (but quickly evolving far beyond it), The Venture Bros. is a surprisingly witty, often weird and very unique show that turns the hero/villain dynamic 180 degrees and bends genres with devilish glee. What happens to a guy like Jonny Quest 30 years later? The Venture Bros. is your answer – incredibly bingeable, with plots and writing that only get stronger as the seasons continue.

An eighth season was confirmed back in 2018, but as of yet has no air date. Creators Jackson Publick and Doc Hammer did confirm back in mid-2019 that work on the new season was underway.

FOR FANS OF: Rick and Morty, Archer, Final Space

At only 6 episodes and a total run time of less than 2 hours, there is basically no excuse not to binge ‘I Think You Should Leave’ in a single sitting.

Saturday Night Live alum, Tim Robinson, is the writer and star of this all too short sketch comedy, which plays right into his comedic sensibilities of all things silly and weird. The sketches themselves are often difficult to pin down, but normally find a premise that escalates in absurdity (with similar vibes to ‘Tim and Eric Awesome Show, Great Job!), throws in a baffling left-turn and ends the same way – with you in a fit of gut-busting laughter.

There are a variety of guest-stars throughout ‘I Think You Should Leave’: Steven Yuen, Andy Samberg and Cecily Strong, to name but a few. All guests are more than happy to go all-in during their respective sketches and give strong performances (especially in the ‘Mud Pie’ sketch with everyone blaming each other about a poop-related incident).
A particular favourite sketch sees Will Forte as a vengeful and ridiculous old man, seeking his revenge on Robinson’s character during a plane flight after having his flight disturbed by the same man (then a baby) years prior.

The sketches, in their own ways, are all uniquely barmy yet remain grounded in the silly language – again, see the ‘Mud Pie’ sketch as reference of this.
Those starring Robinson are, naturally, the best the series has and Tim is nothing short of a delight to watch from start to finish.

There have steadily been more and more shows in recent memory focusing on the awkward period of teenhood and growing up, like Sex Education or Big Mouth, for example.

It’s pretty standard to get the teen experience from a male and female perspective. It is somewhat odd to not get many from a uniquely female viewpoint, with few notable exceptions like Derry Girls and Gilmore Girls.

PEN15 takes this sub-genre and flips it on its head as adult co-creators Maya Erkskine and Anna Konkle play 13-year-old version of themselves in the year 2000.
What’s more, all of their high school cohorts are played by actual 13 year-olds. On paper, it comes across kinda odd, but there’s with a very fresh (and funny) take here.

Initially, it can be jarring to see 30-somethings interacting with people less than half their own age, but thanks to solid performances, clever camerawork and nothing short of absolute commitment to the roles from Erkskine and Konkle, any worries you might have are quickly banished. Even in the more emotional scenes, it’s easy to forget Maya and Anna aren’t actually 13 – it’s a real testament to the duo of how much they give and how much more they consistently deliver.

While PEN15 doesn’t maintain the same narrative drive as shows like Sex Education or Big Mouth, it maintains a female perspective of puberty and growing up throughout, alongside plenty of comedic moments and insight. PEN15 dives into the high school ‘mean girls’, the good and the bad of puberty’s discoveries, embarrassing haircuts and assigning roles to your own Spice Girls lineup. The show touches on so many notes that will no doubt ring true to anyone who watches.

It’s the satisfying authenticity and friendship of Maya and Anna that will keep you coming back for more.

Snuff Box received almost zero attention when it first aired back in 2006. Despite boasting the comedy chops of Matt Berry and Rich Fulcher, and coming hot off the successful heels of their roles in The Mighty Boosh, BBC Three decided to show it in a graveyard slot on the same channel.

Only 6 episodes in length, Snuff Box was a dark sitcom with Berry and Fulcher playing fictional versions of themselves. Mostly set in a ‘gentlemen’s club for hangmen’, Berry plays one of the said hangmen, with Fulcher acting as his assistant.

The show is incredibly bleak and it often doesn’t take more than a minute at most before things get supremely grim – Berry and Fulcher sharing a laugh moments before sentencing a hooded figure to death, the cynical endings to a recurring sketch in which Berry attempts to court a woman before finding out she’s in a relationship, and the duo killing Elton John because he used their rehearsal space, Berry taunting the icon with his medication before his heart gives out and Fulcher is forced to saw him into pieces.

In short, don’t go into this expecting much in the way of levity.

It’s a damn shame that Snuff Box only gave us one series and a bigger travesty that the Beeb never gave it a chance in the first place. To be honest, in today’s climate, a show like Snuff Box would likely never be made in the first place. But what it did give us was something crude, dark and fantastically funny unlike anything on TV before or after (not to mention plenty of delightful Berry-penned musical jingles, which is always a welcome thing).

FOR FANS OF: Garth Marenghi’s Darkplace, Look Around You, Brass Eye