5 Best Storylines the MCU Can Tell Following the Infinity Saga

Where on Earth (and in space) could the MCU go after that ending in Endgame? 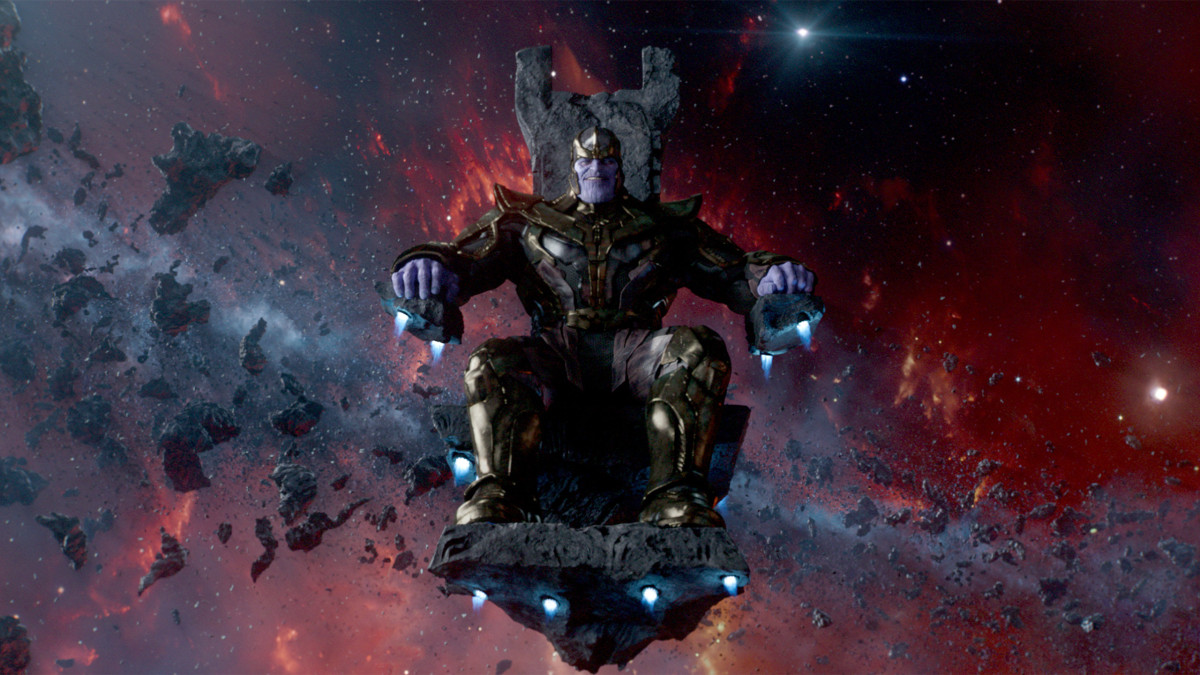 With Marvel Studios’ epic twenty-two film culmination event Avengers: Endgame claiming its place as one of (if not, the biggest) films of all time, fans are eagerly awaiting the next phase in the Marvel Cinematic Universe. As we collectively bade farewell to some of the OG Avengers and prepare ourselves for a changing of the guard, all eyes now turn to 2020 and beyond as we get set to enter the next saga of the Marvel universe.

With the first twenty-two films now officially being dubbed as the ‘Infinity Saga’, what overarching storyline will connect the next phase of the MCU? It’s an interesting question as to what possible threat the MCU’s toughest and buffest will face off against next after the surprisingly complex Thanos was so ceremoniously defeated in Endgame.

And so, with the Infinity Stones no longer playing a prominent part in the current Marvel timeline, join me as we examine five of the best Marvel storylines that the MCU can tell following the Infinity Saga.

What is it?
The Avengers vs. X-Men was a 2012 storyline in Marvel comics that saw the two famed superhero teams going head to head in the wake of the Phoenix Force (the same force that turned Jean Grey into a genocidal maniac way back when) returning to Earth.

The X-Men believed it could herald the rebirth of the mutant species after the population took a giant hit in previous years, however The Avengers feared only destruction would follow the re-emergence of the cosmic force.

How can it be adapted?
Marvel Studios paid out a massive $71 billion to obtain Twentieth Century Fox this past March and with it, gained all the rights to the X-Men and Fantastic Four properties, which had fans foaming at the mouth for the inclusion of their favourite mutants into the MCU.

Marvel Studios president Kevin Fiege has gone on record as saying that they don’t have any plans to bring the X-men into the MCU for at least five years, so adapting such an event may be a while off yet, but whenever they do decide to introduce the mutant misfits into the Marvel Cinematic Universe (probably somewhere around Phase Five), a multi-powered mash-up between the Avengers and X-Men is certainly a route the fans would be happy to see unfold on the big screen, and could even challenge Avengers: Endgame as the biggest superhero blockbuster of all time.

And while the Phoenix Force most likely won’t be the catalyst for the superpowered conflict, a sudden emergence of a dangerous group of people with extreme abilities may very well gain the unwanted attention of The Avengers.

Chances of happening?
With the inclusion of mutants into the MCU, a brawl between these two teams is almost inevitable.

What is it?
In Siege, Loki, God of Mischief and Thor’s ever jealous half-brother, manipulates the then United States primary defence officer, Norman Osborn, into leading an all-out assault on Asgard, which was temporarily located in the United States. This leads The Avengers to stage a rebellion against Osborn and a showdown with his own team of villainous doppelgangers, the ‘Dark Avengers’.

How can it be adapted?
By the end of Thor: Ragnarok, Asgard was completely destroyed by the prophecy fulfilling fire demon Surtur in a move that left a spaceship full of people without a home. Worse still, that big, purple, ball-chinned Thanos wiped out half of the remaining survivors and left them all fleeing for safety, without the aid of their king.

However, in Avengers: Endgame, we finally get to see what became of the last of the Asgardians with a little trip to ‘New Asgard’ somewhere on the Nordic coast. It’s a neat hat-tip to the comic books that had the Asgardians set up shop in Oklahoma, America for a short time.

Now, obviously, the filmmakers could have had the surviving Asgardians travel anywhere in the galaxy, so bringing them to Earth seems like a considered decision by the gang over at Marvel.

What reason could Kevin Fiege and the brain-bunch have to keep ‘New Asgard’ so close to home? Only time will tell. But with Chris Hemsworth reportedly striking a new deal with the studio and Thor teasing further adventures with the Guardians of the Galaxy, perhaps the MCU has big plans for all things Asgardian in the near future.

And while a straight up adaptation is unlikely, given that Norman Osborn has yet to be introduced into the MCU, it’s safe to assume he might make an appearance sooner or later. After-all, someone is surely going to take exception to an alien race setting up shop on Earth.

Chances of happening?
Don’t be surprised if elements of the Siege storyline pop up in a future movie.

What is it?
Secret Invasion tells the story of an alien race called Skrulls (as seen in this year’s Captain Marvel), who have slowly and methodically been invading Earth by replacing some of its greatest heroes one by one, in an effort to take over the planet. After The Avengers catch on to the pointy-eared imposters, a war breaks out for the fate of the planet.

How can it be adapted?
With the studio having already introduced the Skrulls into the MCU with the $1 billion plus mega-hit Captain Marvel this past March, many fans were expecting the shape-shifting aliens to become the next big bad in the Marvel Cinematic Universe.

However, the film went out of its way to subvert expectations and give the little green guys a more empathetic reason to face off against Carol Danvers, eventually revealing them to be the good guys.

Although the stage is set to include more Skrull action down the line, turning them into sudden world invading nasties (especially against the same race that helped save them find a new home) could come across as rather jarring.

A rival contender to Ben Mendelsohn’s charming and funny Talos for the leadership of the Skrull race could be one way to introduce the Secret Invasion storyline in a possible future Marvel release, but will fans be willing to accept some of their favourite characters as secret alien imposters? We’ll just have to wait and see.

Chances of happening?
With Captain Marvel already playing the “Who can you trust” aspect to satisfying enough results, don’t hold your breath for a full scale Skrull invasion just yet.

What is it?
In House of M, an unhinged Scarlet Witch alters reality after suffering a mental breakdown. With the world we once knew gone, mutants have risen as the dominant species and Scarlet Witch’s father, Magneto, has claimed his place as ruler of this new reality. Only Wolverine remembers the ‘true’ reality and seeks help from The Avengers and X-Men for help.

How can it be adapted?
Once again, this storyline relies on the inclusion of the X-Men to have a truly faithful adaptation, but as we know from the likes of Civil War and Infinity War, Kevin Fiege prefers to take elements from the Marvel storylines rather than create a straight up page-to-screen adaptation.

If House of M is a route the MCU wants to take, then some of the groundwork has already been laid. In last year’s Infinity War, Wanda Maximoff was forced to kill the man(droid) she loves in an attempt to keep Thanos’ grubby hands off the final Infinity Stone. It’s clearly messed with the poor girl and that only manifested itself after she (along with a bunch of previously dusted Marvel heroes) returned to the living in Endgame and confronted The Mad Titan for all that he had cost her.

It’s been shown in previous movies that Wanda has struggled to manage both her powers and her emotions, so pushing her over the edge could be something the films explore in future instalments. Would they wait for the X-Men to join the gang before adapting House of M? Or would they find a way to have another MCU character take over Magneto’s key role?

It might even be a way to introduce mutants into the MCU without having to explain their sudden occurrence. Either way, it’s an interesting story that could change up the MCU for the better.

Chances of happening?
It’s a great storyline that could easily take many forms in the currently established Marvel canon. One way or another, Scarlet Witch has a lot more to offer the MCU as a whole.

What is it?
Secret Wars is a 1980s comic event that saw Earth’s mightiest heroes and villains abducted by a cosmic entity known as ‘The Beyonder’ and thrown together on an alien planet called ‘Battleworld’ to fight for survival.

How can it be adapted?
It seems rather an easy question to answer on paper. Introduce The Beyonder in a future movie, stick every Marvel character currently on the payroll on one planet at the same time and have them go at it hammer and tongs.

However, with Endgame taking a few key Marvel players off the board (presumably for good), the current MCU is lacking some of the main characters from the Secret Wars storyline. Would audiences be willing to have a Secret Wars event without the likes of Captain America? Iron Man? Black Widow? Or some of the other characters that are heading to streaming with the upcoming Disney+?

Whatever way you look at it, the MCU is facing a shift in roster, and is far from full strength right now, so maybe an epic hero clash on a scale akin to Secret Wars is too much to wish for just yet.

If there was one ray of hope, it would be that Infinity War and Endgame directors Joe and Anthony Russo have expressed great interest in returning to adapt the Secret Wars storyline should Marvel Studios be inclined to play that card.

Chances of happening?
With the Russos’ public interest and Secret Wars being a fan favourite storyline, it’s possible this superhero epic could get the adaptation treatment in the future. Even if it’s a 1 in 14,000,605 chance.