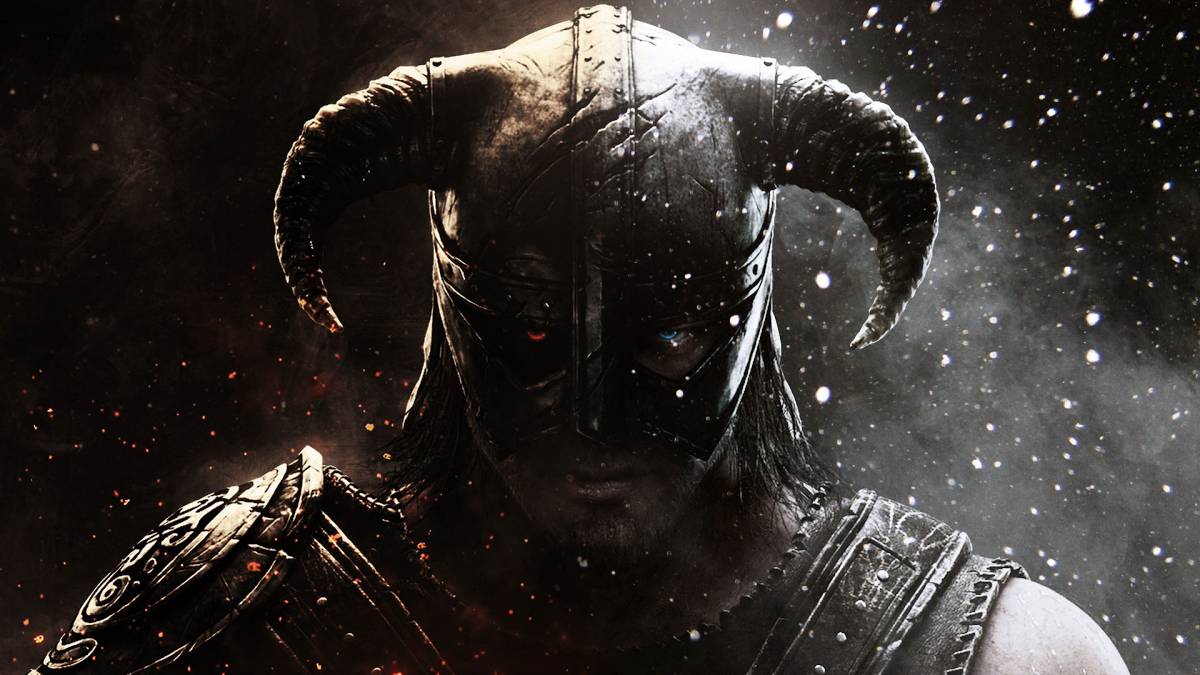 Bethesda games are hard to go back to. They’re great for a month, maybe year-long binge, the kind of temporary love-affair that soaks up everything else and keeps you locked away in the video game dark for longer than you want to admit, but not much else.

Eventually, the infatuated haze fades and the cracks start to show. The combat feels floaty, the NPCs plastic, and the quests linear. Maybe it’s because the game was bad all along, maybe it’s overexposure but, at some point in your experience with them, Bethesda games lose something. Their facade, glorious as it is whilst it lasts, eventually falls away. But, like with any good love affair, the drive to return is always there — especially when Bethesda have just announced another Elder Scrolls — it’s just that, when you do, it’s almost hard to recapture that same sense of computer-gaming bliss.

That’s what mods are for. Because, moments after Bethesda announced said Elder Scrolls game, I flipped on my Xbox, downloaded some mods, threw on some Guy Ritchie and my sexiest silk dressing gown and fell in love all over again.

So if you, like me, can’t wait to get your hands on Bethesda’s next big fantasy RPG but can’t return to their last one without something to take the edge off, here are five Skyrim mods to tide you over until The Elder Scrolls VI comes out. Buckle up, lads. It’s gonna be a long wait.

1. Wildcat: The Combat of Skyrim

Wildcat is actually fairly simple. It’s a combat mod, and it wants to make Skyrim’s many battles feel less like particularly savage pillow fights. The changes themselves sound pretty boring on paper — combat will inflict injuries when you get an opponent down past thirty percent health, every attack costs stamina, attacks do more damage and enemies are generally more aggressive — but they have a huge effect in play. In a first for Skyrim, fights actually feel like fights. They’re difficult, savage, often delightfully scrappy affairs that prioritise, timing, crowd control and movement. The damage increases mean, if you’re stupid enough, even bandits can give you a run for your money.

The status effects and stamina management means losing a fight to the death is as desperate and as scrappy and claustrophobic as it should be. Enemies tend to smother you so that, if you don’t play smart, you’ll never get the space you need to recuperate. Increased lethality means blocking — knowing when to do it and how — becomes almost vital, so much so that dual-sword runs become almost untenable and magic users, since they can keep kiting you off, become as powerful as they should be. Archers get a little boost, too. There are no major changes but the increased stakes mean pinging someone off from afar, watching them crumple as an arrow skewers their chest, offers up a rare satisfaction.

That’s all pretty cool, but Wildcat is worth getting if only because it changes so much of how you play Skyrim. It’s easy to forget, but this is one combat heavy game. You’ll spend an awful lot of time thwacking enemies with swords, roasting them alive with spells or stoving their skulls in with maces. So changing the combat means quests — which so often boil down to ‘go here, kill the dudes and grab the thing’- become newly challenging. More than anything else, wildcat is fodder for interesting and emergent stories. One early Thieves Guild quest, for example, saw me trying to intimidate an Argonian barmaid into paying her debts like the big evil-doing bastard I am. It didn’t really work out, though, and the second I challenged her to a fight, she plastered me like an apprentice painter and decorator. After another two fights, in which my muscle-bound Viking hero tapped out to a middle-aged lizard waitress, I took to kiting her around the bar, chipping away at her health like a Nordic Floyd Mayweather as a nearby patron eagerly shouted ‘TWO SEPTIMS ON THE BIG ONE.’

Wildcat works because, without having to change too much and without trying too hard, it has a meaningful effect on how you experience Skyrim, whether for the first time or the fiftieth.

The opening is the worst thing about going back to Skyrim. It’s the kind of awful, 45 minute drone fest that makes you rip the disc out of the tray and play something else. If you’re at all human, at all interested in stepping over that frankly stupid hurdle and actually playing your fun video game, Live Another Life is a must.

As a product, it’s effectively devoted to putting you in the action as soon as possible. You start the game in a room with a statue of Mara in the corner. Speak to it, and it’ll give you a list of all potential alternatives. One might throw you out in the mountains somewhere, another near a bandit camp, others still, start you out in spitting distance of any one of the game’s many factions.

It doesn’t change the game like Wildcat changes the game. It’s a fundamentally small change, dedicated to removing a relatively minor annoyance, but it’s important nonetheless. It helps preserve your passion, propel it forward by getting you close to what Skyrim does best: Making you feel totally free. If your new/old love affair is going to last more than fifteen minutes, you should grab Live Another Life.

The vanilla game’s Civil War is about as ferocious as tap water. It’s a strange, slightly stilted affair in which poorly equipped armies do noodle-armed battle with one another in plastic castles. The ‘battles’, if you could call them that, amount to four guys in a field trying and failing to hit each other, the sieges are about as difficult and dynamic as a gentle jog and, though everyone refuses to shut up about it, no-one seems particularly eager to, you know, pick up a sword and actually fight. It’s unspeakably disappointing.

If you’re the kind of blood-addled nut who likes war to actually feel like war, then this one is probably for you.

Put simply, Skyrim: Civil War Overhaul expands the Civil War quest lines for whatever side you’re playing. There are now major city sieges for all of the holds — not just Whiterun, Solitude and Winterhold — and the game will spawn more troops, leading to more random skirmishes. More importantly, though, the war moves with or without your presence. Take one province and the enemy won’t sit around waiting for you to take the next one, they’ll actively (though not always intelligently) strike back.

It’s possible to downplay the effect of this mod. Like with Wildcat, the changes sound mild and pedantic on paper but, in play, they have a really meaningful effect on what you do, how you do it and how it feels. Skyrim Civil War goes miles towards making the civil war feel like a major part of Skyrim’s socio-economic make-up, and lending credence to all the plastic-faced NPCs who won’t shut up about it. it’s occasionally dramatic, too. Hikes through the woods can turn on a dime when the sound of stray arrows clattering against trees betrays an enemy squadron in hot pursuit or the start of a genuinely bloody skirmish.

More than providing a dump truck’s worth of new civil-war related content, however, the Skyrim civil war mod is important because it drags Skyrim closer to what it keeps claiming to be. it makes the world feel that little bit more alive, that little bit more like a warzone and, in so doing, makes it all the easier to return to.

If, for whatever reason, you’ve already thrown yourself into the Skyrim modding whirlpool, you probably already know what this is. It’s one of the most popular mods on the market. So, in a lot of ways, my mentioning it here is a little bit moot. But I had to talk about it anyway, not because it’s popular, but because all it really promises is more Skyrim more fully voice acted, just-the-right-kind-of-cheesy, pick-a-direction-and-wander Skyrim and, if you’re excited about The Elder Scrolls 6, that’s all you really want, isn’t it? More nerdy role-playing fun.

Because, as brilliant as Skyrim is and as popular as western RPGs are nowadays, Bethesda is really the only company that trades in this kind of experience, the only company that can find the fun in entering copy-pasted variations on the same three dungeons over and over again. The Witcher was okay, in fact it was better than Skyrim, but wandering Its war-ravaged fields lacked the same propulsive drive. Pillars of Eternity and Divinity are a touch too text heavy and archaic and Dark Souls is, well, Dark Souls. If you want a first-person, western RPG experience with a real, meaningful focus on open-ended exploration, you have to go to Bethesda. That’s why Falskaar is worth getting, and that’s why I’m recommending it. It’s a new chunk of land to explore, with new quests, new things to fight and cool new armours to wear. It’s basically a DLC-pack for the game, but free and not quite as polished as the official ones. Eat it up.

A part of me wants to describe Bruma as ‘like Falskaar but in Bruma’. And it is. It’s effectively a new land to explore, a set of new people to talk to, swords to swing, monsters to swing them at, and quests to complete, but it works out a little bit differently. At least experientially. Bruma is the main Nordic city from The Elder Scrolls IV Oblivion and, not to continue to fuel the kind of nostalgia-bait that so plagues video game discourse, walking through Bruma and the surrounding scrap of Cyrodil, having pumped hours into Oblivion, makes for a special kind of video game tourism.

That alone makes Bruma slightly different to and perhaps more vital than, most DLC-style mods, a tantalising early taste of what projects like Skywind and Skyblivion might eventually look like. It’s not only a genuinely interesting trip down memory lane, it’s an insightful means of diversifying your Skyrim experience without changing the palate.

Author: The Beyond Skyrim Team
Find on Nexus