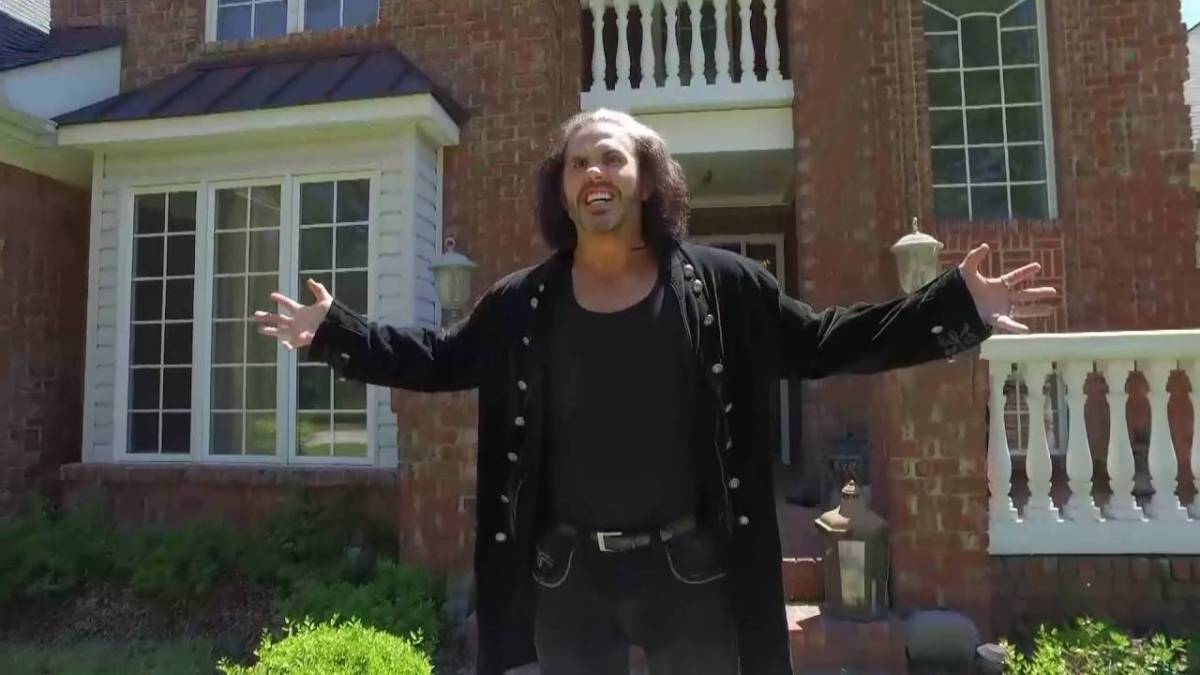 All Elite Wrestling became the buzz of the wrestling world last week; the past episode of Dynamite featured not only the big reveal of The Dark Order’s Exalted One but also the first televised appearance of ‘Broken’ Matt Hardy since his WWE departure. The multi-time tag champion made a huge statement in the show’s closing moments, siding with The Elite in the build to their huge clash with The Inner Circle at the upcoming Blood and Guts special.

Needless to say this is a huge nod to Matt Hardy’s stardom on the independent scene and just how integral the ‘Broken Warrior’ will be to AEW going forward. Hopefully we’ll see Matt express that unique creativity that led to cinematic masterpieces such as The Final Deletion and Hardy’s personal YouTube series, Free The Delete.

When the dust settles after not-WarGames, Broken Matt Hardy will surely become one of the most electric talents worth keeping your eye on in AEW, but who exactly could he, and the rest of House Hardy, go on to feud with?

We run down 5 potential rivals for ‘the Broken One’ to step into the ring as part of his renewed run on the independent scene. Make sure you drop your own personal fantasy AEW opponents in the comments section below.

Naturally the first pair that comes to mind when considering Hardy’s potential future rivals is The Young Bucks. During the meteoric rise of The Broken Hardys prior to their return to the WWE in 2017, The Hardys went toe-to-toe with one of the best tag teams on the planet as part of their final dates with RoH. The two sibling duos built their rivalry through various internet skits, jabbing at one another via social media and causing a buzz like no other in any tag team division.

As soon as Matt Hardy made his WWE departure official, it was The Young Bucks that pulled him right back into the fray, picking up exactly where Hardy left off back in ’17. Fans immediately pictured Hardy mixing it up with the Jackson brothers once more, but as it happens, Broken Matt will be teaming alongside the Bucks for the first time ever as part of his AEW debut. Perhaps the contest at Blood and Guts could set up a future bout between he, a partner and the Bucks in the near future?

Obviously without Jeff Hardy beside him, Matt will have to start sourcing for a new tag partner in AEW. I’m sure there’ll be plenty of tag specialists chomping at the bit to form a partnership with Matt, and then go on to battle The Young Bucks in what could be the promotion’s hottest tag feud on 2020.

AEW’s resident edgelord, Darby Allin, could certainly do with a big singles feud upon his return from his untimely injury. Allin was starting to carve out a fanbase after his recent battles with Sammy Guevara, Jimmy Havoc and Chris Jericho. Allin is certainly a future star for the company, and AEW should be looking to capitalise on that as soon as they possibly can.

Matt Hardy’s renewed character could easily suit Darby’s aesthetic and in-ring style. Both daredevils with a flair for the dramatic, the vignettes and crazy spots they could put together would be stuff of legend. Perhaps they could even take it outside of the ring and back to the iconic Hardy Compound, where Darby could utilise all sorts of hardcore means of breaking ‘the Broken One’.

This feud could easily turn Darby Allin into one of the most over performers on the roster, or at least even more so than he already is. Matt Hardy has that veteran nature that could give the rub to whoever he steps in the ring with, even if it is in something a little more silly than the rest of the card.

A slightly less obvious choice to face Matt Hardy would be Canadian deathmatch connoisseur, Dr. Luther. Being signed to AEW as part of ‘The Nightmare Collective’, a faction that has seemingly been dropped since the very negative reactions given to Brandi Rhodes and her troupe, Luther is ready to step into the spotlight and entertain fans around the world with his demented nature.

Luther is another wrestler that just has that aesthetic about him that could gel naturally with Broken Matt Hardy’s. This feud would certainly not be contained within the squared circle, and would likely see their battles taken to the sacred battlefield of House Hardy.

This could be a real fun way of giving Luther some well-deserved screen-time and also bring some closure to The Nightmare Collective storyline, if AEW were ever to go back to it for a couple of episodes.

Brodie Lee was recently unveiled on the same night as Broken Matt made his first appearance on an episode of AEW Dynamite. ‘The Exalted One’ of the Dark Order made his presence felt, attacking SCU and staking his claim for the spotlight. With Broken Matt somewhat stealing his thunder, perhaps there’s fuel for a fire between the two as the year rolls on.

The Dark Order naturally beckons a more fantastical storyline, one that Broken Matt Hardy can oblige to with his eccentricities. Hardy and Lee have met briefly during their respective runs in WWE, but have never really been given enough time to display any form of chemistry. Surely the two would be able to put together a match worthy of our short attention spans?

Both men need something to perk up their fans after their disappointing treatments in mainstream wrestling, AEW can definitely salvage something for both men in a potential feud down the line. Matt Hardy was apparently being pitched ideas for some sort of Broken alliance on NXT TV prior to his release, maybe he could pinch that idea for Dynamite and run some sort of stable war between his warriors and The Dark Order?

Chris Jericho is in need of a new rival now that he’s lost his prized AEW Championship to Jon Moxley. Providing that the leader of the Inner Circle doesn’t opt for a rematch in the coming weeks, Hardy could be his next target. With the Blood and Guts special pitting Jericho’s faction against The Elite (featuring Broken Matt), there’s plenty of opportunity for the two to mix it up and lay the foundations for an upcoming feud.

Hardy and Jericho go way back, but neither have ever been matched up in a high-profile singles feud. Both wrestlers are still managing to compete at the top of their game, wrestling in a style that is not only entertaining but also very much suits this stage of their careers. Hardy and Jericho could leave it all in the ring for one last blockbuster match at a major AEW pay-per-view.

Surely there’d be blood and copious amount of melodramatic shenanigans. I’d love to see these two meet in an environment where there’s no limit on their creativity, letting them be the performers that they’ve always wanted to be. It’s what WWE fans have wanted from WWE superstars for years, now we’ll finally get to see it.