"Nothing left for me to do but dance!" 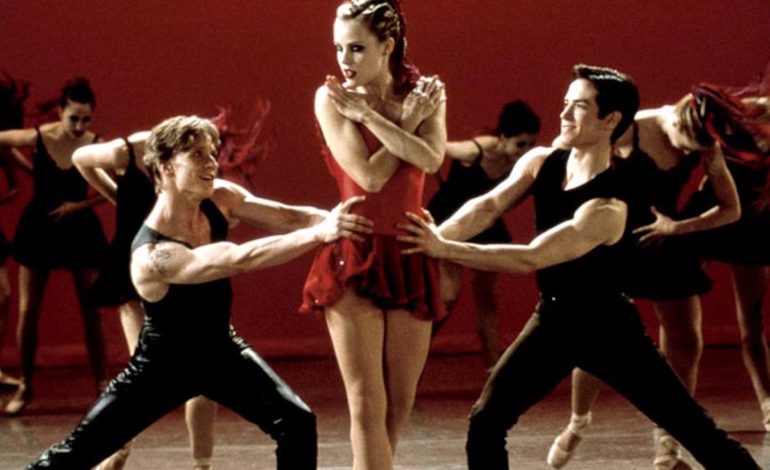 It is after 10pm at night, my husband and I are cruising around in the car, taking in the night and singing along to songs on the radio. A new song plays, and I immediately recognise it from the first few notes, humming along gently to Mandy Moore’s sweet and lulling voice. We smile at each other as the song begins with fervour, belting out the lyrics to Moore’s I Wanna Be With You, a tune taking me back to the early 2000s, and a time when the dancing of Center Stage preoccupied my mind.

I was always fascinated with dance, looking on with awe and admiration as dancers moved their bodies in gravity defying ways, so graceful yet powerful, all at the same time. The thing about dance is that you need to start early if you want to go far, be it professionally or for school. While rehearsing a dance sequence for Drama Club, I was told quite adamantly that I didn’t have what it takes, otherwise known as being rhythmically challenged. My feet and body weren’t meant for the stage, which left me with dance movies to vicariously live through.

Center Stage is truly the epitome of a dance movie (not the sequels, those just aren’t as good). The plot, the acting, all that is secondary. Dance comes first, which was made abundantly clear by director Nicholas Hytner, and he was glad his counterparts agreed, otherwise he might not have done the film. Hytner is knighted by the way, so this just increases the gravitas of Center Stage. All the main characters are professional ballet dancers, and even Zoe Saldana, who has the most acting experience, has ballet experience under her belt.

This is unusual for the film space, which demands that the narrative comes first. As you can guess, Center Stage didn’t sit very well with the critics, who accused it of rote storytelling and characterisation. I am not going to argue with those claims, for there are very soap-ish aspects to Center Stage. Jody Sawyer (Amanda Schull) gets involved with resident bad boy Cooper Nielson (Ethan Stiefel), only to realise she was nothing more than a fling to him. Meanwhile, we have Charlie (Sascha Radetsky), who has supported and loved her from the start. It is the classic trope of girl falling for the sexy bad guy, only to get her heart broken and run into the arms of the devoted nice guy.

What elevates Center Stage is the fantastic meta dance performances at the end. Jody, along with Cooper and Charlie, reenacts her story for us on stage, a story which to some extent is Cooper’s as well. It charts the beginning of her dalliance with Cooper, who swoops in with his motorcycle, with Michael Jackson’s The Way You Make Me Feel the music they dance to, deviating from the usual classic sounds that we have come to expect from ballet. This is the case for all the music used in the final dance performance.

We have Jackson’s song, If I Was The One by Ruff Endz, before ending with Jamiroquai’s Canned Heat. Cooper, who choreographs the dances, wanted to offer a ballet piece that was for the people. While Swan Lake and Romeo and Juliet are brilliant ballet staples, ballet is still very much stuck in its traditions. This reimagining of what ballet could be incites much emotional resonance, and it truly feels like we are watching poetry on stage.

Jody spends the entire movie being told she isn’t good enough; she isn’t turned out enough, her feet aren’t good enough, her body isn’t ideal for ballet. She is told to her face that maybe she should quit dance because she wasn’t good enough for any dance company. Jody starts to believe and internalise these words, her earlier confidence wilting away – what is the point of loving dance if you’re not good enough to do it for the rest of your life? Thus, as she struts to Canned Heat at the end, symbolically dressed in a red outfit and red pointe shoes, we see her passion reasserting itself and coming into full bloom. She sees her worth, and understands that while she may not be a perfect dancer, that isn’t really the point of dance.

Constantly in the movie, the characters are told to remember what keeps them in this dance space. When Eva (Saldana) finds herself struggling, her teacher tells her to remember that love for dance is what rights everything, Jody is comforted by Charlie after being rejected by Cooper, and he tells her to express everything she feels through dance.

Charlie himself communicates his feelings for Jody via dance, and while the ending of the performance has Jody choosing herself and her love for dance above everything, we end the movie knowing that Jody and Charlie would go on to have something together. What unites all these characters is their passion for dance, but sometimes you get too caught up thinking about your imperfections, or scared of wanting something so much only to fail in the end. This is very true for any passion in life. We get too entrenched in our external worries and ambitions that we forget why we started in the first place.

What the movie isn’t given enough credit for is its painting of the body struggles young women face, which is tenfold in the world of ballet. Jody is told she doesn’t have the right body, Emily (Victoria Born) is outright asked to leave because she is too big, one of the star dancers Maureen (Susan May Pratt) finds herself battling bulimia and a waning interest in dance. Maureen may have the feet, but she doesn’t have the heart, and decides to walk away, much to her mother’s horror.

Behind every child who gets into dance is a parent’s failed ambition of making it in the world of dance. Maureen’s mother wasn’t good enough for dance, so she placed all her hopes in Maureen, turning her into a mere vessel instead of seeing her as an individual. Maureen doesn’t have any sense of who she is outside of dance, and it is her relationship with Jim (Eion Bailey) that helps her see that she deserves to do something she loves.

While the movie places the characters in stereotypical boxes – Jody as the naive ingénue, Eva as the rebel – there is also something undeniably authentic about the world. We see the dancers smoke a lot (which is done to help keep their bodies trim), there is a whole sequence of them whacking pointed shoes, cutting them, pouring water over them, all in an effort to break them in. The camera often lingers on the feet of these dancers, bleeding blisters and all, showing us the ugly side to the dream. On the stage they are transcendent, but off the stage, they need to deal with fears of injury, competition and raging insecurities.

Center Stage doesn’t glorify dance, it shows you the hard work needed, and hits you with the hard dose of reality – all the work you put in may not amount to anything. Still, should you let that stop you?