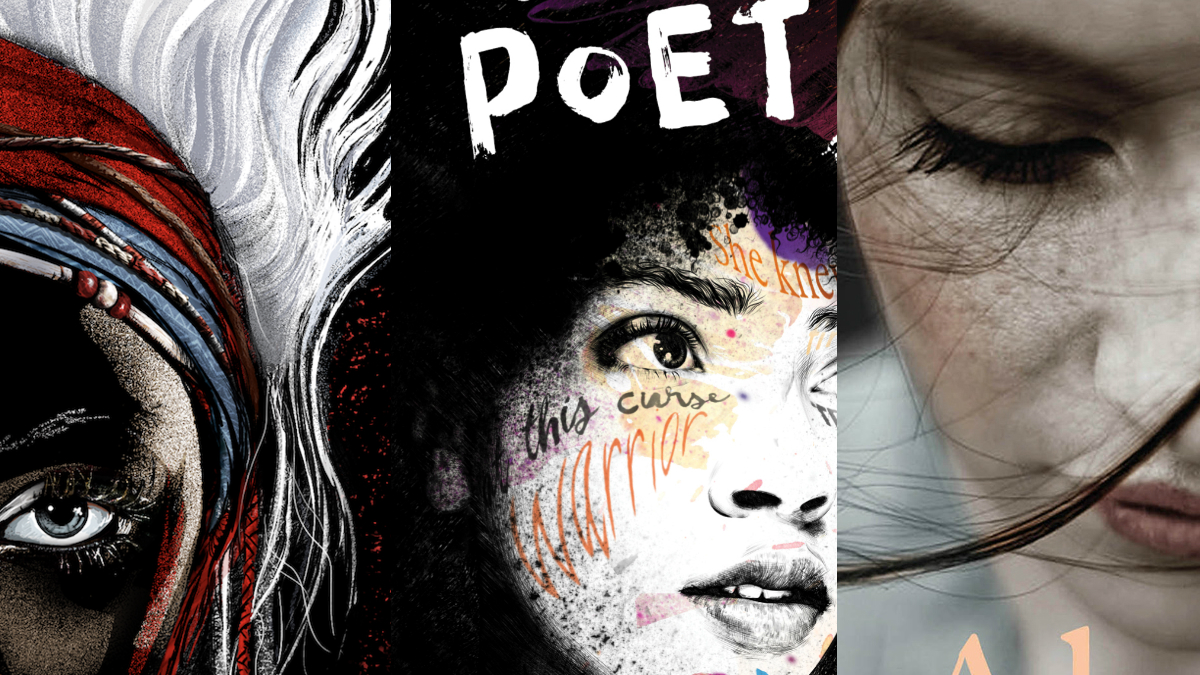 March is already upon us! There are so many fantastic books being released this month that I think a lot of us will have to cut back on our social obligations so we can catch up on all of these brilliant new releases:

If you haven’t heard of Louise O’Neill, what are you doing with your life? She’s the brilliant YA author of Only Ever Yours and Asking For It, two important and groundbreaking feminist books. Almost Love is her debut adult novel. It follows a young woman named Sarah, as she gets involved in a destructive and tumultuous relationship.

Last year was the 70th anniversary of the India-Pakistan partition, an event in history that reshaped the Indian subcontinent forever, and resulted in the largest mass migration in human history. And despite the fact that this was a huge event, led to horrid deaths and atrocities, very little is still known about it in the West. Veera Hiranandani’s debut middle grade novel aims to tackle this very difficult part of history, through the eyes of a young girl born to a Hindu father and a Muslim mother.

Children of Blood and Bone

I’m not sure if anything I say here can do Children of Blood and Bone justice. It’s probably the most highly anticipated book of the year. The story is set in the fictional kingdom of Orisha where, eleven years ago, the king banished magic from the kingdom by killing all of those who could perform it – called the maji. The descendants of the maji – diviners – are marked by their white hair, and even though they can’t perform magic, they are ill-treated. When a magic scroll is discovered, there is a spark of hope – a young girl named Zélie might be able to bring magic back to the kingdom, along with her brother Tzain and the crown princess, Amari. All the while running from the prince, Inan, who is determined to destroy magic forever. Children of Blood and Bone is a brilliant debut that weaves an intricate world full of intriguing characters, and a plot that will have you on tenterhooks Many have even compared Children of Blood and Bone to Black Panther because of its Nigerian-inspired setting, along with the way that it tackles oppression.

To Kill A Kingdom

To Kill A Kingdom promises to be a must-read for anybody who loves mermaids, sirens, and all other ocean-bound mythological creatures. Princess Lira is a vicious siren who reveres in collecting the hearts of human princes. After killing one of her own, princess Lira is stripped of her voice, and made human. Unless she can deliver Prince Elian’s heart by the Winter Solstice, she will remain human forever.

Ivy Aberdeen’s Letter To The World

A tornado destroys twelve-year-old Ivy Aberdeen’s town, leaving her and her family displaced. In the aftermath, Ivy realises that her notebook filled with drawings of girls holding hands has gone missing. But the drawings begin to turn up in her locker with anonymous notes. Someone might be encouraging Ivy to open up about her identity. Ivy Aberdeen’s Letter To The World sounds like a heartwarming and adorable middle-grade novel about a young girl coming to grips with her sexuality.

Xiomara is a young girl from Harlem and even though she has plenty to say, she keeps her words to herself, jotting them down into the pages of a leather notebook. But then she’s invited to her school’s slam poetry club. Xiomara must find her voice, through the means of slam poetry. The Poet X promises to be a powerful book about speaking up for yourself. Plus, it’s written by an acclaimed slam poet herself!

After Ren Ishida’s sister is murdered, he travels to the village where his sister lived to conclude her affairs. Instead, he slips into her life seamlessly, taking the same job she used to have, and living in her old apartment. And as he tries to unravel the mystery of his sister’s murder, he’s haunted by dreams of a girl he’s never met before. Rainbirds is Clarissa Goenawan’s debut novel – a mystery set in Japan, with a touch of magic.

In New York, 1969, a traveling psychic promises that she can tell when you will die. Four siblings – Simon, Clara, Daniel, and Varya – sneak out to get their fortunes told. This prophecy shapes their lives, as they each travel down a different path. The Immortalists promises to be a tale of fate and prophecies, weaving together magic with reality.

Kay has secrets from her past, but she has completely re-invented herself. But when a dead body is found in the lake, Kay’s secret risk coming out. The dead girl has left Kay a computer coded scavenger hunt that finds her in the middle of a murder investigation. People Like Us sounds like a brilliant mystery in the vein of Pretty Little Liars.

Karen is in her sophomore year of college, where she spends her time partying with a popular fraternity called GBC. She’s surprised, then, to learn that GBC is notorious for contributing to the college’s rape culture. Karen finds herself caught between two worlds – a feminist house intent on exposing the fraternity, and GBC. The Red Word explores the experiences of being a young college student, along with campus rape culture.

Bury What We Cannot Take

When twelve-year-old Ah Liam witnesses his grandmother taking a hammer to a portrait of Chairman Mao, he does what he thinks is the right thing and reports her to the authorities. But his actions set off a chain of events that he couldn’t have predicted. Now, their family must flee their home. A historical novel set in Mao’s China, Bury What We Cannot Take promises to be a heartbreaking tale.

Marvin’s twin brother, Tyler, goes missing after a harmless party gone wrong. When Tyler is found dead, a leaked video shows that he was shot and killed by a police officer. Marvin is left to deal with the aftermath. Following the precedents of books like The Hate U Give by Angie Thomas, and Dear Martin by Nic Stone, Tyler Johnson Was Here is an important novel that tackles the injustice that black people face in modern day America.

The Astonishing Colour of After

Leigh Chen is sixteen when her mother dies by suicide. She only leaves a note saying, “I want you to remember,” that Leigh doesn’t understand. But when a red bird arrives on her windowsill with a message, Leigh finds herself traveling to Taiwan, in an attempt to understand the past. The Astonishing Colour of After promises to be a heartbreaking novel about grief, mourning, love, and family that weaves together magic and reality.