10 Reasons Why I’m Not Going to Watch American Sniper 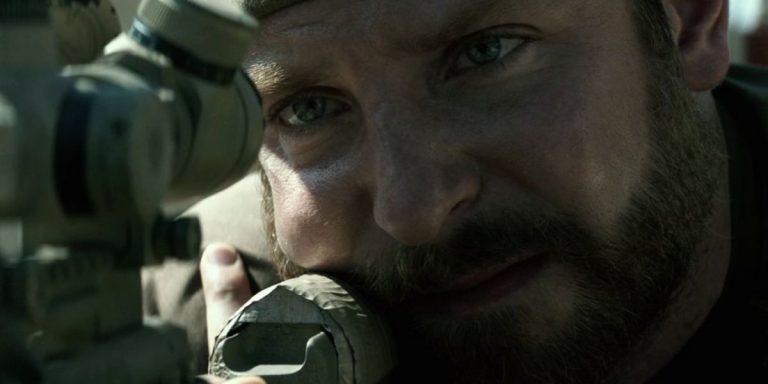 American Sniper has dominated the U.S. box office for two straight weeks. It’s the movie everyone’s talking about. But they can keep their talk. This is one movie I’m not going to see for a long ass time. Why not? Here’s why not:

1. To hell with Bradley Cooper. That man is so damn good looking, and now he’s got a big gun to make him even sexier. I don’t need that kind of shit bringing down my self-esteem.

2. Kid Rock loves it. Jesse Ventura hates it. If I see it, I will inevitably either love it or hate it. Then I will have to be in agreement with one of these raging asshats.

3. Sniping is scary. I don’t want to spend the rest of my life thinking some Bradley Cooper look-alike is trying to shoot me when I’m not looking. I already think people are trying to get me around every corner. Now they’re trying to get me from abandoned buildings? That’s just too much for me.

4. The title is confusing. Is he a sniper who’s American, or is he sniping Americans? Both sound equally enthralling, which is to say not at all. Now, if it was a movie about two crappy journalists going to kill the leader of a communist country, then I’d be all over that shit. Too bad no one has come up with that gem of an idea yet.

5. I have little kids at home, including a new baby. No, this isn’t some moral high road. It means I never get to leave the house or watch anything that doesn’t have Elsa or Rapunzel in it. I haven’t really watched a serious movie in years, and I’ll be damned if this is going to be my first one.

6. There’s a fake baby in it. What kind of crap is that. I want my movies to be 100% real. Couldn’t they find a baby willing to play the part?

7. The movie clearly glorifies war and killing and sitting on rooftops and wearing camouflage and talking with bad accents.

8. The movie is obviously vaguely critical of war and the way it affects people, but really it should just be about how awesome it is to kick some enemy’s ass.

9. It was nominated for a bunch of awards, which means it has a 50% chance of sucking. Seriously, does anyone think this would’ve been nominated for any awards if it didn’t have a sexy lead actor, a legendary director, and a load of half-baked political controversy behind it?

10. Shit, I just found out that Bradley Cooper has a beard in the movie. A big ass beard. The dude just got even manlier. Now I don’t stand a chance in this world.