Z Nation: The Inconsistent Show with One Fantastic Episode 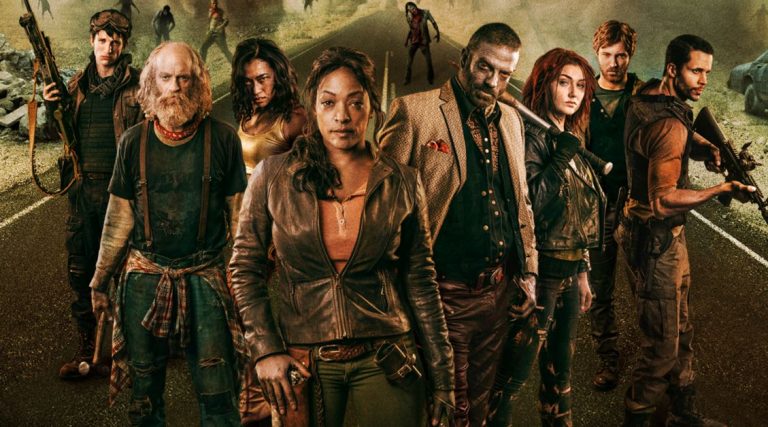 When a show opens with Walt’s dad from Lost being nibbled on by a zombie baby, it’s pretty obvious that you’re going to be in for a bit of a ride.

To say that I have trudged my way through two seasons of SyFy’s Z Nation wouldn’t be too wide of the mark. It’s starkly different in tone from one episode to the next, creating a zombie series that never knows what it wants to be.

You can be the more boisterous cousin to The Walking Dead

if you want to, but don’t expect to be taken seriously when the quality of the show is more inconsistent than a heart murmur. From one episode to the next, you never really know what you’re getting and you sure aren’t going to see anything to rival the overall excellence – in almost every aspect – of AMC’s flagship show.

The Walking Dead would certainly benefit from some levity, that’s without a doubt. However, it knows what it is and stick to its themes, more or less. Compare that to Z Nation, with its wildly differing arcs and production values, and it’s clear why one show is winning in the ratings.

When Z Nation does try to be serious, which is too often a rarity, the events that preceded it make it seriously difficult to become involved in the drama. Worse still, the sobering moments in the show are usually immediately followed by something so slapstick and ridiculous that it becomes a real chore to invest in the show to the point that it’s a question of willpower to keep watching.

Here are just some of the most absurd sequences and moments in Z Nation (so far):
– Birth of a zombie baby
– Nuclear explosions seemingly having a ten-metre radius
– A zombie “storm” demolishes a Native American casino
– A rolling, large wheel of cheese flattens zombies for miles and miles
– Two people who share on-screen time amounting to three minutes establish a father/son dynamic
– Groundhog zombie
– A ZOMBIE BEAR
– Zombie weed
– A zombie tornado

Z Nation is too much of everything all at once. Cheesy humour, so-bad-they’re-good special effects, less than subtle nods to the audience; it’s an overloaded and overwhelming watch.

However, when the showrunners have stripped everything back in the past, it’s worked wonders. White Light, the second episode of the second season, is a truly wonderful and surprising sojourn into grittier territory.

After scratching my head through the season premiere, I steeled myself for one last nonsensical adventure before I abandoned the show for good. White Light turned out to be the episode of Z Nation that kept me hooked for the rest of the season.

Basically one long chase sequence, White Light entails the group of survivors’ attempts to track down Murphy as mercenaries try to do the same. Taking place in a desolate town, the episode is full of taut, realistic combat across many different set-pieces. The action is captivating, in no small part thanks to the threadbare audio – there is barely a second of soundtrack to be heard as gunfire rings out throughout.

The episode also deals with its tone issues far better than previously. White Light is to be taken seriously, even with the forgivable sequence involving Doc drifting out of his body. Death looms often with each endangered survivor seeing their life flash before their eyes from one dangerous encounter to the next. When the death of one survivor does eventually arrive, it’s handled beautifully, evoking emotions that I never believed the show could.

By bringing new characters into the mix (who aren’t instantly expendable), the episode also starts to rebuild the constantly slimming cast, which has seemed fairly lightweight following a few deaths and departures. It effectively establishes Vasquez as the group badass and even (somehow) makes the effortlessly unlikable Murphy seem human and conflicted.

After being gripped to the screen for White Light, I was eager for the next episode to see if they could keep up their form. They couldn’t. What followed was a pointless Fury Road pastiche that did nothing of interest apart from introducing radioactive zombies.

Since it’s been renewed for a third season, here’s my plea to the Z Nation showrunners: please find a middle ground and stick to it. For every White Light, there’s a RoZwell, easily one of the worst episodes of any series ever. You don’t need to be The Walking Dead or even Fear the Walking Dead

. You just need to find out what you are. You can either be the also-ran to the biggest show on television or you can be a real contender.