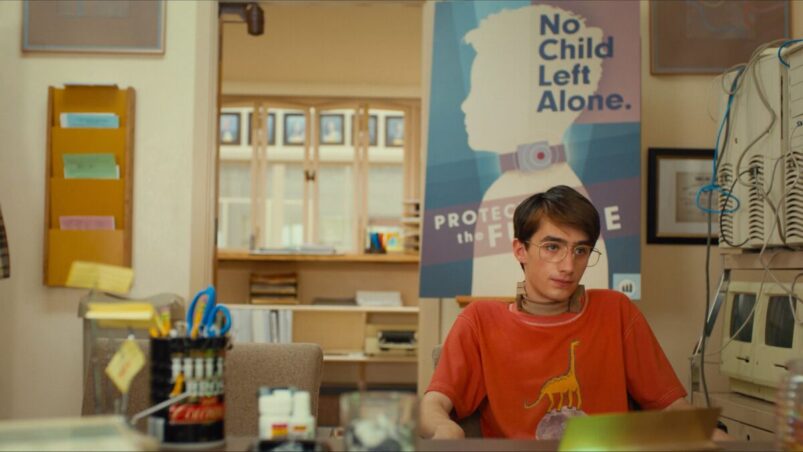 Wyrm’s world is a mid-90s alternate reality where schools encourage not just academic development, but social development as well. Students like the titular Wyrm (Theo Taplitz) have to go through this sexuality programme with various levels, and to pass the first level, they would need to kiss someone. It’s not a matter of your own time and pace, because everyone’s required to wear a neck brace that will only unlock after they kiss someone. So the longer you wait, the more you’re perceived as a freak.

After his twin sister Myrcella (Azure Brandi) makes out with the foreign exchange student Mads (Ky Baldwin), this leaves Wyrm as the lone kid waiting to pop his collar. In his desperation, he even calls up random girls in school, offering them money to kiss him, but no one takes him up on his offer. Unless you were crazy popular in school, you’ll be able to relate to Wyrm’s loneliness. He’s an awkward kid who’s just trying to connect with someone, but no one seems interested in knowing him or being with him. What makes things worse for Wyrm is that Myrcella used to be his best friend, but now she wants him to move out of their shared room and appears to want nothing to do with him.

His parents are also never there. His dad is always at work or in the toilet, while his mom is off trekking. It quickly becomes apparent that his parents are no longer together, and it may have something to do with the death of his older brother Dylan (Lukas Gage). The only ones who seem to care are his uncle Chet (Tommy Dewey), and Chet’s girlfriend Flor (Natalia Abelleyra). They are the ones who plan the twins’ birthday party, and support Wyrm in their own ways.

Wyrm resists the urge to operate like every other coming of age movie where the protagonist starts out alone and ends up falling in love with someone by the end. Even when Wyrm meets Izzy (Lulu Wilson), who’s engaged in a provocative dance during their first meeting, it isn’t really love but a mere sense of infatuation. It’s normal to imagine you’re in love with someone, to feel hopeful in the potential of something, but have the reality pan out as something completely different.

Wyrm also comes to realise that the world doesn’t revolve around him. If he wants a girl to kiss him, he’s got to give her incentive to do so. And if Myrcella wants him to move out of their shared room, she isn’t doing it to be mean, she just desires some space of her own. He gets angry at Chet at one point, because Chet lets Flor use his car whenever she wants. He looks at the whole situation as Flor manipulating his uncle, when really that’s what people do when they’re a couple — they share their lives and their things.

Wyrm is a compelling watch, and though at certain points it’s a bit difficult to determine what exactly the movie is trying to say, I do think it gets there at the end. Much of the movie’s focus is on Wyrm’s conversations with various people, so things can get a bit talky at times, which made its pacing feel a bit dragged out, especially towards the end.

It has the quirky energy of Napoleon Dynamite, the ennui of Lars and the Real Girl, and truly captures how life can be so lonely and isolating at times. One of the more unique coming of age films you’ll see this year. 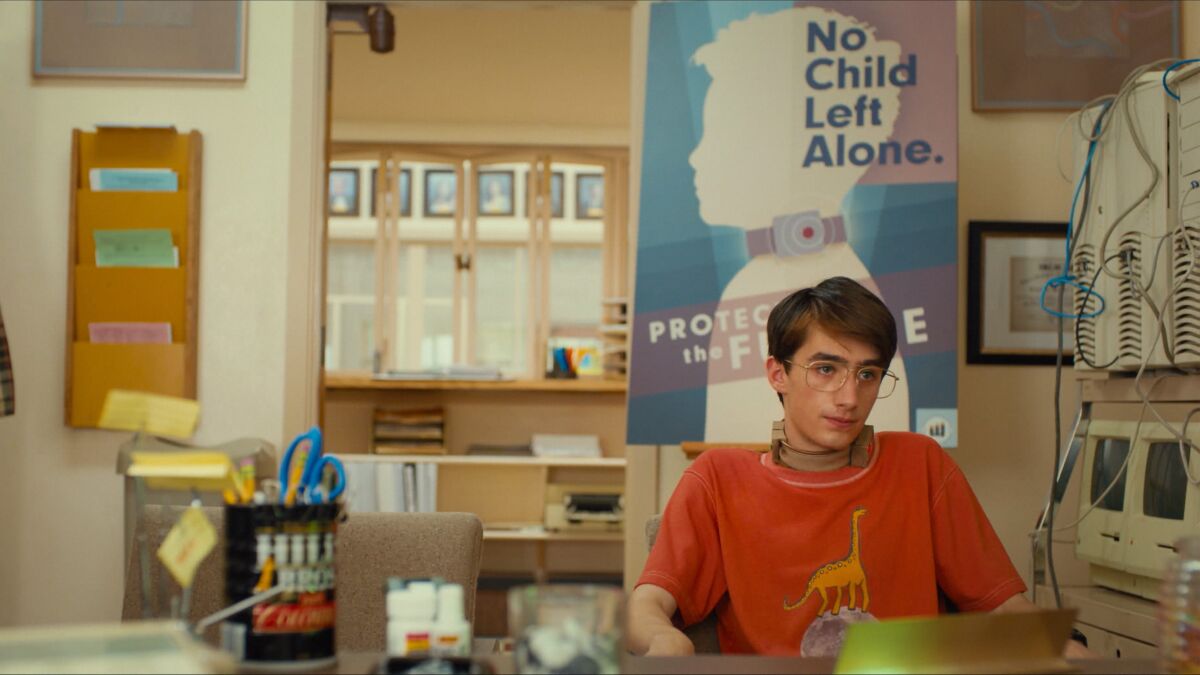 Verdict
Wyrm isn't structured like a regular coming of age movie, which is to its credit. A relatable film about the growing pains of life.
6.5
Cultured Vultures is a pop culture website established in 2013 covering all things gaming, movies, and more. We eat your words.
All The News On The Biggest Games