Didn't realise we were building to the 2002 Rumble again. 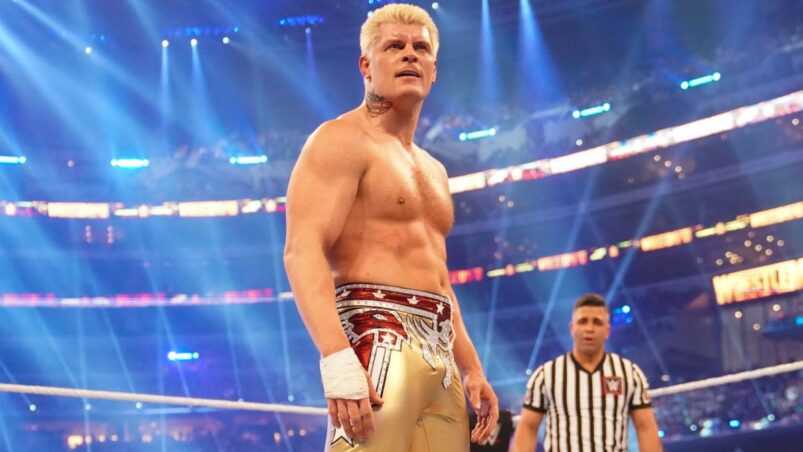 WWE are reportedly considering bringing ‘The American Nightmare’ back to the squared circle a lot sooner than originally anticipated. Much like Triple H back in 2002, WWE are pushing for Cody Rhodes to make a miraculous early recovery from his torn pectoral injury which he sustained in the build-up to his Hell in a Cell match against Seth Rollins. Rhodes fought valiantly despite the injury and won over the entire wrestling fanbase with this gritty performance.

Rhodes was originally scheduled to be out for at least 9 months, leaving him out of the picture until around WrestleMania time. However, WWE are certain that they want Rhodes back in time for the Royal Rumble, hoping they can give him enough support to then return in 7-8 months instead. This is a huge risk on WWE’s part, as this could seriously put Rhodes in a dangerous predicament should he return without a full recovery. However, this would achieve what WWE are hoping for, to make Cody look like the biggest babyface star since John Cena.

Cody has been penned as a potential Royal Rumble winner ever since first removing his ring jacket and revealing the gruesome injury. Rhodes is definitely worthy of that honour, having made a huge return to WWE at WrestleMania and putting together an excellent series of matches with Rollins. Perhaps if he does indeed make it back to the ring in a fit state by Rumble, then we could even see one last dance between Rhodes and Seth by the time WrestleMania comes around, with the championship on the line in the process.