Minnesota's home boy is back. 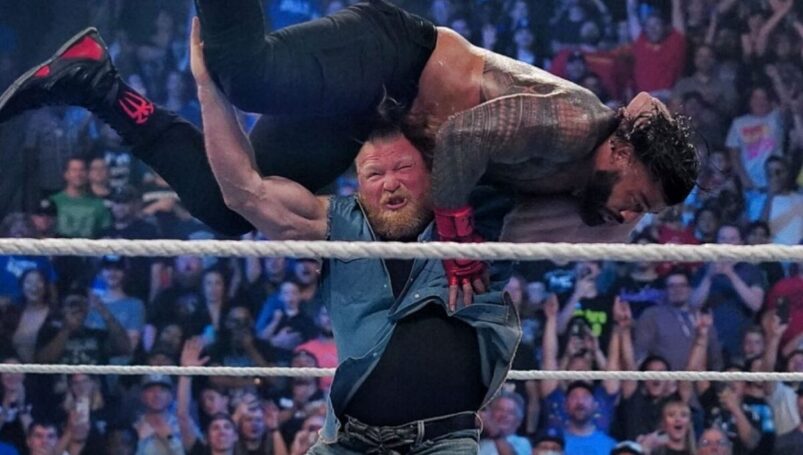 ‘The Beast Incarnate’ made his spectacular return to WWE on this week’s SmackDown Live in his hometown of Minnesota. Brock Lesnar was last seen falling to Roman Reigns at WrestleMania this year, performing in the final main-event of the weekend in a match that didn’t quite hit as hard as we thought it might. Luckily for us, Lesnar has returned and immediately set his sights on his perennial rival, Roman Reigns, who came off of a huge victory over Riddle in the show’s closing title match.

Brock delivered a huge F5 to not only Roman Reigns but his Uso minions. Lesnar made his intentions clear for SummerSlam and has since received confirmation that he will be facing ‘The Tribal Chief’ once again for the Undisputed Universal Championship in Nashville, although this time it will be under Last Man Standing rules.

This is destined to be the epic encounter between two of WWE’s alpha males that we were hoping for at WrestleMania 38. Expect blood, drama and tears from Roman’s special council, Paul Heyman.

It seems that the original plans for SummerSlam have now been tabled for a later date, those of course being the championship clash between Roman Reigns and Randy Orton. Perhaps these will be saved for Crown Jewel, or even next year’s WrestleMania.