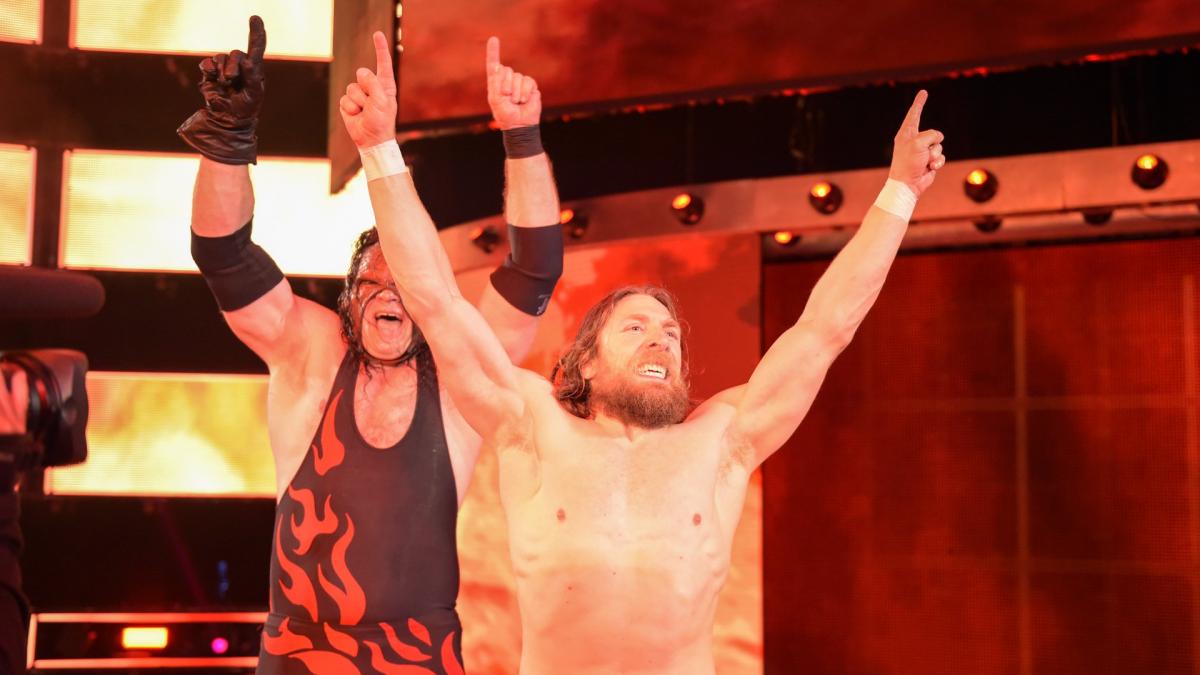 WWE have teased a new odd couple tag team in Matt Riddle and Randy Orton, a partnership now affectionately known as RK-Bro. It’s cute, but quite frankly a little forced. I’m sure we’d all much rather see the former US Champion go toe-to-toe with ‘The Viper’ to try and reclaim some of his lost momentum following WrestleMania. Orton and Riddle could put together one heck of a singles feud, but instead they seem to be building the duo towards a potential RAW Tag title shot against AJ Styles and Omos.

I’ll be honest, I’m not the biggest fan of odd couple tag team storylines. They’ve been done to death and rarely are they executed well. However, on those occasions where the two polar opposites have come together to produce one heck of an entertaining tag team, it’s genuinely been some of the best content from the WWE’s tag division.

Easily sitting at the top of this list is the tandem of Daniel Bryan and Kane, Team Hell No. In 2012, these two rivals were forced to compete for the WWE Tag Team Championships, which they later won at Night of Champions. What ensued was a dramatic battle for leadership, with both Bryan and Kane claiming that they were the Tag Team champions, rather than accepting their newfound partnership.

Team Hell No produced a highlight reel of spectacular moments, ranging from the legendary Dr. Shelby therapy sessions to spending 10 minutes teasing a hug, which, believe it or not, had the crowd on the edge of their seats throughout.

Bryan and Kane’s differences would be settled over the course of their time together, and they’d hold the titles for the best part of a year. Kane later stepped aside to allow Bryan’s meteoric rise to the top of the card, while he rested on the momentum of one of the most successful runs from the latter half of his career.

Sticking with ‘The Big Red Machine’, in 2002 he teamed with fellow babyface megastar, Rob Van Dam, to create one of the most beloved acts on RAW at the time.

Unfortunately, that wasn’t to be, but they did however provide us with some incredible feuds with the likes of Chief Morley, The Dudley Boys and La Resistance. Kane and RVD hold a very special place in my heart for being the first tag team that I truly fell in love, and being a huge mark for 2002/2003 Kane, this duo was at the centre of my fandom. You can imagine just how heartbroken I was when Kane turned his back on RVD following his unmasking.

Another underrated tag team from 2002 was the odd couple duo of Booker T and Goldust. At first, the former 5-time World Champion was adamant that he wanted nothing to do with the eccentric Goldust, but after many invaded hotel rooms and Darth Vader costumes, Goldust finally won over his partner and started their journey towards becoming one of the most popular odd couples of all time.

Goldust and Booker T were the underdogs of the tag division, with their plight to championship gold constantly being thwarted by the likes of Chris Jericho, Christian and The Dudleys, but fans were behind them the whole way. Even when Goldust’s credibility as a Tags wrestler was called into question, it only fuelled the passion of the fans, taking them all the way to the top with a huge title win at Armageddon 2002.

Booker T and Goldust didn’t last for much longer after, with Booker T splitting off to feud with Triple H heading into WrestleMania 19, and Goldust returning to the undercard. Nevertheless, this was an incredible body of work from both superstars, and another example of just how to book an odd couple tag team.

Say what you will about the Eugene character, but his partnership with William Regal was total genius. Any of the previously mentioned odd couple tag teams are perfect examples of bringing out the best of both men involved, this was yet another which allowed William Regal to show off his comedic chops, while allowing Eugene to get over in a huge way.

2004 was a strange time in pro wrestling, Eugene becoming one of the biggest draws on Monday Nights might be laughed at today but watching back some of the matches and segments put together by himself and Regal, you can’t argue it. Their on-screen chemistry provided something for every wrestling fan and helped legitimise Nick Dinsmore’s character for main-event feuds with the likes of Evolution and Kurt Angle.

Eugene and William Regal may be something that you’ve repressed but I’d honestly put this above a lot of other failed attempts at forcing two random superstars together for the sake of screen time. It was heartfelt, cringey and, at times, downright insulting, but historic nonetheless.

Perhaps the most iconic of odd couples in WWE, Dwayne ‘The Rock’ Johnson and Mick Foley (known as Mankind at the time) came together to form the Rock N’ Sock connection as part of their on-off feud in the late 90s/early 2000s. It’s hard to not chuckle at the thought of their backstage banter and the legendary ‘This is your Life’ skit, these two had a bond that came across so naturally on TV that you couldn’t help but love them.

The Rock N’ Sock Connection helped further cement the Rock as one of the greatest superstars of all time, reeling in fans with hilarious backstage skits and promos alongside Foley, allowing him to demonstrate the full range of his charisma while bouncing off an unlikely sidekick.

The Rock N’ Sock Connection would implode at the turn of the century, leading to one of the most memorable and brutal championship matches at the Royal Rumble in 2000. They’d later reignite their partnership in 2004, feuding with Evolution in the run up to WrestleMania 20. To bring together two Mt. Rushmore worthy names like these is an achievement in of itself, and just goes to show how star-studded the Attitude Era was during its peak.

READ NEXT: Why Randy Orton Vs Mick Foley Was So Important For WWE