WWE Clash At The Castle: 5 Matches We Want To See 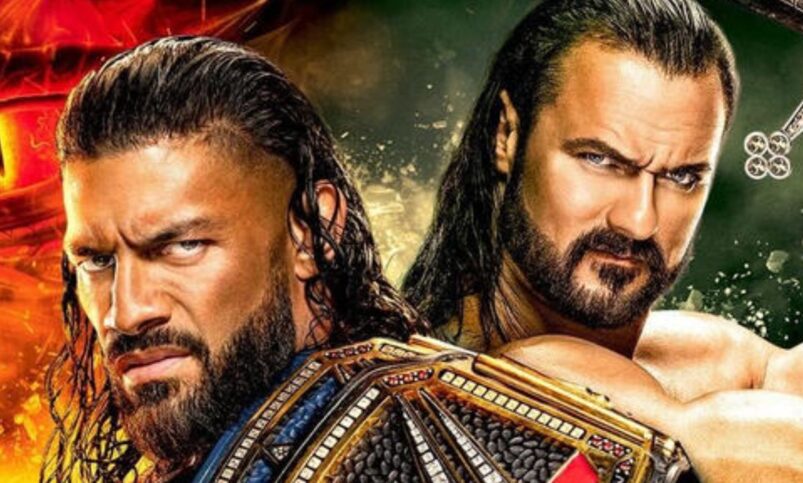 Clash at the Castle

WWE have wrapped on a successful SummerSlam pay-per-view, the first to take place under new helmsman, Triple H. WWE fans have been pretty vocal about how satisfying it was to see an event full of surprises and fun matches, so we’re hoping that this will carry over into WWE’s first major UK event in September at Clash at the Castle.

We already know that Roman Reigns and Drew McIntyre will headline the show with the WWE Universal Championship on the line. This match has been heavily speculated since the show’s first announcement, even going as far as expecting this to be not only Drew McIntyre’s big career-win but also the end of Roman Reigns’ iconic title reign.

However, with little else confirmed for the show so far, we need a supporting cast worthy of a show as big as Clash at the Castle. With that being said, let’s run down five matches that we want to see take place in Cardiff to help make this the night that UK fans have deserved for many years.

The match that was originally set for SummerSlam itself, Seth Rollins and Riddle’s mid-card draw was unfortunately snubbed due to a kayfabe injury on Riddle’s part. ‘The Original Bro’ did however make his presence felt during the show, emerging from the crowd to call out ‘The Visionary’. Rollins hit the ring and left Riddle laid out after another terrifying Curb Stomp.

With this feud seemingly carrying over into August, what better place for these two phenomenal wrestlers to settle the score than in front of a 60k plus audience in Wales? I personally was really looking forward to seeing these two deliver in a spectacular singles bout, so getting to see this live will just add to the drama and the hype.

Riddle deserves a big win coming out of this feud to help set him up for a future run at the WWE Championship, or even upon his partner Randy Orton’s return from injury. A hot crowd in Cardiff would be a great way to give Riddle the momentum he needs.

At SummerSlam, we saw the return of ‘The Rated R Superstar’ Edge, who brought back the classic Brood look and entrance to make him seem more lethal than ever. Edge will naturally have his eyes set on bringing down Judgment Day going forward, including their new leader, Finn Balor. A match between Edge and Finn will undoubtedly be a banger, however it’s the aesthetics of this match that really intrigue me.

We’ve already seen that Edge is leaning into his more deranged, demonic side, so why not let Balor do the same in front of his home-nation’s audience? ‘The Demon’ suffered a bit of a blow following the feud Balor had with Roman Reigns last year, coming off of a crushing loss at Extreme Rules. In order to restore a bit of faith in the supernatural side to Balor’s character, he needs a big win to cement his status as a threat.

Imagine seeing Finn Balor arrive alongside Damian Priest and Rhea Ripley, all painted up and imposing as a trio. It would be a fantastic way of reclaiming a bit of lost momentum for the faction, and a nice twist to add to the Balor/Edge feud.

I might be calling this wrong, but I’m pretty sure most wrestling fans want to see Ronda Rousey yank Liv Morgan’s arm out of its socket after the debacle at SummerSlam. In a classic Dusty finish, Morgan managed to pick up the win over Ronda despite tapping out to the armbar, without the referee seeing. Rousey was naturally pretty ticked off by this controversial finish and even went as far as attacking the referee involved in the decision after the match.

So a rematch is obviously on the cards and Cardiff would be a great place for her and Morgan to settle the score. UK fans are pretty hardcore when it comes to grudge matches, and I’m sure I speak on behalf of many when I say that I’d love to see Ronda go into an MMA-frenzy on the relatively fresh-faced champion. Give me Ronda Rousey and Liv Morgan in some sort of caged submission match and watch as she becomes one of the most talked about wrestlers on the card.

There seems to be something lacking from ‘Rowdy’ Ronda at the moment, so a big-time match such as this would be a great way to give her the necessary edge to her character as well as pitch Morgan as even more of an underdog.

After being vacated by Ilja Dragunov, the United Kingdom Championship was held up for grabs in a brand-wide tournament, eventually won by Tyler Bate for the second time. Bate, who defeated his former partner, Trent Seven, in the finals on a future episode of NXT UK, should now be featured as part of the UK’s biggest WWE show of all time. It only makes sense to put our champion on the card, right?

But what match deserves that honour I hear you ask? Well, Bate and Seven would ideally be given a bigger platform for their feud, perhaps a TakeOver event or even a special episode of NXT UK dedicated entirely to their match. However, that’s unlikely given the time frames and lack of eyes on the UK product right now. So therefore, what better time and place than at Clash at the Castle?

Both former members of Moustache Mountain have been pinnacles of the UK movement, alongside the likes of Pete Dunne, WALTER and Jordan Devlin. If anyone deserves a cameo appearance in Wales, then it should absolutely be these two stars with the UK title in the midst of it all. Many have already suspected that Tyler’s second reign with the belt will be a transitional one between him and Trent, the only man of the British Strong Style trio not to have had a run with the title just yet. Cardiff would be a great crowd to showcase that moment in front of, and give Trent the necessary heel heat to give his run some meaning.

Also, this is bound to be an instant classic.

I can’t help but feel like that there isn’t a major draw for Clash at the Castle. Yes, we’re getting ‘hometown’ hero Drew McIntyre in the main event, but there isn’t much else to make this truly feel like a special night. There’s one name that could help boost sales on those last few tickets, and that name is Brock Lesnar.

Lesnar has been shipped out from the farm on several occasions to Saudi Arabia, justifiably so being such a huge money-maker for the company and a special attraction wherever he ends up. Brock has yet to bring his services to the UK since returning to WWE back in 2012, so it’s about time ‘The Beast’ graces our fair shores with his presence.

Brock walked out of SummerSlam a true hero, having tipped the ring on its side with a tractor brought across from Minnesota. To follow this legendary performance, Brock should absolutely stomp over someone such as Austin Theory to give the fans some classic ‘Suplex City’ content. Theory can take the loss, and it would make perfect sense considering what he tried to do at SummerSlam when cashing-in during the Last Man Standing match. Brock would certainly hold him partially responsible and therefore want to murder him.

Theory could bump like crazy for Lesnar in front of a raucous UK crowd and then maybe even go on to cash-in, successfully this time, against Drew McIntyre later on in the night to walk out the true villain of WWE.

READ NEXT: AEW Announce Trios Championship For All Out