There can only be one really. 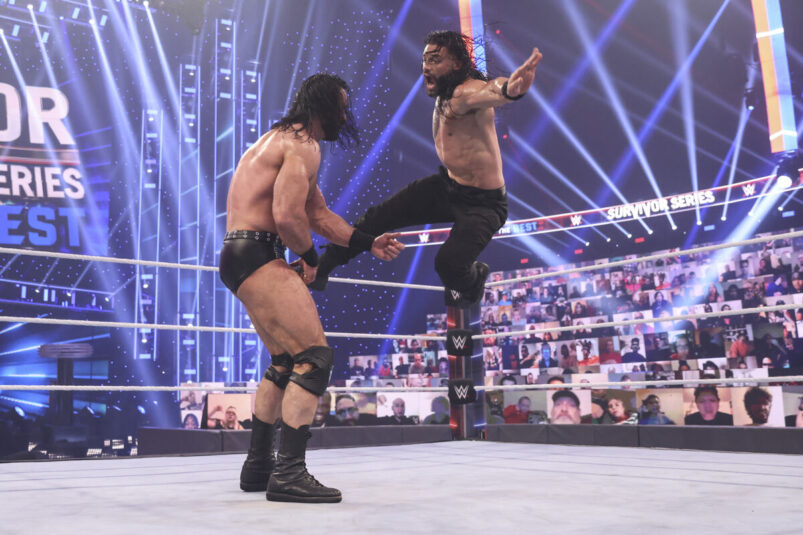 As per reports, the main event for the UK’s first stadium event in over 30 years has now been penned backstage. Producers have revealed that the current plans are for Roman Reigns to defend his WWE Undisputed Universal Championship against Scotland’s own Drew McIntyre in the show’s marquee main event.

Drew McIntyre has been heavily featured in the promotional material for the event in Cardiff, Wales, being front-and-centre on the show’s poster, implying that the build to Clash at the Castle will revolve solely around him and his chase of the biggest championship on the card.

However, Dave Meltzer has also confirmed that these plans may yet change depending on the involvement of boxing megastar, Tyson Fury. Should Fury follow through with his promises of returning to WWE for a match at Principality Stadium, then it could be he and Drew headlining Clash at the Castle instead of Drew/Roman.

Aside from this, there has been little ruminated for the show in Cardiff, apart from the marketing material revealing the likes of Ricochet, Edge, Cody Rhodes and Becky Lynch to be featured on the card.

Ticket sales are currently sitting at around 30,000 being sold, a huge deficit compared to the projected figures of over 85,000. But with general ticket sales now opening up, these numbers could quickly escalate.

Clash at the Castle emanates from Principality Stadium on September 3rd in Cardiff, Wales.

READ NEXT: Stephanie McMahon Steps Away From WWE