Features Bray Wyatt cosplaying as Swamp Thing, not even kidding. 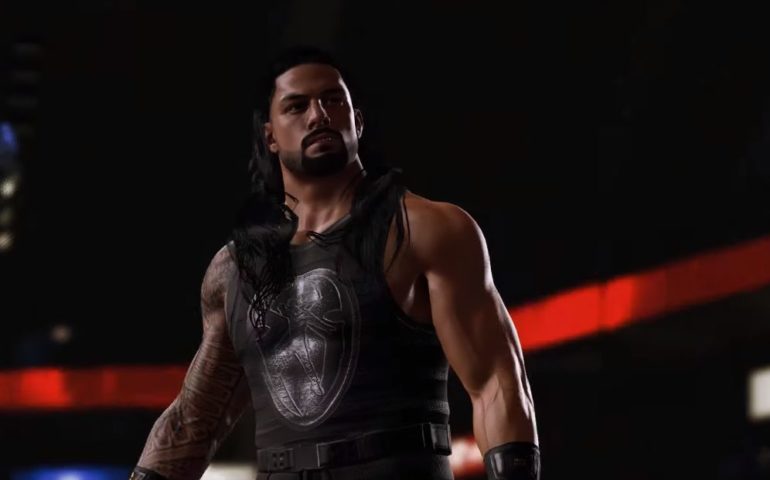 As promised, 2K Games revealed a handful of new features and details about this year’s huge installment in the WWE 2K franchise. With the trailer, cover stars and other minor details leaked over the weekend, 2K had to act quick in officially releasing their own press alongside some gameplay footage and other huge deets.

2K have once again based most of their improvements and additions on fan response, ‘listening’ to their players and making many requested features a reality. For a start, 2K showcase mode will return this year with the hotly anticipated Women’s Evolution theme. Gamers will take control of each of the Four Horsewomen and play through the historic road to equality in a WWE ring. 2K have noted that the control scheme will be simplified in this year’s Showcase mode to make it easier to pick up and play for new fans, whilst also providing veterans with a challenge.

As an added bonus to Showcase mode, WWE 2K have revealed that players will be offered plenty of DLC packages that will include new narratives with new cutscenes and new featured characters. These will be called ‘WWE 2K20 Originals’. Say what you will about the DLC trade, but this is great news for fans of the mode, especially seeing as some of the packages will transport the WWE superstars to fantasy worlds full of zombies and other weird stuff, looks like we might finally see WWE Brawl come to life.

The Women’s Evolution theme is prevalent throughout all of the game’s modes, including MyCareer, as for the first time in the franchise’s history, players will be able to produce a female CAW for the exciting story mode. MyCareer was one of the biggest pros of 2K19, putting gamers into the role of Buzz – a newcomer to the world of WWE – as they play through his trials and tribulations on his road to WrestleMania. Xavier Woods seems to think we’ll be experiencing some equally strange happenings in this year’s story, that may or may not include Papa Shango.

WWE 2K Towers will also return, with the spotlight being put on Roman Reigns in this year’s story tower. Last year’s challenge saw AJ Styles be featured in a ‘million dollar challenge’. For those that actually beat the tower, you’ll know how tricky that challenge was, so maybe we should expect the same punishment in October.

Very little has been confirmed when it comes to the game’s megaroster. In the 2K reveal, we caught the following names:

More details are set to be revealed over the coming months, we’ll keep on top of the roster reveal as well as all other features and new inclusions in this year’s game.

2K20 is set to release on October 22nd, will you be pre-ordering? Let us know in the comments below.