Wu Assassins is jam-packed with some truly magnificent fight sequences - it's just a shame about the plot. 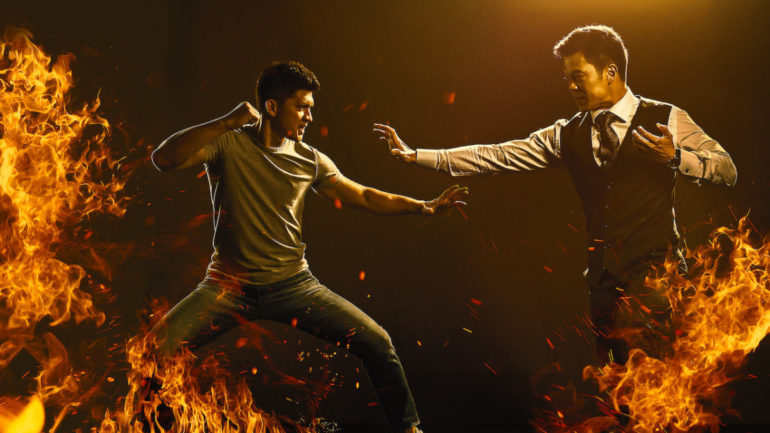 When The Raid was released back in 2011, many viewers were introduced to the martial arts maestro Iko Uwais for the first time. Although he had previously starred in another film with director Gareth Evans, The Raid was when most people sat up and paid attention, and for good reason.

Over the last eight years, he has gained a well deserved reputation as one of the great onscreen martial artists, ranking up there with such renowned titans as Bruce Lee, Tony Jaa, and Jet Li to name a few. His speed, skill and technique presented through meticulous choreography and often captured by effective, tight camerawork has resulted in some truly epic and cinematic fight sequences being brought to the screen.

Audiences who are keen to see this in Wu Assassins won’t be disappointed, as the first episode literally opens with a fantastic corridor fight sequence. There is a lot going on in the show but the standout feature is of course the inclusion of martial arts fight sequences, and on that front it certainly delivers.

Wu Assassins follows the story of Kai (Iko Uwais), a chef working and living in the Chinatown district of San Francisco. When he nearly runs over a mysterious woman named Ying Ying (Celia Au) in his van, she reveals that he has been chosen to be the latest Wu Assassin tasked with retrieving a set of ancient powers and restoring balance to the world.

It incorporates elements of the traditional Wui – Xing Philosophy of five fundamental elements of the universe: Earth, fire, water, metal and wood, as well as aspects of Chinese folklore. Difficulties arise when Kai learns that these powers are being controlled by a number of nefarious characters, and the only way to obtain them is to kill their hosts.

Wu Assassins is a strange hybrid of a programme. On the one hand you have the contemporary setting of  San Francisco’s Chinatown, with modern characters and a focus on the Triad influence. On the other you have the Wu realm which Kai enters from time to time, and the ancient mythological powers he is beginning to learn about.

The Wu realm itself is probably one of the most problematic aspects of the show. The overuse of CGI – and somewhat dodgy CGI at that – means the environment has no physicality or solid presence. Like many films and TV shows which are too reliant on special effects, Wu Assassins feels far too floaty, light and detached. There is no sense of attachment to what you are seeing on screen, and that makes it extremely hard to suspend your disbelief when watching.

It’s a shame the CGI is so poor, because the elemental concepts focused upon in the show are very intriguing and interesting to learn about. Most people will be familiar with the anime series Avatar: The Last Airbender for its exploration of harnessing elemental powers for good and evil. Although it’s cool to see those ideas implemented in another show, Wu Assassins just doesn’t manage to pull it off with the same flair and style as Avatar.

There are a number of reasons for this. For one thing, Avatar saw fit to dedicate each season to a specific element. Wu Assassins on the other hand tries to explore all of the elements in one season. The end result is that it skims over each one quickly, and everything feels too rushed and undeveloped.

The contemporary setting is another issue as the real locations of San Francisco look totally at odds with the Wu Realm. Fantasy is a hard genre to tackle and when combining the mystical with the modern, the mixture has to be just right. It is evident that it doesn’t gel particularly well in Wu Assassins, as the only moment I found the fantasy elements worked was during the  episode set in 1500s-era Scotland. Seeing the wood Wu McCullough (Tommy Flanagan) running through the trees wielding a sword, looking for all the world like Geralt from The Witcher, felt much more in the vein of fantasy than the surreal Wu realm ever managed to.

It’s not that this can’t be achieved but when the CGI is so noticeable and the worldbuilding a little on the light side, it just never feels tangible enough. The advantage Avatar had was that it was entirely animation and set centuries ago. This lends itself better both visually and in terms of traditional fantasy storytelling.

Wu Assassins’ attempt to step away from the classic tropes of warriors, wizards and wandering through woodlands is admirable. But it is unfortunately a misstep, and one where the hybridity of styles doesn’t pay off.

The overall style of the programme is hard to define, as it only really starts to find its correct tone and voice about halfway through the season. The choreography and fight sequences remain strong throughout but the editing, storylines and characters aren’t very consistent in the first five episodes. Certain episodes tell the narrative out of chronological order, and use flashbacks and flashforwards. While this approach can work when executed effectively, in Wu Assassins it just comes across as confusing and jumbled.

The whole Triad storyline with Uncle Six (Bryon Mann) and Zan (Juju Chan) is a strong and prominent feature of the show. It accurately explores the inner works of the shady organisation and the constant power struggles and hierarchy that exist within the criminal underground. Unfortunately, the same cannot be said for the Wu ancient power storyline.

Whenever Kai enters the Wu realm, Ying Ying appears and proceeds to do an awful lot of exposition. More show and not tell would have been nice. The strange thing is that even though there is a lot of explaining about what Kai must do and his role as the Wu Assassin, the way the powers work isn’t entirely clear.

Naturally it doesn’t need to be completely grounded in reality, but even great fantasy writers and world builders at least suggest how the magical elements work. The various powered enemies look cool with their abilities to summon fire and manipulate water, but it never goes any further than that. Kai’s training montage in the Wu realm is surprisingly quick and there isn’t much of an attempt to explore his understanding of his newfound abilities.

Kai’s learning curve is either extremely quick or doesn’t make sense in the context of his character development. The most blatant example of this is when he states he is not a killer and unwilling to take a life. Yet one episode later he is snuffing out enemies without feeling nearly enough sense of conflict or internal struggle.

Kai and his friends come up against some fairly formidable foes. As TV shows have developed over the last ten years, so too has the focus on the character development of villains. Wu Assassins excels in that area, delivering a handful of well fleshed out baddies with rich backstories. You don’t exactly sympathise with McCullough, Uncle Six and Zan, but you get a better understanding of their reasons and motivations for what they do.

Other villains such as water Wu Miss Jones (Summer Glau) and earth Wu James Baxter (Kevin Durand) aren’t as deeply developed, but their scenes are still engaging to watch. Although only in it briefly, Baxter’s storyline is done really well and Durand gives an impressive and downright creepy performance as the delusional earth Wu.

Unfortunately the heroes of Wu Assassins aren’t quite up to the same standards. Some of the acting is a little wooden and cheesy. This seems more than likely due to weak character and dialogue writing. Particularly in the case of Christine (Kathryn Winnick), who starts off initially as an interesting and likeable character but lacks growth and development. This is a real shame because Winnick is a good actress, as evidenced when she played the formidable Lagertha in Vikings. But she is simply not given enough to work with here, and in a season where so much is happening at the same time she ends up a little overlooked.

The good news is that siblings Jenny (Li Jun Li) and Tommy Wah (Lawrence Kao) are much better developed. The actors have a good on screen chemistry and you buy into the fact that they are brother and sister. Additionally, their problems and issues are interesting, genuine and better written. Jenny is dealing with the pressure of running her family owned restaurant, and Tommy is a heroin addict, unable to kick the habit. These difficulties they face are conveyed well, but it is when they impact one another that it works particularly well.

Overall though, there’s an inescapable feeling that the writers had more fun and took more interest in creating and writing the villains of Wu Assassins. The positive aspect of this is that it is very important to have well crafted villains, as it can be a disappointment if not implemented effectively. But at the same time, an equal level of detail and attention needs to be given to the heroes. I never really felt real enough empathy or a sense of connection with Kai, and it meant that I wasn’t particularly invested in whether he prevailed or not.

Where the drama is problematic, the same cannot be said for the action. Personally I really liked Iron Fist, but it’s understandable that people felt there weren’t enough martial arts sequences, due to a big focus on character study. Wu Assassins, on the other hand, is jam-packed with some truly magnificent fight sequences. The choreography is jaw-dropping, and the cinematography fluid.

Iko Uwais is the main attraction with his phenomenal martial art skills, but he isn’t the only one demonstrating his physical prowess. The majority of the cast fight either alongside or against Iko, and it results in a great variety of fighting styles on a grand scale. Winnick might not have been given a lot to work with script-wise, but she makes up for it during her fight sequences. I was previously aware she was a skilled martial artist as well as an actor, but seeing it implemented properly onscreen made me giddy with delight.

Wu Assassins feels like a lot of ideas, content, and styles crammed into one season. This results in a show that lacks a consistent rhythm and tone, as it is trying to do too much at once. It feels much more competent in the second half of the season, where it settles into more of an appropriate groove. There’s definitely some good material to be found in the show, but there is a sense that they have chosen quantity over quality, which is a little disappointing. 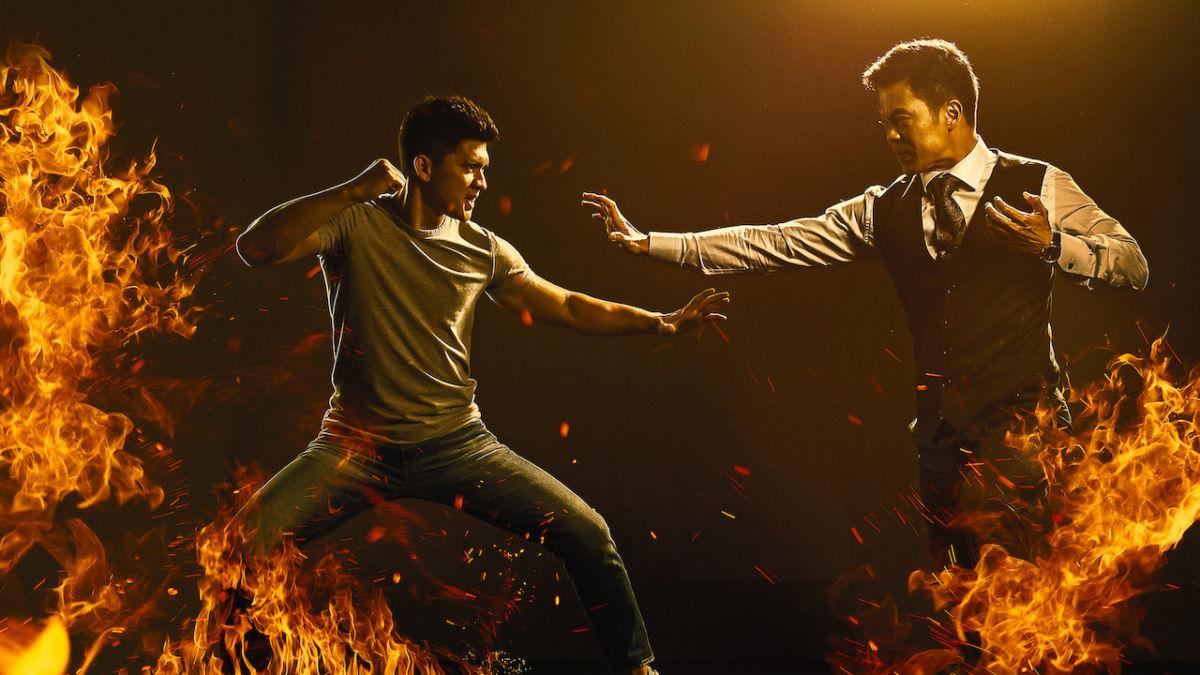 Verdict
Wu Assassins is a fun, fast paced fighting fantasy that excels in its delivery of awesome fight scenes and skillful camerawork. It loses its allure with dodgy CGI and weak script work, but makes for an easy and not particularly taxing watch.
6.5
Cultured Vultures is a pop culture website established in 2013 covering all things gaming, movies, and more. We eat your words.
All The News On The Biggest Games