Does Wrestling Have A Nostalgia Problem? 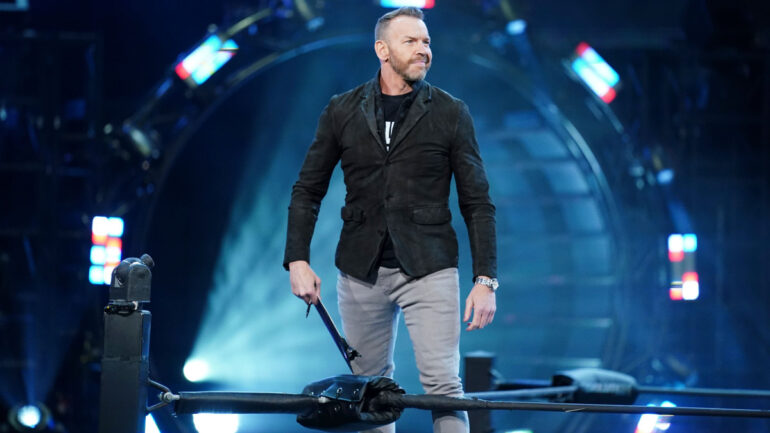 Nostalgia: a sentimental longing or wistful affection for a period in the past.

Wrestling, much like wider society, is affected by feelings of nostalgia in a multitude of ways (both negatively and positively). Whether it be the rose-tinted shine we place upon past events or the wishing for that to return, nostalgia manifests itself in the wrestling fan base seemingly constantly.

Almost all wrestling promotions derive strong influence from nostalgic sentiments, with WWE, AEW and Pro Wrestling NOAH being the companies I am using as examples. While it’s clearly an impactful tool, but is it a positive or negative influence on pro wrestling?

Whether we like it or not (and I, for one, don’t) WWE is the most visible, most watched and simply largest wrestling company in the world. WWE employs nostalgia on a constant basis in their current era, something which makes it undeniably important to the wrestling world as a whole.

Nostalgia affects WWE’s product more than it affects the product of any other wrestling promotion, with an ever-present flow of past-their-prime, broken-down wrestlers at the top of the card. Goldberg, Undertaker, Kane, and Triple H, to name but a few, have all featured prominently in recent years despite being over the age of 50.

WWE have an overzealous reliance on old “legends” and “Hall of Famers” in the company, which results in much younger wrestlers being held down. This overwhelming negative is a clear consequence of wrestling’s nostalgia problem, as it’s stifling the wealth of rising stars (such as Cedric Alexander, Ricochet and the now released Andrade) in the world’s biggest promotion.

This speaks to what I see as the major problem with nostalgia in wrestling, because when it is used too much (as it is in WWE), instead of elevating the roster, it’s holding it back. WWE have seen the need to rely on nostalgia, notably older talent, to the extent that they aren’t able to create new stars. This is because the company higher-ups are etching into the audience’s mind that the young wrestlers aren’t as good as their older contemporaries, so they are being held back as soon as they arrive. It’s deeply damaging as it stops the creation, evolution and rising of new talent because they will always be seen in the shadow of legends.

I think AEW both proves and disproves my argument simultaneously, as they use many wrestlers who play into strong nostalgic feelings, but not all of them are detrimental to the promotion. Sting, Tony Schiavone and Dustin Rhodes are clear evidence of the positive effects of nostalgia in pro wrestling.

While there are a wealth of examples of positive nostalgia, I would argue Christian, Matt Hardy and Jim Ross are examples of nostalgia weighing down the product. Hardy and Christian have offered some highlights in their AEW tenure so far, but they’re still holding the product back because they’re in key roles and wrestlers with a brighter (and longer) future can’t take up those same positions.

So it isn’t all bad, right?

Well, for every Schiavone there is a JR, for every Sting there is a Matt Hardy, and so on. Nostalgia is good in small, managed quantities, but too much of it dilutes the production considerably. I happen to be a big fan of AEW, with them being my favourite promotion outside of the Land of the Rising Sun (which isn’t without its nostalgic faults, as I’ll come to), so I of course enjoy their product.

This presents a nuance, as it in fact isn’t always a problem. As AEW have shown, nostalgic feelings can be tugged upon to elevate the younger talent, not push them down like in WWE. Nowhere is this more obvious than in the on-going relationship between the ‘Icon’ and phenomenal rising star Darby Allin. This is purely a nostalgia hire which elevates the younger wrestler – evidencing that it is the antithesis of a problem.

However, as I’ve mentioned, it isn’t all hunky-dory as nostalgia has certainly hampered the great success of AEW. The more they hire “older” talent, the more they begin to rely on their nostalgic influences to build stories, feuds, shows and their promotion as a whole. This is where the central problem lies, as Pro Wrestling NOAH is further evidence of.

I would argue Keiji Muto is one of the very best wrestlers of all time – a legend of legends – but the monumental nostalgia which carries his current run is at the detriment of NOAH as a whole. At the age of 58, Muto defeated the ‘Ace’ of Pro Wrestling NOAH, Go Shiozaki, back in mid-February, and in doing so became the GHC World Heavyweight Champion. As a result, Muto created history, becoming only the third man in history to complete the Puro Grand Slam (NOAH’s GHC, AJPW’s Triple Crown and NJPW’s IWGP Heavyweight Championships).

He went on to successfully defend the title against future-Ace of the promotion, Kaito Kiyomiya (24), a move which I am heavily critical of. Kiyomiya is the company’s brightest star, and having him fall to a man more than twice his age is incredibly damaging to his rising credentials.

This is the crux of the issue, as fundamentally it all boils down to, as seen through Muto in Pro Wrestling NOAH presently, nostalgia becomes a deadly issue when it is being used to regress comparably younger wrestlers. Nostalgia should progress them in their careers, not hold them back.

Positives of nostalgia in wrestling

Nostalgia, when used in the correct amounts, is an invaluable asset to any and all pro wrestling companies across the globe.

In this vein, it’s important to note that there are undeniable positives to having older wrestlers in critical roles on your roster. This is currently on display in the Japanese promotion DDT Pro-Wrestling (Dramatic Dream Team), whose reigning KO-D Openweight Champion is the 51 year old Puro legend Jun Akiyama. He is a multiple time World Heavyweight Champion in both AJPW and NOAH, but these were all accomplished in the 2000s and early 2010s, so his current career renaissance speaks to the positive powers of nostalgia in pro wrestling.

Akiyama is performing at the peak of his abilities, despite being over the age of 50, with his current run being an undeniably positive example of nostalgia at work. The argument that nostalgia is crucially important to the industry in a vastly positive way is because it provides a platform for wrestlers to re-energise their careers in a way which not only elevates them, but also the promotion they’re working for.

So, it isn’t all doom and gloom, as there is something that can be done to alleviate the issues caused by nostalgia in pro wrestling. Simply, it’s about using nostalgia in the small, yet significant, amounts where it’s effective in elevating the company, young wrestlers and the older talent themselves.

AEW, DDT and some others have valiantly shown that this is possible, it’s just about time that other wrestling companies follow suit. Instead of adding to wrestling’s nostalgia problem, they should work to turn it into a positive for the entire wrestling industry.