Wrestling and Autism: In Conversation With Brian Zane 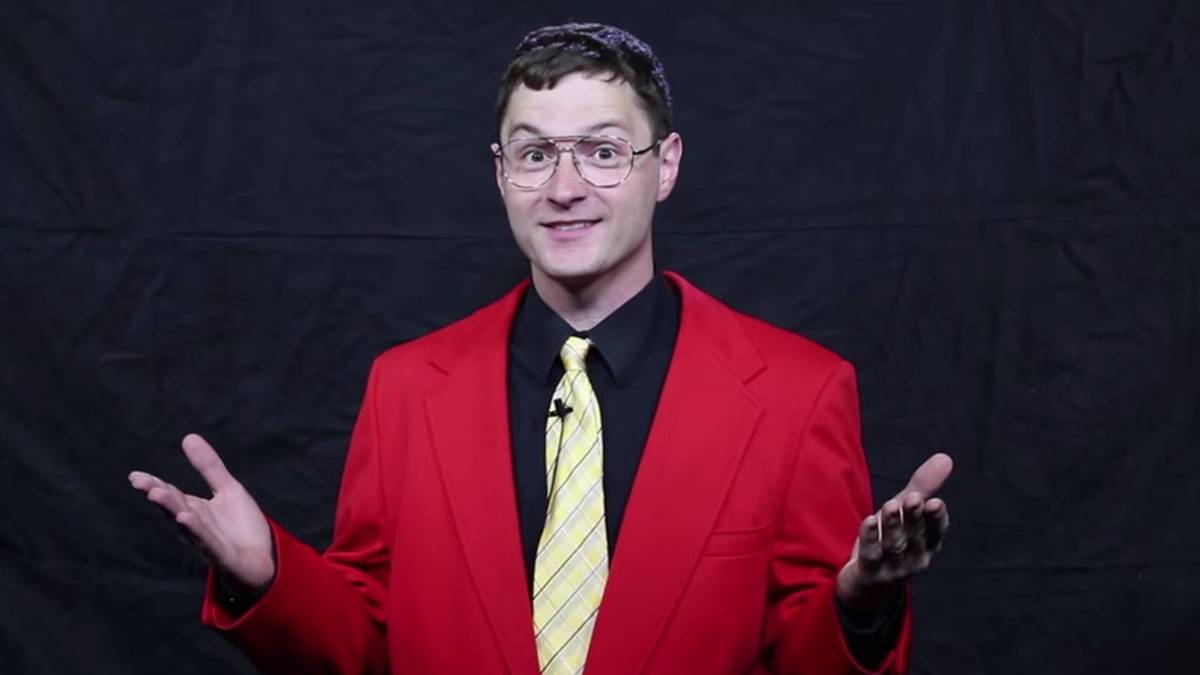 Autism is a subject that often isn’t engaged with in a tactful way. It’s a word that is regularly hurled at people on the internet as an insult when an unpopular opinion is presented. As somebody who is on the spectrum, I just have to grit my teeth and bear it. Fighting battles with everybody on the internet that says something distasteful isn’t a wise hill to die on.

In wrestling, I’ve found comfort. It’s a constructed world with ongoing storylines, larger than life characters, and a sprinkle of utter ridiculousness. I wanted to pen something about my relationship with both autism and professional wrestling for Autism Awareness Week, but I didn’t want to do it alone.

Brian Zane is a man who needs no introduction to the Internet Wrestling Community. His YouTube Channel, Wrestling With Wregret, boasts over 200,000 subscribers. His content ranges from video essays on wrestling to countdown lists and classic pay-per-view reviews. On top of this, the Brian Zane character is a heel manager on the independent circuit, fulfilling a long-time dream many fans have had in actually taking part in the business.

A key trait of autism is engaging with hobbies on such a level that it borders on obsession. This is undoubtedly true of me, I’ve been hooked on it since I could create memories. I asked Brian if he felt the same way.

It’s nice to know that I’m not alone in my condition playing a part in my love of wrestling. As far as the representation of autism itself goes in wrestling, it’s quite lacklustre. Explicitly autistic wrestling characters are few and far between. Of course, with Brian being a trained professional wrestler and current manager, I had to ask whether or not he incorporated his own autism into the role.

“When it comes to my wrestling persona, it is definitely me coming through, albeit more angry and entitled, as I’m a heel. My autism doesn’t really play into what I do at ringside or in promos, though. My character on my YouTube series, which is far more neutral, might only be considered “autistic” due to the amount of passion I have when talking about certain subjects, but even that is a stretch.”

When it comes to autistic wrestling characters, our minds are all cast back to one example in particular: Eugene. The character, as portrayed by neurotypical wrestler Nick Dinsmore, was a wrestling savant. He was a man who wasn’t all there outside of the ring, but he could get it done between to ropes just from watching and copying his wrestling idols.

Personally, I hold a mixed opinion on Eugene. The idea behind the character was effectively Rain Man but with wrestling, and it was highly exaggerated. Brian himself has made a video examining Eugene’s run in the WWE, where his conclusion on the character was a positive one.

“Looking back – and I can’t believe I’m admitting this – I think Eugene might actually be one of the best portrayals of an autistic person you could possibly do in wrestling (even though his on-air persona was more of a catch-all for a variety of learning disabilities and was never narrowed down to one specific condition). His speaking patterns and his movements, especially at the beginning, were actually really well-done, if perhaps a little extreme. But ultimately, I think a character like that has to be cranked up to 11 in order for it to register with fans. It’s akin to throwing a punch in the ring; you have to wind way back and follow all the way through with BIG MOTIONS because the people in the cheap seats need to be able to see it. It’s the same thing with putting forth a character.”

Brian’s perspective is one I’ve never heard on Eugene, and it has made me reconsider my stance on the character. Any wrestler will tell you that your character has to be amplified by a thousand percent in order to work. Wrestling isn’t about subtlety. Would Eugene have even translated as a character had he just occasionally flubbed a social interaction? Probably not.

Flubbing social interactions isn’t just an isolated event when you’re autistic, though. It’s something can govern your life. Personally, I’m afraid of leaving the house most of the time, which has affected my life as a wrestling fan.

Despite my undying love for wrestling, I’ve never once bought a ticket to a live show. No WWE tours, no independent promotions, nothing. Every time I think about going to a show, I freeze up and a wave of concern comes over me. This isn’t nerves, it’s a crippling fear that people need to understand drastically alters my lifestyle.

In need of advice for myself and other autistic wrestling fans in my position, I wanted to talk with Brian about how best to approach attending a wrestling show if you’re on the spectrum.

“I think the best thing to do is to go with a friend and just get lost in the show with him or her. The first show I ever went to, my senior year of high school, my friend and I sat front row and spent the whole time cheering the heels and booing the faces because we were so edgy, haha. We probably pissed a lot of fans off that night because we were so loud and obnoxious but I never felt shy or nervous being part of a large crowd like that. Whenever I went to a show alone, I never felt nervous in crowds because I would keep to myself and not try to start up conversations with strangers, but what worked for me obviously doesn’t always work for everyone else. I just focused on the in-ring stuff.”

In a similar vein, I wanted to pick Brian’s brain about his involvement in the wrestling business. It’s another thing that I feel my autism has got in the way of me taking part of.

“Again, this is just my experience, but I’ve never had any issue with not fitting in with my peers when I began wrestling. There’s cliques and pockets of the locker room where guys talk to each other and it’s sometimes hard for me to infiltrate, but it doesn’t really bother me. People in wrestling are either friendly or they aren’t and there isn’t much you can do about it. But once you’ve broken in and paid your dues, there’s almost always an unspoken understanding that you’re part of the show for a reason, and there is usually no need to fear being left out of the club.”

Hearing this was a real relief, as exploring wrestling management is something I’ve always liked the idea of. If you’re autistic or neurotypical, then I recommend Brian’s Getting Into the BiZ series on his channel. The 12-video long series breaks down all the steps you need to take in order to progress in the wrestling business.

When it comes to others who are autistic wrestling fans, I have wondered if there’s something about wrestling that draws us in. I’ve noticed over the years that many of my friends and acquaintances on the spectrum have been hugely into wrestling. I threw the idea out there that wrestling may have a certain allure when it comes to autism for Brian to ponder.

“I don’t think that people with autism are drawn to any one thing more than another; for me, it was just the right product at the right time in my life. In an alternate universe, I might still be obsessed with Star Wars, or football, etc.”

It’s a good point. I know that my interest in wrestling stems from my love of getting lost in huge worlds and characters. But is that necessarily a product of autism, or has autism only intensified these passions? It’s likely the latter.

I discovered that myself and Brian both have a background in acting, something that provided me with much joy during my formative years. Disappearing into a character and being on the stage has always given me a certain confidence with performing. Brian’s belief was that he could apply that to wrestling, and thus eliminating any of the social hang ups that might come with being an autistic wrestling manager.

“Personally, I’ve never had a problem cutting promos because I’ve been involved in theatre since I was in grade school, and wrestling for me is just a different kind of acting. Once I’m out there, I’m fine. But I’ve always been a stickler for wanting to map out exactly what I want to say in promos, and that can be a time-consuming and frustrating process. I’m not sure if that has anything to do with my Asperger’s, but it could!”

I’d like to thank Brian for his insight and for taking the time to talk with me. If you’d like to see his critical analysis on wrestling, then please do check out his YouTube channel if you haven’t already.

As it is Autism Awareness Week, if you have any friends who are autistic, then maybe take some time out of your day to talk to them about how it affects them. Just always make sure that they’re always comfortable. Remember that we’re human beings with feelings and interests, interests that we could talk about for hours.