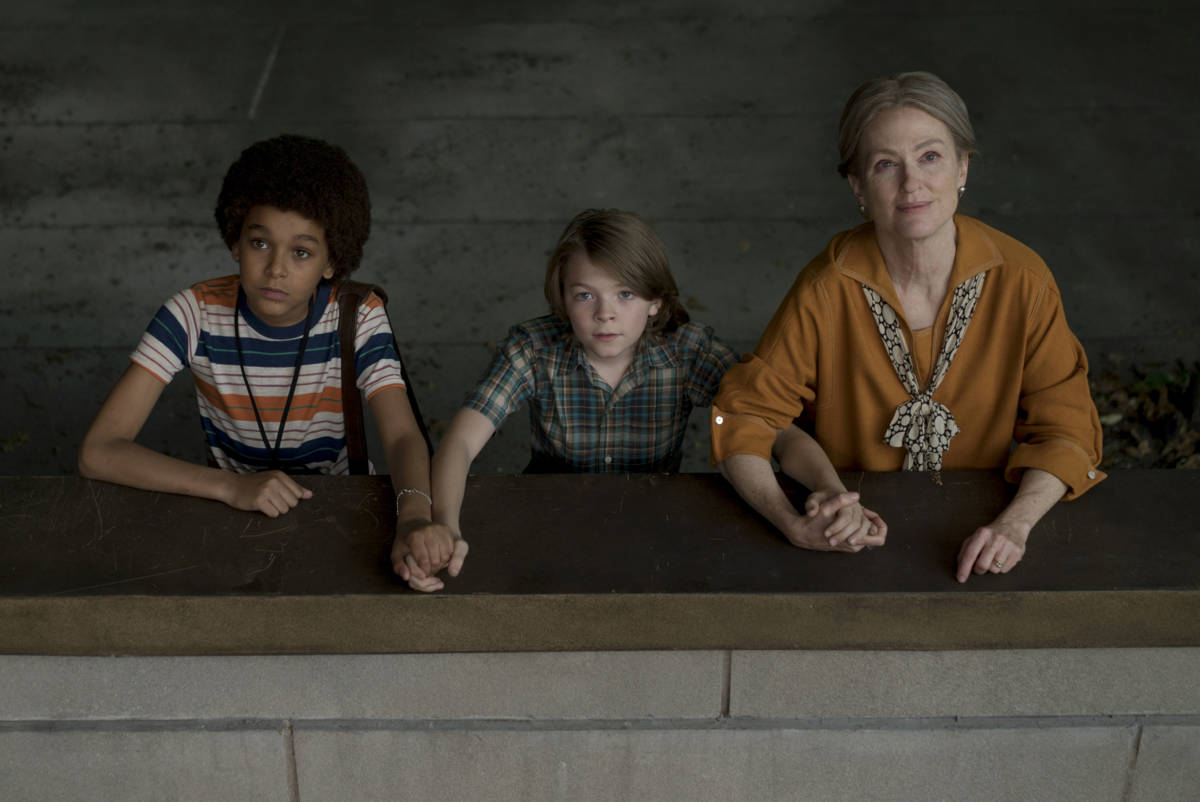 Wonderstruck‘s double-period timeline is one that can be confusing as it switches back and forth, but the emotional tone hits the right mark.

Readers of Brian Selznick’s book will take the most away from director Todd Haynes’ film adaptation. Those that didn’t read the book, including this film critic, are going in completely blind but are able to figure out the connection to the differing time periods during the second act. Regardless, it’s impressive that Selznick was able to adapt a screenplay from a book that he had thought was unadaptable for film because of the way it is told.

The first time period is set in 1927 and shown in black-and-white when Rose (Simmonds), a deaf girl, runs away from home to find her mother, Lillian Mayhew (Moore), in Manhattan. Because she’s deaf, the filmmakers decide to show her story in a way that’s reminiscent of a the late-era silent films because we see life through Rose’s eyes and ears. The black-and-white cinematography only serves to enrich this time period on screen.

Cut to fifty years later in 1977 and a suddenly deaf boy, Ben (Fegley), decides to leave his home in Minnesota in search of finding out anything about his father in New York shortly after his mother, Elaine (Williams), dies in a car accident. Because Ben was only partially deaf before tragedy struck, his story gets told where the viewers can hear the other people talking. Whereas Rose was deaf from birth, Ben has the ability to talk. Even if he can’t hear what others are saying, they can hear what he has to say.

Overwhelmed by Manhattan and unable to use sign language, it’s fascinating that both of their stories share an intersection with the American Museum of Natural History. This results in the film providing justice to the museum in a way that the Night at the Museum trilogy didn’t. Ben sees an older woman (Moore) at the museum that comes daily to look at just one exhibit.

Haynes isn’t a director that would usually make this sort of film. Making a film that’s aimed at families is new for the director because Haynes usually directs films that touch on sexuality, identity, and social responsibility.

The film shares some thematic material with Martin Scorsese’s Hugo, which should not come as a surprise since Selznick wrote the book it was based on. The childlike sense of wonder in an adult world is what’s to be expected in any Selznick adaptation. The  historical settings also help contribute to the storytelling with the realistic characters.

Wonderstruck is a truly wonderful film, even if it was originally thought to be unadaptable.

Roadside Attractions and Amazon Studios opened Wonderstruck in New York and Los Angeles on October 20, 2017. The film expands into more locations on October 27, 2017.