Why Pete Dunne Should Remain As Butch In WWE

Can you handle a hot take? 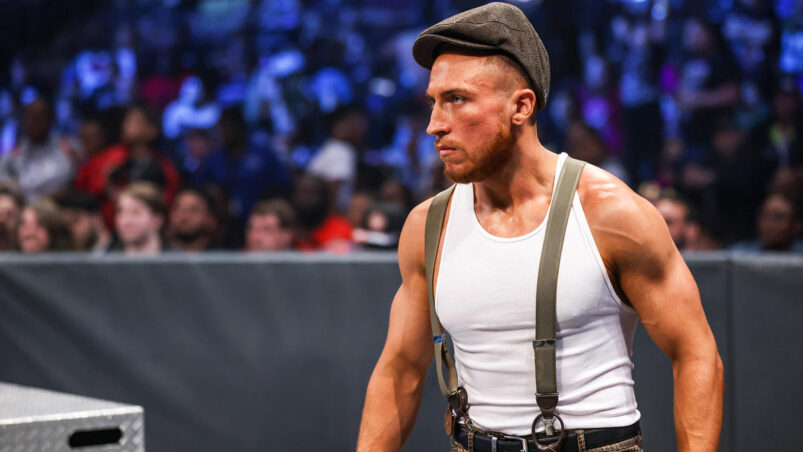 2021 brought a plethora of main roster debuts from NXT, but one of the most talked about was ‘The Bruiserweight’ Pete Dunne. Pete’s career on the main roster began with a few spouts of action on episodes of Main Event, including some underrated performances against the likes of T-Bar and Roderick Strong. It was a while before Pete Dunne would actually officially debut on the main roster, but when he did, it wasn’t exactly as WWE fans expected him to.

Wrestling under a new moniker and with a new Peaky Blinders themed gimmick, the now named Butch started to turn heads as the former Pete Dunne was nowhere to be seen. The record-setting NXT United Kingdom champion was now wrestling with a very new style, one which was tailored more for the main roster as opposed to the finger-snapping, gritty strong style that he showcased back in NXT. This was one of the more controversial decisions that WWE made in 2021, as many fans were quick to turn against this gimmick, calling it something that would likely be seen back in the 90s when WWE were going more in for the comical characters rather than the more serious wrestlers that we see today.

However, despite this mass criticism, Butch became one of the most talked about members of the SmackDown Live roster, being teamed with Sheamus and Ridge Holland as the Brawling Brutes, starting to build their own reputation as chaotic thugs. Butch mostly featured in backstage segments, which saw his partners having to chase him throughout arenas as the unhinged Butch was unable to be contained. Butch often caused havoc mid-match, having to be held back by Sheamus and Holland before serious damage could be inflicted. Butch was being positioned as more of a comedy character, but it wasn’t long before he became one of the most over gimmicks on the shows.

Fans were loving the ongoing chase scenes featuring Sheamus and Holland, aided by the hilarious social media posts of Butch snarling in a variety of different locations. Plus, whenever Butch did happen to show up in the ring, the live crowds would go absolutely wild for him. Somehow, someway, Butch was becoming a success on the main roster.

It wasn’t long before Bush was then featured in live event championship matches against the likes of Ricochet and Sami Zayn. I was fortunate enough to see one of these matches in person, where Butch would appear through the middle of the crowd, not even getting a proper entrance, but still receive one of the loudest pops of the night. This could be mostly credited to Pete Dunne’s reputation as being one of the best wrestlers in the world today, but it can’t be argued just how popular the Butch character had become in such a short space of time.

Since the usurping of Vince McMahon and the ascension of Triple H to the throne, wrestling fans have been quick to suggest that the Butch character should be done away with in favour of bringing back ‘The Bruiserweight’. But, personally, I would argue otherwise. Butch has only just started to scratch the surface of the success that he might be able to reach with Sheamus and Ridge. The trio are obviously having a great time putting together these comedic skits and also having some fantastic matches on top of that — just see the recent bouts with Drew McIntyre if you need proof.

Even though Butch is taking most of the falls to whoever the Brutes are feuding with at the time, this isn’t harming his momentum and he’s still featured regularly enough for it to lead to something big. Which could easily find himself involved in the Intercontinental Championship scene in due time. Just imagining a return match between him and Gunther is tantalising enough, to say the least. So long as Butch is allowed to bring back a few elements of his former character and wrestle in the same style that he brought to his iconic matches against the likes of Tyler Bate and Adam Cole, then I dont see how this could go wrong in the long run.

Pete himself also said in a recent interview in the UK that he was having a great time exploring new elements of his personality through evolving his character. He noted some great wrestlers such as William Regal, Daniel Bryan and Kurt Angle, who have each gone down the routes of being a comedy wrestler to huge success, winning championships and being taken seriously when the bell rang. Butch could easily balance both as well And being such a young wrestler with so much ahead of him in his professional career, there is no limit to what Butch or Pete Dunne can achieve in the WWE.

But in order to make this happen and not let Butch fade into the background, he must be given some feuds and matches of his own, so that he’s allowed to stand out from the rest of his stable. Butch is a very unique character that brings a whole new layer of fun character work and physicality to the wrestling itself. But at the moment it’s a very rare sight to see him performing in singles competition. Triple H needs to give Butch some time to himself to showcase what he can do in front of a new audience and prove to the doubters that Pete Dunne isn’t dead, just entering a new era of his career.

At the end of the day, if the performer themselves is having more fun expressing a new side of their creativity, then the work that they put together in the ring will reflect that as well, and we’ll get a much better version of themselves than if they carried on with the same stagnant character. Just think about Chris Jericho, for example, and how many times he’s switched up his character and his gimmick to huge success. Whatever Jericho needed to be at the time to fit the feud that he was in, only added to the overall narrative, whether it be more of his comical side, such as when he was competing with Orange Cassidy or, if he needs to delve into the more violent aspects of his persona with ‘The Painmaker’, like he has recently done against Eddie Kingston.

Bush could easily do the same, bringing out the more sadistic side of him When competing in more high calibre championship matches, or expressing his inner Butch. When the feud isn’t quite as high-profile. Regardless, Pete Dunne, the wrestler can still perform to a top standard whoever he happens to be wrestling as. This is only the start for the young Brit, and with Triple H in charge, there’s no doubt that he’ll achieve success in the near future. Whether he’s making us laugh as Butch or making us cringe as Pete Dunne, you won’t be able to take your eyes off this man going forward.