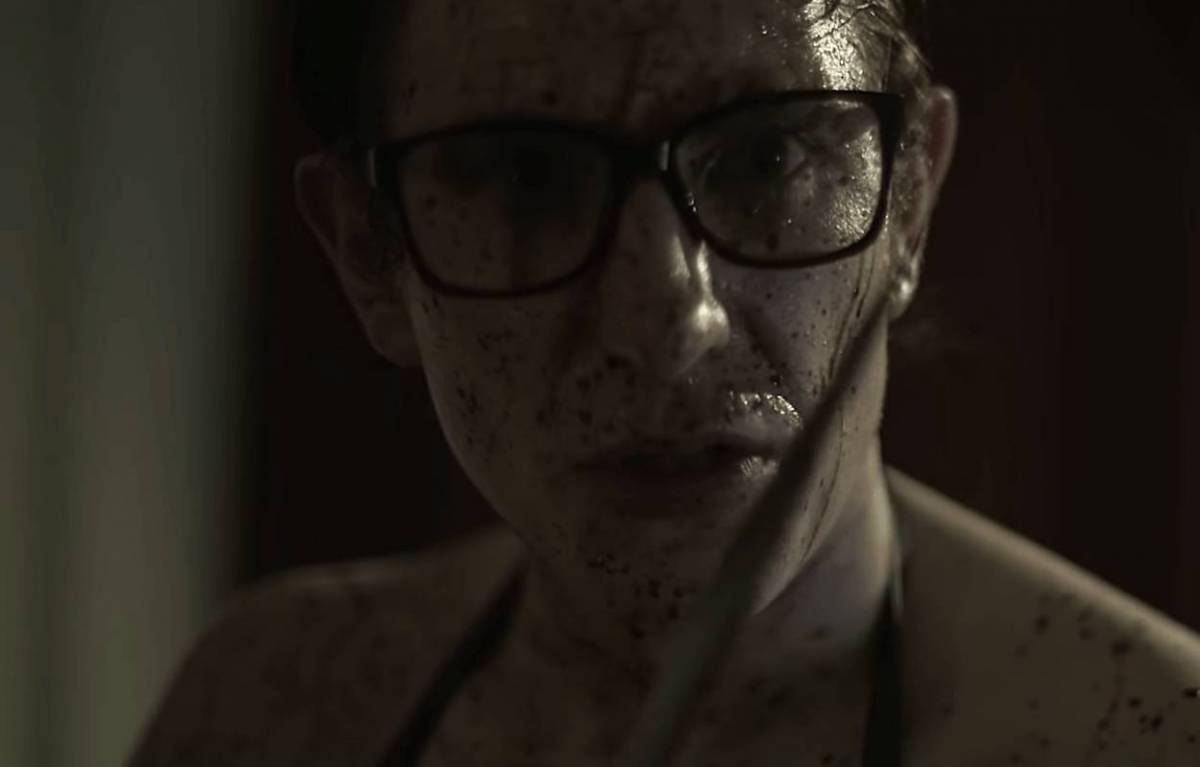 The question that Who’s Watching Oliver proposes is answered not long after the opening credits. Oliver’s mother is watching over him, and she doesn’t have his best interests at heart.

Psychotic, disturbed, and mean, she makes Oliver torture, rape, and kill women while she watches from the other side of a computer screen. Oliver has OCD, is detached from reality, and is probably on the autism spectrum. He was also severely abused as a child, so his social life would probably have been fucked anyway. See, his dad tried to burn young Oliver alive, but Mom came to the rescue and killed the guy. Now Oliver, a man in his late 20’s or so and living in Thailand, caters to his mother’s sick desires as she watches.

Because of his OCD, Oliver follows a very strict routine. He wakes up, takes his pills, showers, walks around the city with his camera, sits at the same amusement park bench for a while, goes to a club and picks up a woman or hires a prostitute, takes her home, ties her up, does whatever his mother wants him to do with her, kills her, chops her up, dumps the body parts.

However, one day, during the bench-sitting part of his routine, Sophia (Sara Malakul Lane) changes everything when she approaches Oliver, sits next to him, and strikes up a conversation. The scene’s a bit eye-rolling, because it’s got a Manic Pixie Dream Girl thing going on. I mean, when the reasoning behind her attraction to Oliver is revealed, it kinda makes sense. Or sense enough, at least. At the same time, our guard is up about the whole thing, precisely because Sophia is way too beautiful to be attracted to Oliver. We start to wonder what her own sinister intentions might be. Writer/director Richie Moore and his co-writers Russell Geoffrey Banks (who also played Oliver) and Raimund Huber do a damn good job of keeping us guessing.

Who’s Watching Oliver is a comic movie, certainly, though I’d be hard pressed to call it a horror-comedy. The comic nature of the film dulls the horrible acts that Oliver commits, as well as the theme of parental abuse, although not a lot.

Margaret Roche plays the mother in what is apparently her first screen acting role. Props to her for being willing to go all the way with a very crude and just generally mean character. It’s actually kind of perversely fun to watch her berate Oliver. Sara Malakul Lane does a very good job of fleshing out a more or less one-dimensional character. Russell Geoffrey Banks completely transforms himself into Oliver. A lesser actor might have turned this very comic character into a caricature. Oliver’s believability hinges on Banks’ performance, and he pulls it off.

Who’s Watching Oliver is directed with great polish and skill. Richie Moore is aware that even the smallest details affect mood. The movie doesn’t have a low-budget feel about it. A lot of this might have to do with Moore, a first-time director, having worked as a camera operator or cinematographer on several Hollywood films including Bangkok Dangerous and The Hangover Part II.

Who’s Watching Oliver is graphic enough to be described as extreme horror. The gore can be shocking, but it’s not gratuitous. The first rape/death scene proves the movie’s point, so further scenes are less lengthy and graphic as the movie goes on.

Even at its darkest, the comic sensibilities of Who’s Watching Oliver keep it from becoming despairing, nihilistic. The ending is even kind of…cute(?) for an extreme horror film.

Who’s Watching Oliver is one of the better horror movies I’ve seen this year. It is currently making the rounds at film festivals (and picking up quite a few awards along the way), but hopefully it will be in wide release soon.