What’s the Verdict on Aquarius so Far? 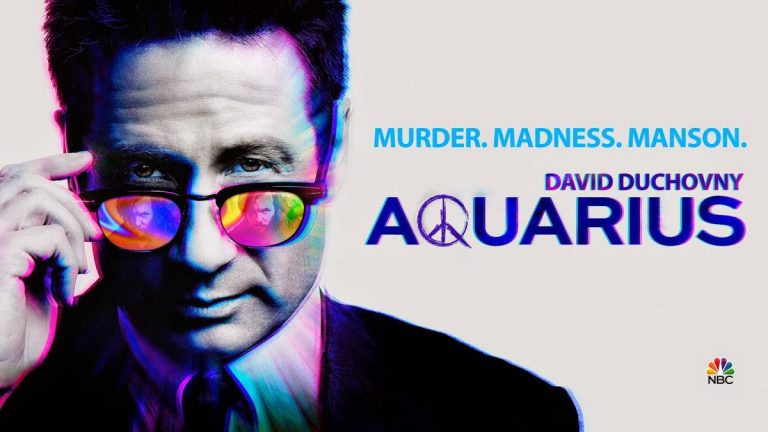 David Duchovny is definitely thoroughly enjoying his second bite of the cherry heading the cast of Aquarius: a new crime drama series about Charles Manson and his cult of followers in LA in 1967. The series is filling the gap left by True Detective season 2 rather nicely which received mixed reviews (I personally enjoyed the series although it was vastly different from the first season).

It has a very similar style and feel to that show and the 60’s setting is captured perfectly. Even though the series has only aired up to episode 4, there has been a lot going on in the background of this atmospheric drama: racial tensions, sexism towards female police workers, sexual exploitation and the blossoming of recreational drug culture all being explored in the storylines whilst remaining firmly centred around the creepy Charles Manson, played brilliantly by Gethin Antony. If you’re looking for a new crime drama, this could be the show for you.

The show centres on Charles Manson before his infamous murder spree and focuses on the warped creation of his Manson family and those who try to thwart him, including the LAPD headed by Detective Hodiak (Duchovny) and his partner Shafe. One of the shows strong points is characterisation. The relationship dynamic between the two detectives is one that instantly provides room for exploration. Hodiak is the seasoned older man with perhaps questionable interrogation techniques and Shafe is the younger perhaps naïve detective striving to bring justice in a modern fair way.

This chalk and cheese dynamic is crucial to any detective drama and already we have found out that both men have their own secrets and although being vastly different in their technique have very similar morals at heart. The story begins with Hodiak being called out to aid an old flame of his whose daughter has gone missing. Her husband, a successful lawyer. demands it be kept quiet for fear of it harming his reputation. We can already see the cracks forming in that relationship as her husband is revealed to be keeping many more dangerous secrets as the series unfolds. Nobody is quite as they appear on the surface, which always makes for the best crime series’. 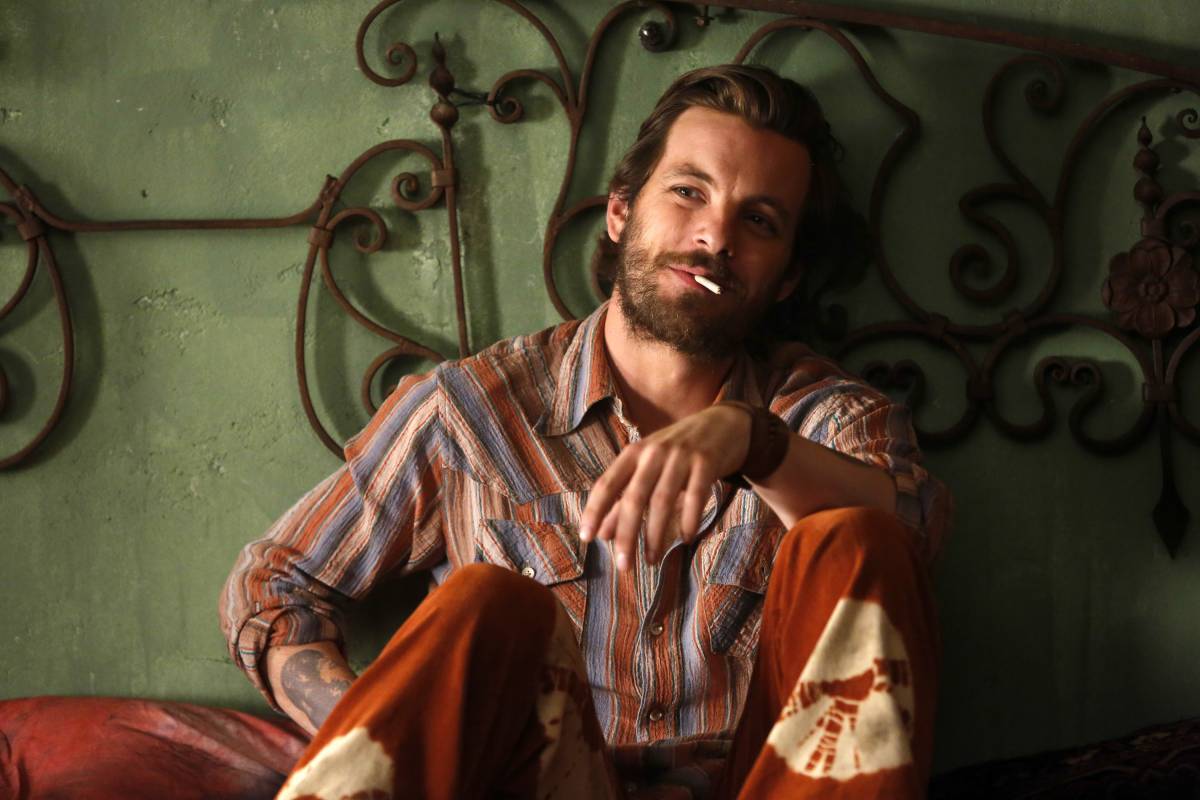 As we explore the gritty, desert landscapes of LA, we also realise beneath the perfect picket fence facades everyone has secrets. Even Hodiak. With a failed marriage beneath his belt and demons of his own Hodiak is a very interesting character. Duchovny is firmly in his comfort zone playing the detective battling his own problems whilst trying to bring justice to the inhabitants of LA. Hodiak is reminiscent of an older and more embittered Fox Mulder. Manson himself is played with devilish Machiavellian aplomb. He is in very creepy and you can’t help but be captivated by him when he is on screen. His presence alone explains why the man garnered so many followers in the late 60’s. Shafe also proves he is more than capable of holding his own amongst more seasoned actors.

Another strong point is the sense of time and place that has been illustrated beautifully through the music and style of the time. The racial tensions and sexual equality in the workplace that peppers the storyline seems to echo our present in an almost alarming way. The music and hippy bohemian style of Manson’s followers is straight out of the ‘Summer of Love’. Sexual violence, manipulation and drug use are all handled in typical crime drama fashion. Everything feels gritty and raw with a Californian sunny glow painted over everything. It’s very atmospheric and the side plotlines and crimes are enough to keep the pace going and retain your interest.

It’s been a strong start from the show and I’m interested to see where we’ll go next with the retrieval of our main victim in the last episode alive and well although clearly psychologically disturbed and on drugs. Aquarius has much more to offer and I’m eager to tune in for the next episode. Duchovny still has plenty of miles left, which is reassuring for the new season of X-Files airing next year and he is at his best playing characters that aren’t necessarily 100% good guys. Californication is another example of this. There is darkness in Hodiak which makes him an altogether more interesting character.

It’s a very interesting concept for a crime true based on real events and I urge anyone who hasn’t watched it yet to check it out for themselves. Sometimes the pacing seems a little off and you can get lost amongst the side plot threads. For some viewers the warped acts of Manson and his followers might prove a little too much, but all in all, it’s a very promising new crime drama that I can’t wait to see more of.