What’s Next For WWE After WrestleMania 36?

Is it time for the long overdue off-season? 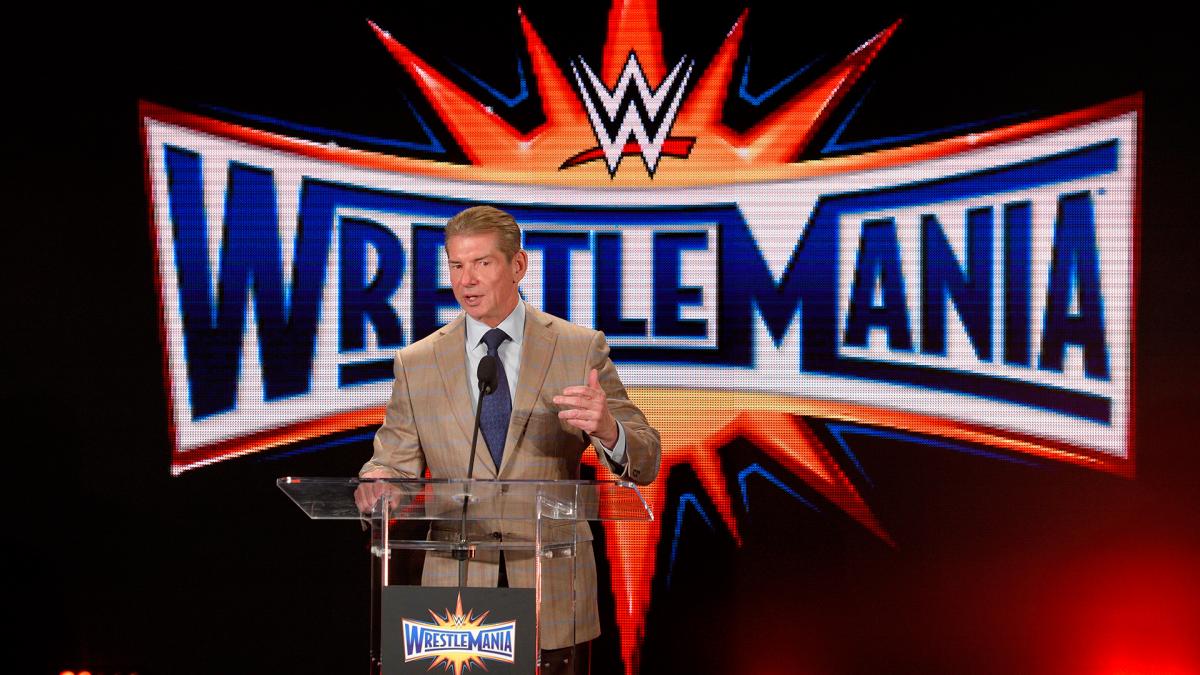 The entire world is reeling from the effects of the global pandemic. Sports, entertainment, all corners of modern society have had to reconfigure themselves based on standards of social distancing and the growing danger of contracting a potentially fatal illness. Pro wrestling seems to be one of the last remaining bastions of pop culture that hasn’t completely succumbed to the pressures of shutting down production. Episodes of RAW, SmackDown and NXT have continued as per usual, just removing the very key element of a live audience and having their superstars compete in an empty Performance Center.

With WrestleMania 36 on the horizon, you can partially justify why Vince McMahon has decided to go against the norm of self-isolating himself and his employees and instead pressing on with usual routines for the sake of delivering the annual spectacle. As we’ve heavily reported on, WrestleMania will not be taking place in front of hundreds of thousands, nor will it emanate from one of the world’s most iconic venues. Instead, the Grandest Stage of them All will broadcast from the same Performance Center as the aforementioned weekly TV episodes, although presumably a more glamorised version of the PC to help present it as the spectacle it is.

There’s no doubt that this is a dangerous move being made by WWE. This not only continues to put the superstars at risk, but also the fellow ‘essential’ staff members used as referees, on-screen broadcasters and camera and ring crew. With the rest of the United States encouraging as many people to stay indoors as possible, as per the rest of the world’s response, it’s almost insane to carry on with a workforce as large as WWE’s.

Certain marquee superstars, including WrestleMania headliner, Roman Reigns, have already been pulled from the two-night card to avoid the potential spreading of COVID-19. Vince McMahon must be panicking as we approach WrestleMania weekend. But as always, the boss presses on through adversity. WWE are no strangers to entertaining the world throughout tough times — just look back at their history of putting together shows around the events of 9/11 and the death of Owen Hart.

Granted, both of those examples were used as ‘tribute shows’, but regardless, the common decent thing to do in times of great uncertainty is to postpone all programming for the greater good of your employees. I mean, even EastEnders has stopped production in the UK.

As of writing, WrestleMania 36 has been taped and is still set to be broadcast on the nights of Saturday the 4th and Sunday the 5th of April. It’s going to be an intriguing two nights of wrestling, two that will go down in history for better or worse. But the real question lies in what exactly WWE hope to do the following week. Will we be seeing the always-exciting RAW and SmackDown after Mania? Will NXT continue to air vignettes and repeats after they get through the scheduled TakeOver matches? Or should Vince start planning for WWE’s first off-season?

Fans and wrestlers alike have lobbied for WWE to give their superstars some well-deserved R&R following WrestleMania season. The annual event always has a certain ‘season finale’ air about it, allowing for long-term storylines to find a conclusion and certain superstars to reign triumphant over their oppressors. It makes for a perfect book-end, but as always, WWE is an ever-evolving world where the events of the last show are undone within a week. Fans find themselves burned out pretty quickly, driving some away for a few months as they await the next of the Big 4 pay-per-views.

Depending on the general quality of wrestling, some fans return, some don’t. Those that stay away seek fresh alternatives from promotions like AEW, NJPW or more local, independent brands. It’s a lot easier to digest than the constant controversy in WWE. Even if a certain WWE superstar is given the biggest win of their career at WrestleMania, fans fail to remain invested in them when they’re thrust straight back into the monotonous fray less than a few days later.

Just look at ‘The Fiend’, who had an incredible run following SummerSlam last year. After winning the Universal Championship at Super ShowDown, he had reached his peak and achieved the goal of becoming the hottest thing in pro wrestling. Unfortunately for him, his heat didn’t last longer than a few weeks. WWE immediately booked him into a new feud and killed off the aura surrounding him by constantly featuring him on every show they could. His feuds with The Miz and Daniel Bryan became second-rate, compared to what they could have been if ‘The Fiend’ was kept tucked away for a few weeks after his win over Rollins. 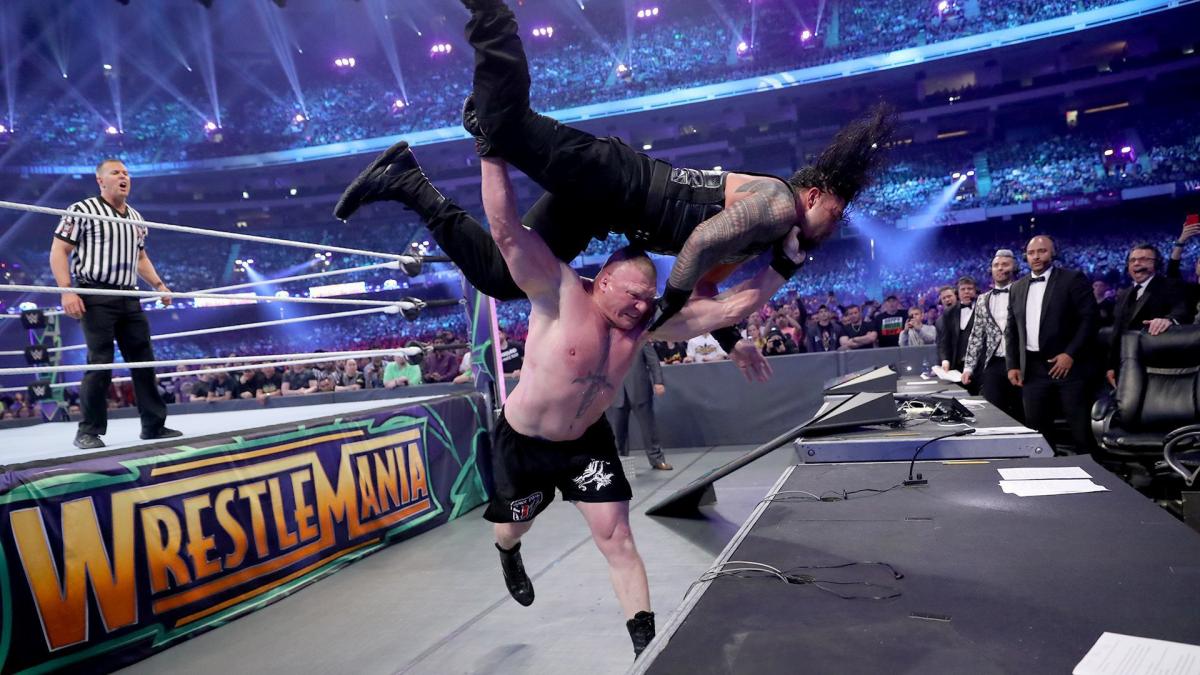 An off-season would do nothing but favours for the big winners at this year’s WrestleMania. Not only from a health standpoint, but from a business view also. Say if Drew McIntyre defeats Brock Lesnar for the WWE Championship. Fans will go wild for this and Drew will finally become the superstar he was destined to be. If he were to swan out on the next episode of RAW, cut a cheesy promo and then be thrown into a random main-event tag match against, I dunno, The Authors of Pain, he’d quickly lose his momentum. He’d just be seen as another cog in the machine, just now with a title belt.

Giving fans a few weeks or months to build anticipation of seeing a rested, rejuvenated Drew McIntyre emerge on-screen to find out his next opponent would be huge. Something that WWE hasn’t really had since the golden era of Bruno Sammartino and NWA’s Ric Flair.

Looking at the world of boxing and UFC, their champions and biggest draws aren’t shoe-horned into absolutely every show. Their star power isn’t diminished whatsoever. The fighters themselves pick their spots well and make a tonne more cash, just by having time-off. If WWE were to make this brave decision and then implement that each year, that’d do nothing but wonders for their roster and start turning a few names into potential megastars.

This decision needs to be made for the safety of the talent and WWE employees altogether. This virus isn’t going away overnight, and as excited as I am to see WrestleMania, a shred of normality in amongst all this chaos, it won’t solve anything long-term. If WWE continue to stubbornly utilise their roster for the sake of ratings and merch-sales, then that’s straight-up dangerous. An off-season needs to happen now more than ever, then again once things return to normal to help business as a whole.