Samantha Kolesnik's second novel is a bizarre and horrific look at desire. 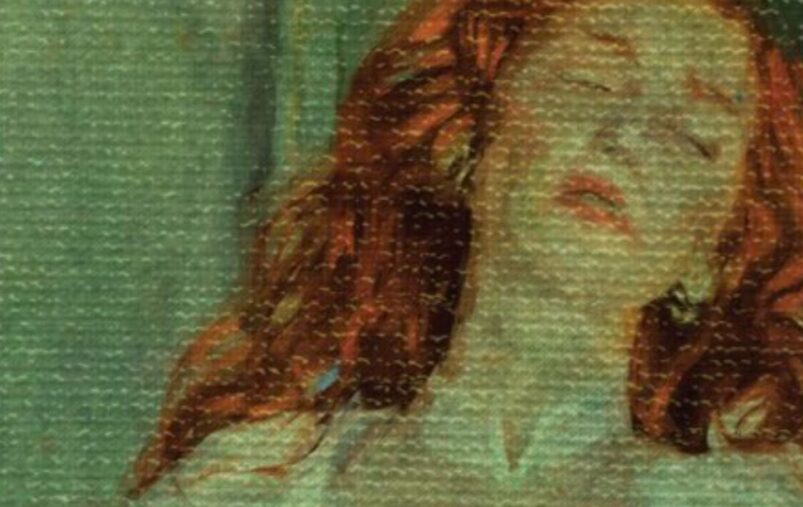 Desire, when chained to things like gender roles, commodification, and trauma, will often be profoundly misdirected. The desire itself can, in fact, become more attractive than the thing being desired. Obtaining the object of one’s desire can result in disappointment, and an understanding of that, implicit or explicit, will push someone into chasing it endlessly and sabotaging chances at fulfillment, which may lie elsewhere.

In Samantha Kolesnik’s Waif, Angela is unhappily married to Matt, a wealthy and abusive man. One night, after a particularly intense argument ending with Angela being slapped yet again, she leaves the house and ends up running into a man at the grocery store who she immediately becomes smitten with. It awakens a desire so intense in her that she’s able to return home and stand up to Matt. Matt, desperate to redirect her desire back to him, seeks out a surgeon to radically alter his body to look like that man.

Angela’s longing for the man in the store, who she later learns is named Ben, is reflected in many ways in her habits at home. Angela, who grew up in a working class family, finds herself unable to enjoy the luxuries afforded to her by her marriage. Besides the fact her marriage is loveless, she believes she’ll “ruin” her fancy robes or expensive bags and uses cheaper alternatives. Likewise, when her husband makes it clear that she could leave him anytime, she isn’t able to. A life outside of the loveless marriage, while also within her reach, is one she can’t bring herself to grasp.

She continues staying with Matt, even as the procedures he undergoes by a strange, unlicensed plastic surgeon, makes him more deformed and disgusting. Matt, convinced his money will solve everything, doesn’t care about the way he becomes more grotesque or that the doctor is an obvious psychopathic quack. Chasing becoming Ben is more important to him than anything else. His desire for another’s desire overrides any rational assessment.

Waif, while having a fascinating set up, some powerful imagery, and a dark and intriguing plot, unfortunately doesn’t stick the landing in my opinion. At about the 3/4ths mark, the book undergoes a major shift in tone and plot. This dark twist, involving human trafficking, bizarre fetish pornography, and lesbian street gangs, may have worked better had it been developed more slowly. There are hints of Angela’s seemingly normal existence being invaded by these fantastic, horrible forces, but the end of the book throws her in the thick of it so fast, it gave me whiplash. It really felt like I was reading at least one hundred pages worth of story that had been summarized in twenty or thirty pages.

I found this disappointing for a few reasons. The catalyst of the story, Angela’s irrational, intense desire for Ben, ends up resolved in a way that I found unconvincing. Ben, while built up in Angela’s mind, is obviously a very average man who happens to look a way Angela finds extremely appealing. It builds up to having her let down by him, but the actual means by which it happens drains any real internal conflict Angela would be forced to face by it quickly.

It’s also revealed later in the book that Angela is either a lesbian or bisexual, and found herself in conflict with that desire as well. The first person she ever had a deep, romantic connection with was a young woman she ended up running away from because she was afraid of being gay. She later learns that woman passed away shortly after and is traumatized by the news. This is another internal struggle that ends up feeling resolved in an unsatisfactory way because Angela’s repressed romantic feelings for other women are absorbed in the lesbian gang plot thread, a thread which is barely explored and ends on a very rushed and unconvincing “real family is chosen” moral.

Kolesnik is clearly a talented author. Her prose is vivid and affecting. She explores vividly the conflicts desire causes internally when they’re weighted down by the world. She even works in the strange plot of the underground surgeon mutilating her husband well and creates a dark and oppressive atmosphere. However, Waif would have benefited from being much longer. It ends up reading as rushed and the fantastic elements end up swallowing the central themes rather than complementing them.