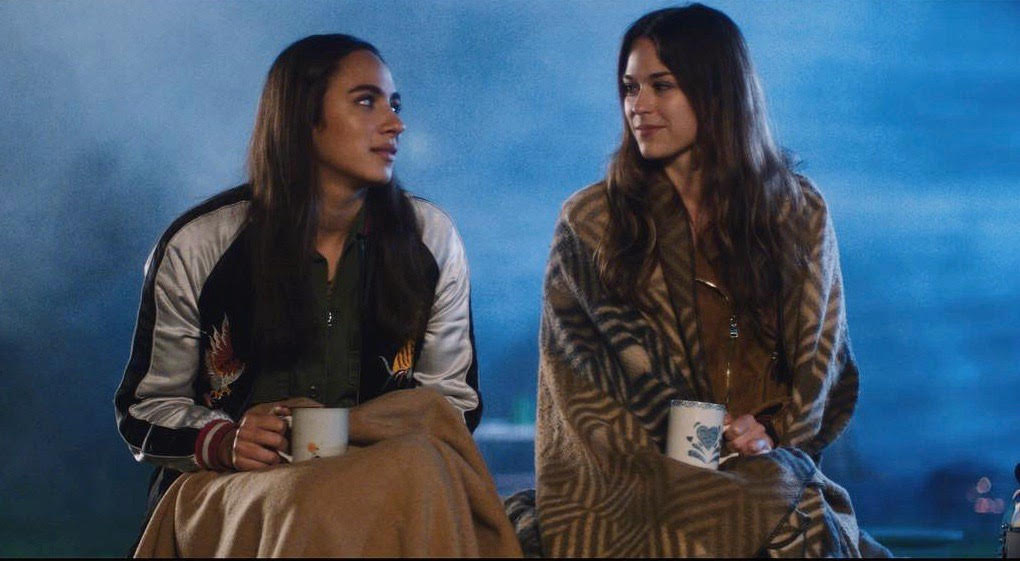 Virginia Minnesota is one of the indie gems of the Beloit International Film Festival, the kind of film you hope you run into into when you head off the beaten path well-trodden with the same old ideas. Granted, there are some familiar themes in Virginia Minnesota, but the fact that it takes place in a lush, very non-stereotypical Minnesota which writer-director Daniel Stine obviously has great affection for makes that warmth contagious.

The movie begins with a charming bit of animation which tells of the legend of a Viking who never stopped searching for his lost daughter after the two were torn apart by a storm. The ending is left unsaid, but when we cut to live action, we meet not one, but two troubled young women who are just as lost. Lyle (Rachel Hendrix) is a travel blogger whose only companion is Mister, the wandering robot. He’s sort of an Instagram celebrity who is supposed to be passed from person to person, but Lyle’s loneliness makes her unable to give him away.

Her friend Addison (Aurora Perrineau) is the snarky cynic who is even more lost, casually tossing aside jobs and a fiancé for no reason in particular, and is the one who is the most unable to move past the childhood tragedy which tore the girls apart. But they’re about to have a kind of reckoning when they travel back to their shared childhood home together, which just happened to be a residence for troubled girls. But the makeshift family they built out of the chaos that swirled around them was ripped apart when a tragedy befell Virginia, the youngest girl who lived there.

Their road trip begins by Addison burning a boat and stealing a car. It only gets more fun from there, as they’re forced to abandon it and flee into the woods where they meet something that might be a wendigo (think the northern Bigfoot) and a traveling wagon of theatre actors. Throughout, the Minnesotan legends both Addison and Lyle know so well are less forms of escapism than coping mechanisms for the darkness permeating their lives. Good thing Daniel Stone knows how to pull it off with a mixture of humor and heart that never devolves into melodrama or outright pathos.

Some of the characters seem so interesting, in fact, that it’s a shame more time wasn’t spent on them. The bond between Addison and Lyle is meant to be the driving force, and I wish that Stine had chosen to focus more on the weirder characters they encounter towards the beginning of Virginia Minnesota rather than the more everyday types at the end. When that end does come, it’s with the more low-key Midwestern realization that some things can be made peace with, even if a happy ending isn’t possible.

Verdict
Virginia Minnesota is a surprisingly funny indie gem about how stories and friendship help us cope with darkness.
7
Cultured Vultures is a pop culture website established in 2013 covering all things gaming, movies, and more. We eat your words.
All The News On The Biggest Games