Terrible balancing, repetitive gameplay, and a scarcity of content make Vicious Circle feel like a game that wasn't ready to be hatched. 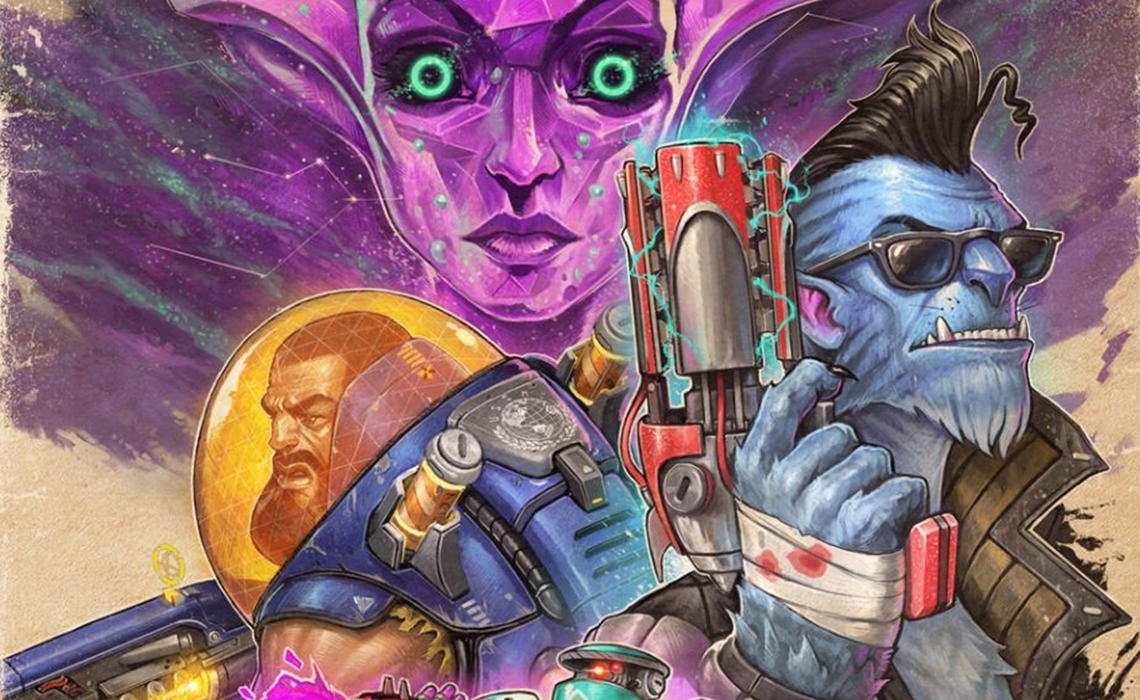 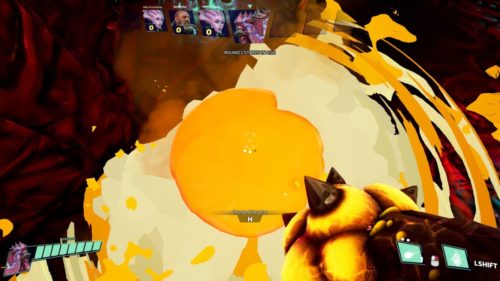 What if Double Dragon was a first-person multiplayer shooter set in space in which four players must work together to collect nuggets and evade the grasp of a chicken before facing off to decide who gets away with all the swag? It’s an elevator pitch that you want to just throw dollar bills at, but Vicious Circle’s terrible balance and limited longevity makes it feel like it needed a lot longer in the oven.

A multiplayer-only shooter, you play as one of four mercenaries alongside three other players who board a space station on the hunt for gold in the form of nuggets. These nuggets aren’t the KFC kind, though: they’re the babies of a giant, deformed chicken called Peggy Sue, who is more overpowered and deadly than Nemesis. One player controls the big clucker with everyone getting a chance to control her over a five-round match, which just flies by as almost every round ends in mercenary decimation. 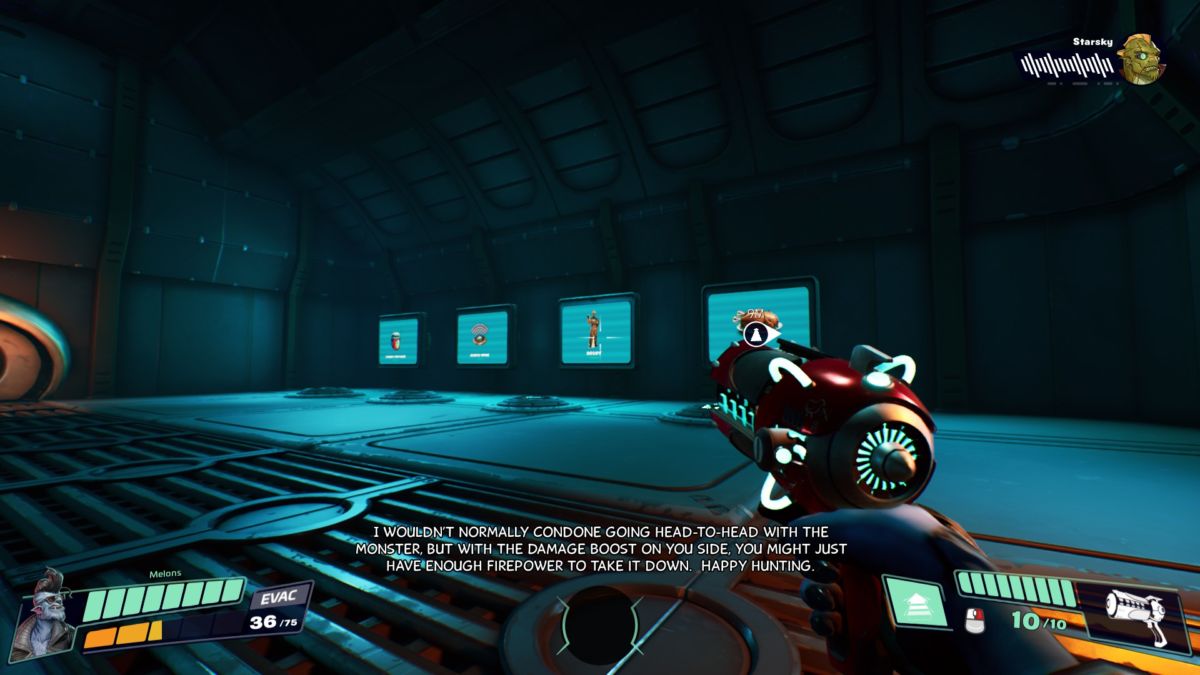 The mercenaries are basically a who’s who of hero shooter tropes — it’s almost a 1:1 repeat of the cast of Overwatch without the background lore. There’s the speedy one who can zip forwards out of trouble (Tracer/Blitz), the floaty weirdo who shoots stuff out of her hands (Zenyatta/Zella), and the gruff dude with a gun (Soldier: 76/Captain Boom). The only really somewhat original mercenary out of the bunch is CR45H & Burn: a little robot that turns into a drone to escape danger and the demonic fire baby inside of him who loves mayhem.

Each mercenary comes with their own special skill, but those that allow you to get away the quickest are the only ones that are particularly viable. Zella’s cloaking ability is extremely handy in a pinch, which has led to most of my lobbies having two or three picks of her for each round. Captain Boom is almost always the least picked, his bulk and lack of speed making him an easy meal for the giant chicken. His assault rifle is supposed to be the best weapon at stopping Peggy Sue in her tracks, but when she has a one-hit kill move that with a huge field of effectiveness and the ability to respawn within seconds, it doesn’t matter that much. 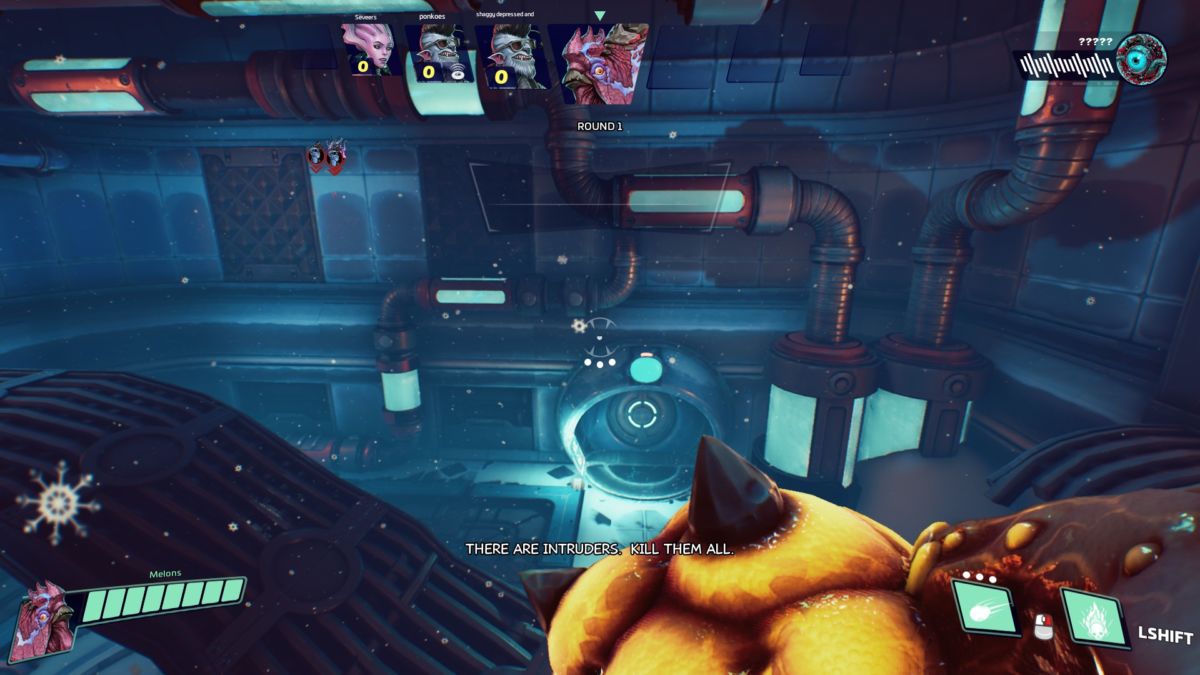 READ NEXT: 20 Best PS4 FPS Games You Should Play

Peggy Sue is overpowered to the point of parody, her being able to see the mercenaries through walls and kill them with just a few hits. Alongside the ability to fry enemies without much fuss, she can also chuck eggs at enemies to slow them down, which negates the more nimble characters easily. The large majority of the rounds I played ended with Peggy Sue being victorious, and ended quickly at that. Most rounds are over in a matter of minutes, even with the ingenious mechanic that allows killed mercenaries to come back as a Lil’ Dipper.

These little aliens are incredibly fun to control, you being able to swing around the map like Pathfinder from Apex Legends and swiftly pounce on mercenaries. Once you’ve done a little bit of damage to mercenaries, you can then take over their bodies and effectively be reincarnated as a human player with all their nuggets now claimed as yours. It’s a great little twist, but one that sadly just adds to the feeling of imbalance throughout the whole experience. 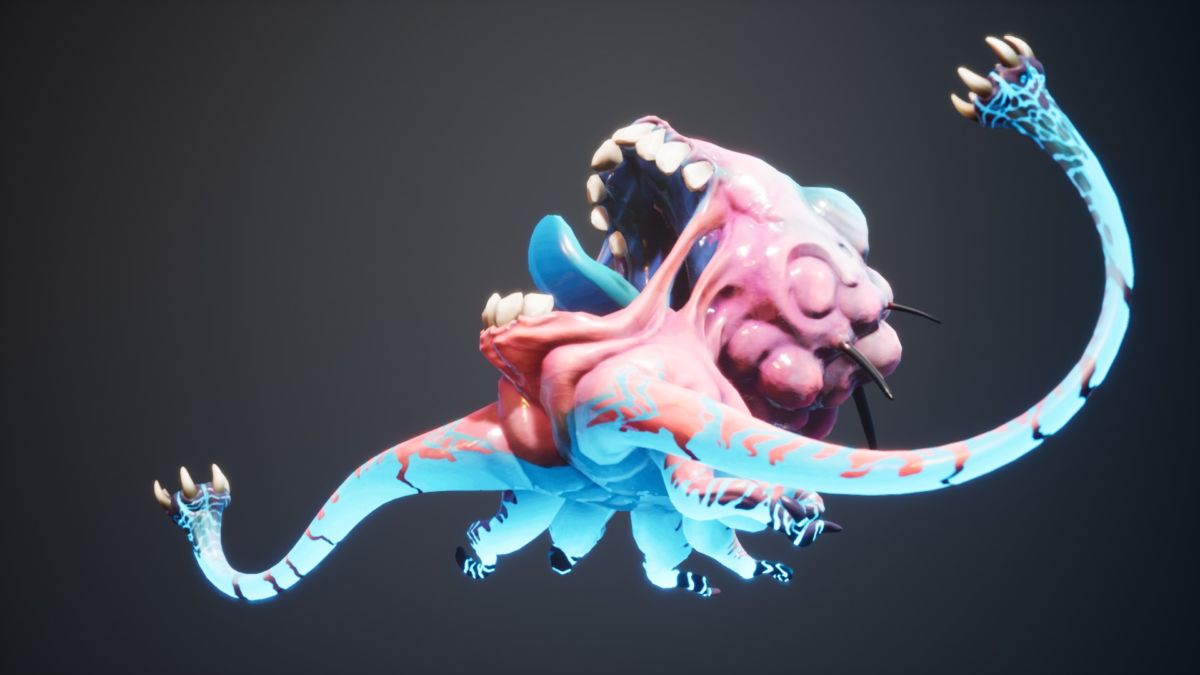 The main goal for mercenaries is to collect 75 nuggets so that they can be evacuated, but only one player can walk away with the goods. Subterfuge is one of Vicious Circle’s biggest selling points, you being able to snatch victory from the jaws of defeat by hitting your pals out of the evacuation zone to claim all the loot for yourself, or patiently wait as a Lil’ Dipper to possess the winning player at the last second. While this provides some fun buffoonery, any mercenary team consisting of two or less mercenaries is simply doomed. Not only do they have to contend with a rampaging Peggy Sue, but the Lil’ Dippers as well, who can also always see mercenaries through walls and appear out of nowhere thanks to their super speed.

It’s even worse when it’s down to the last player as they essentially have four enemies coming at them at once, the difficulty being compounded by the evacuation zone taking its sweet time to get them out of there. A lot of foolhardy players don’t know they’re doomed, however, leading to a protracted game of cat and mouse as they try to put off the inevitable. This is just about the only longevity Vicious Circle has to offer, minus a free Battle Pass intended to keep people playing for cosmetic rewards. A progression system is all well and good, but there’s an unshakeable feeling that you’ve seen all Vicious Circle has to offer in just a short space of time, so even this incentivisation falls flat. 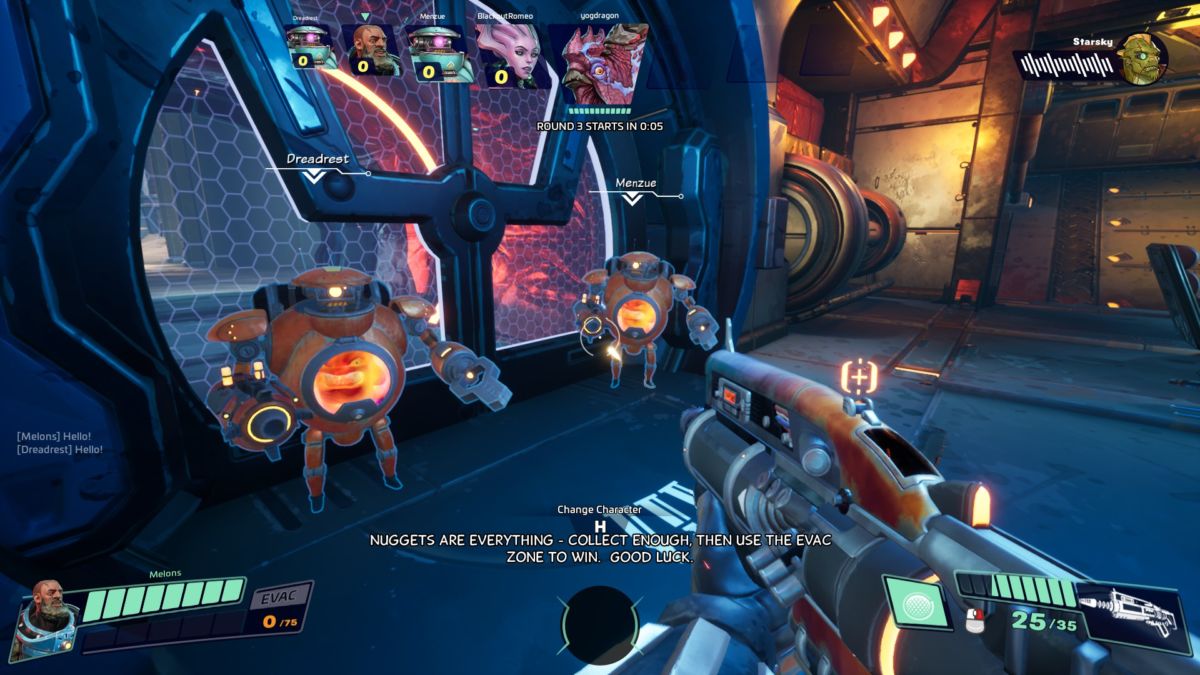 To Vicious Circle’s credit, its comic-book stylings are wonderful to look at, the map popping with personality and the character models catching the eye, even if they are a little derivative. It can also be great fun if you have a talkative lobby with people screeching over the cursed Terminator chicken — it’s clearly a game that flourishes with friends and is intended to be played as such. However, providing a social game to play and mess around in with friends comes at the detriment of the overall experience, Vicious Circle seemingly being imbalanced to cause frustration and funny moments rather than a truly competitive shooter.

Ultimately, Vicious Circle is a brilliant idea executed poorly and somewhat naively. The imbalance makes gameplay feel fractured and plain annoying, and the general lack of content gives the impression that it wasn’t quite ready for a full release. The developers have plans to add more content in the future, but it’s hard to see how it will retain a playerbase long enough to see that through thanks to its limited and repetitive nature. Still, if you want some mindless nonsense to waste an hour or two with, Vicious Circle could be eggsactly what you’re after.

Verdict
Terrible balancing, repetitive gameplay, and a scarcity of content make Vicious Circle feel like a game that wasn't ready to be hatched.
6.5