Disappointment and despair are the only things ascending from this Stygian pit. 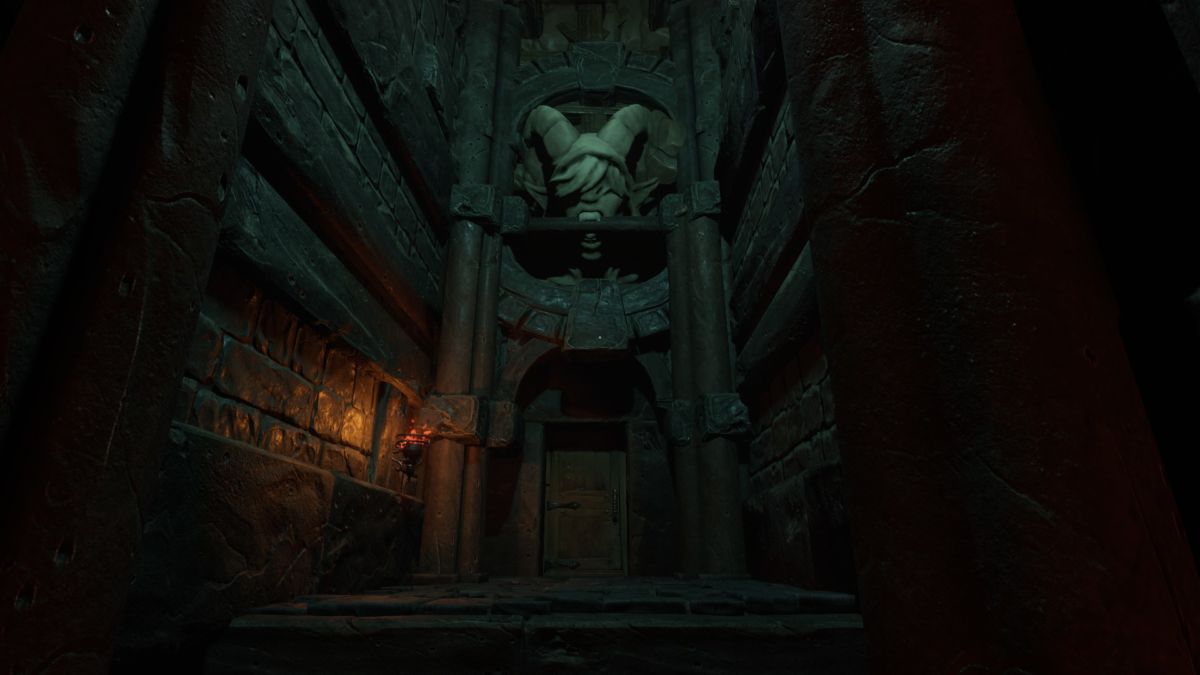 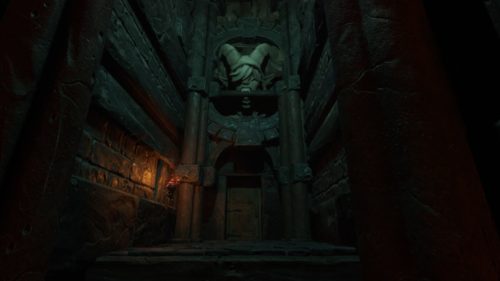 There are so many problems, glitches and downright baffling things about Underworld Ascendant I don’t know where to begin. Movement and controls are extremely sluggish and the game’s physics just don’t feel right. On top of that, there are a plethora of bugs that will ensure that playing Underworld Ascendant will be an exercise in misery.

I have very fond memories of Ultima Underworld: the game Underworld Ascendant is supposed to be a spiritual successor to. It was summer 1993 and we had finally figured out the right boot sequence for the game, freeing up enough RAM and selecting the correct sound driver. Additionally, we had to figure out how to get past the game’s DRM by looking up phrases in a codebook. Tricky stuff when it’s written in a language you only semi-understand at the age of 5. The game finally booted up and, after some exposition, we were thrown into the dungeon with nothing but our fists and a will to explore. Ultima Underworld treated us to a large, dark and incredibly dangerous world to explore and fight our way through. It was a game from the time when you had to draw your own maps and try all kinds of new approaches just to survive. I still remember it taking us ages just to kill the initial rats. 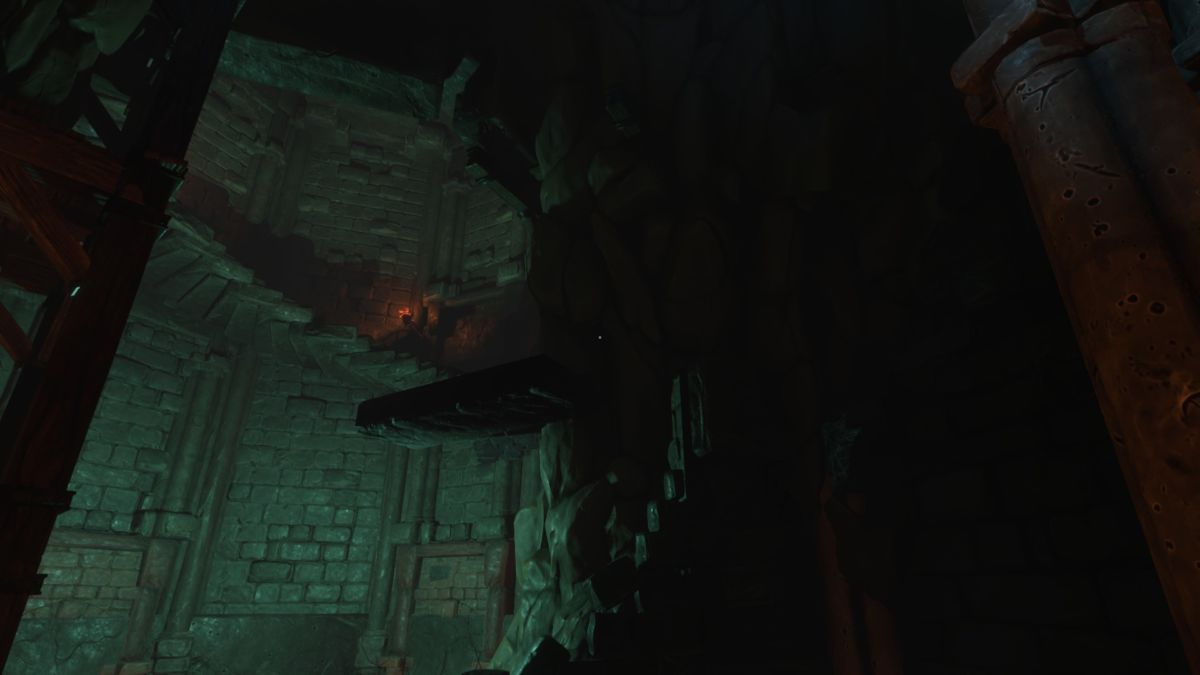 The original Underworld had plenty of frustrations and convoluted design, it was extremely hard to guess where to go in the dark tunnels and the lack of light was a real pain in the ass if you didn’t get a hold of a torch or something similar. But in many ways, it laid the foundation for what was to become the ‘Immersion Sim’. Games like Deus Ex, Dishonored and Prey all have a great old grandpappy to thank in Ultima Underworld. Ascendant, on the other hand, feels more like the inbred bastard of the family that no one likes to be around.

It’s just sad to see because, on paper, this should have been an instant success: some of the team that did the old games are back and they led a very successful Kickstarter campaign with initial previews looking very promising. However, almost all aspects of this game are flawed in some way if not downright broken. Right from the start, the controls and movement feel terrible: it is like you are constantly underwater or sliding on ice wherever you are, except when you go through actual water, then the movement turns into a nightmare. Wherever there is a stream or a puddle to go through, you can count on getting stuck or having trouble getting out no matter how shallow or small the puddle is. It all feels like I’m playing a very early Alpha build of a game rather than something that is released for money. 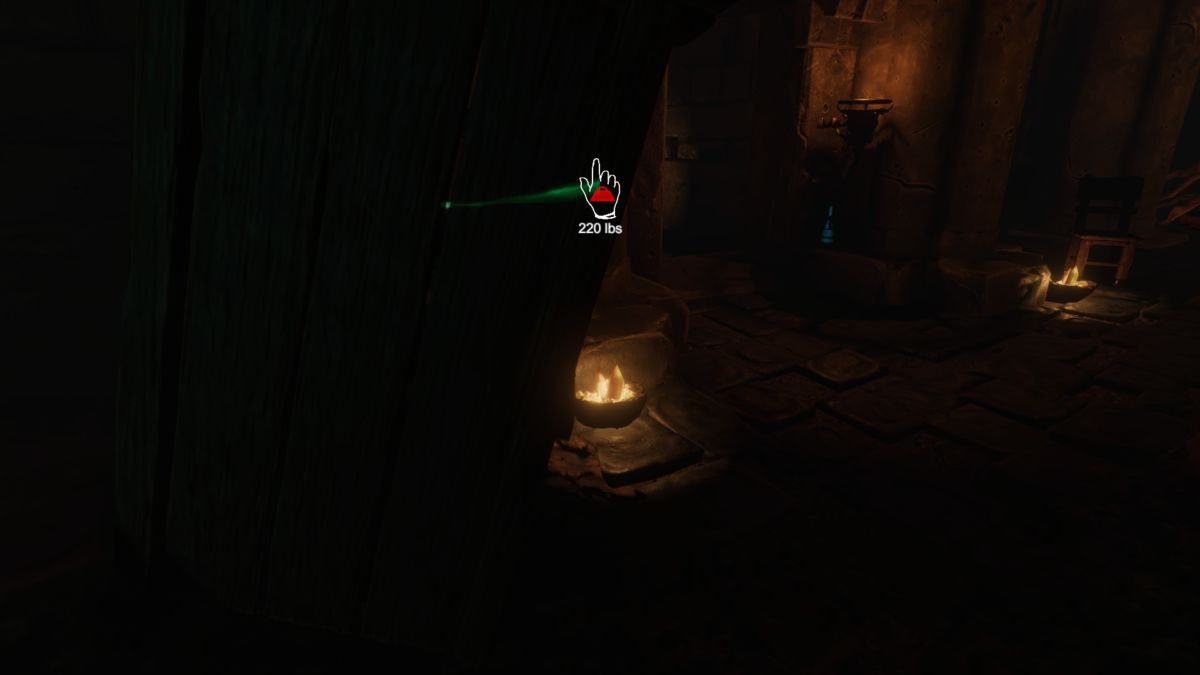 In the lead up to the release, a lot was made of how big of a role physical properties and physics would play in the gameplay. It’s easy to see where they were going with this, but the execution is just so poorly done that it is sometimes unplayable. Early on, you learn that locked doors can be circumvented by either applying force and or fire or other such means. Hit them with your hands and you’ll get hurt in the process, use a club and things get better. The hit detection on weapons or any object for that matter is really spotty, so almost every time I try to beat down a door my hits stop registering after a while and I can’t do any damage, essentially meaning beating down the door that way can be impossible. If you do manage to break down the door, you’re still not home free since trying to traverse the debris can be an exercise in frustration.

The story is something about gods and demons fighting for control over all of existence and you are sent into the stygian abyss to hold back the big old baddie. At each level, he huffs and puffs about how puny and insignificant you are and how you will be crushed and forgotten down here. It is all just that though: huffing and puffing. Nothing feels very difficult or scary in Underworld Ascendant, the exception being its physics. Skeletons are easily avoided or just clubbed to death with a simple hit, block, hit combo. Archers are a bit deadlier, but you get plenty of arrows to shoot them down with as well. While the old game had a tremendous sense of dread and tension -you never knew what would be around the corner to bite your head off- Ascendant is like an exercise in predictability. Go through a corridor, get to a room, solve a simple puzzle to get through a door into another room. 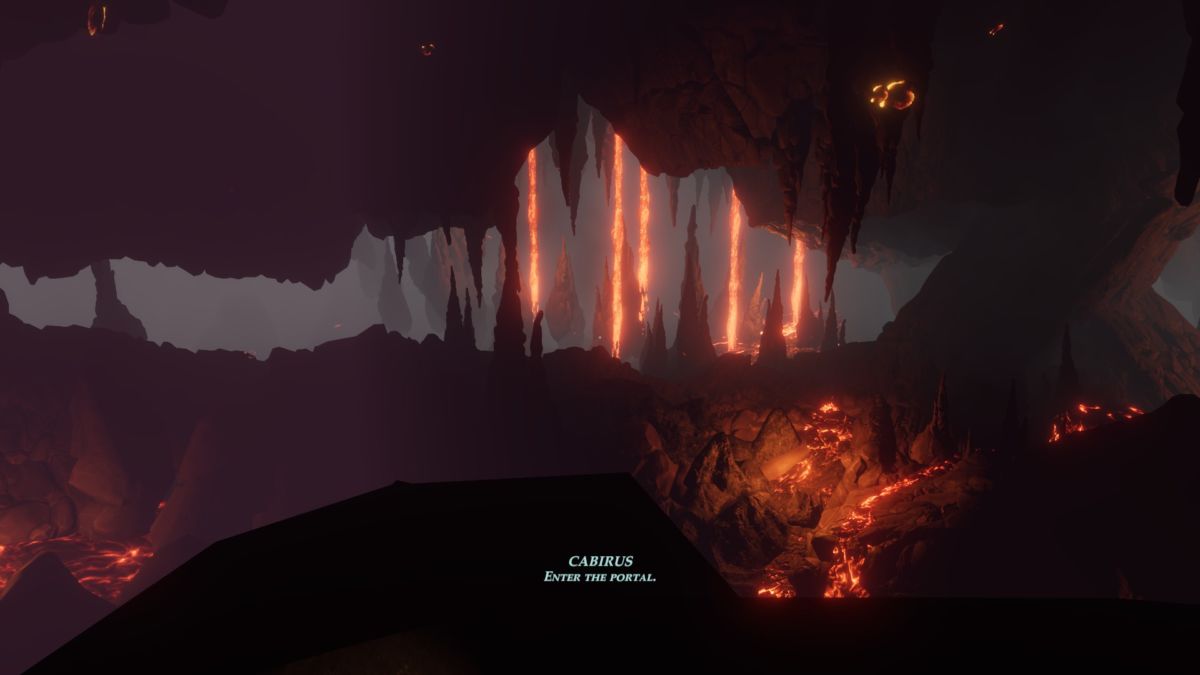 Things get a bit more interesting further down in the abyss, but this is also something I feel Ascendant missed the mark on. Since this game has distinct levels instead of the more open-ended design of the old games, nothing is very interconnected and you really lose that sense of place that the Ultima Underworld had back in the day. The feeling of disconnection is only worsened when you go from swamps to volcanoes to tunnels and back again. I get that it’s supposed to convey something weird and magical but that doesn’t come across at all.

To make matters worse, the save system is just a mess. It’s an interesting idea: you get a magical sapling to carry with you and at various points you can plant it, making it your checkpoint should you end up dead in the next room. On top of this is a traditional save slot system and it is here that the frustration comes in. You will constantly get reset back to the start of an entire level if you save and quit. But since you saved, you retain your inventory, so keys and items needed to progress are still there. So locked doors and puzzles are just something to run through when you start it up again. I just can’t understand why you don’t start at the latest checkpoint instead of having to run through the level again. 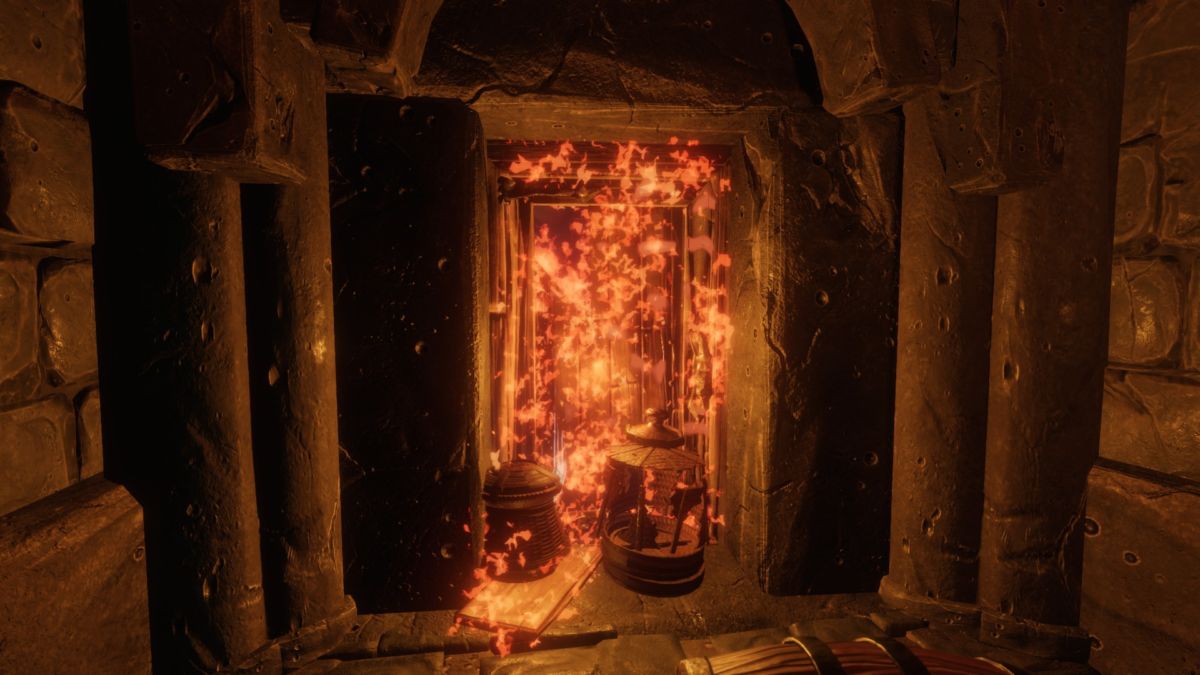 Speaking of loot, that system also seems broken as I constantly get the exact same loot many times in a row. After completing the first level, I picked up three capes that were exactly the same, one after another. If there’s anything that kills the joy of climbing around to get to a remote chest, it’s finding the same stuff you got four minutes ago, just lying around.

A thing that was big with the old Underworld game was that it calculated physics when you threw things, which makes a return here. However, the UI and presentation of it are so unclear and poorly done that it constantly gets in the way. When you hold in the left mouse button, you raise an object to throw it but, well the reticle and the animations just look incredibly rough. Sadly, it also suffers from the exact same thing that almost all physics-based games do: things are either incredibly heavy or act like they were made out of air. Your character will grunt in exertion as he picks up a box or other object only to have it bounce around the room as if it was Papier-mâché as soon as you drop or throw it. Same with the smaller objects on a table or other surfaces, if you bump into them with any amount of force at all, everything flies away as if shot out of a canon.

I was really looking forward to this game as a sequel to the original Ultima Underworld games sounded amazing. However, Ascendant is a terrible game and it just doesn’t feel finished in any way. Maybe with a ton of overhauls and bug fixes, Underworld Ascendant can one day become a decent and fun game to play. There is a kernel of a great game here, the physics-based interactions and puzzle solving could have been truly mind-blowing, but this game has no redemption in the state it is in right now.

Verdict
Underworld Ascendant is plagued by a smattering of bugs, physics that makes no sense and gameplay that is an affront to the game it aims to be a sequel of. Ascendant can go back into the abyss and stay there.
2
Buy on Humble