Undertale: A Beautiful Game and a Toxic Fanbase 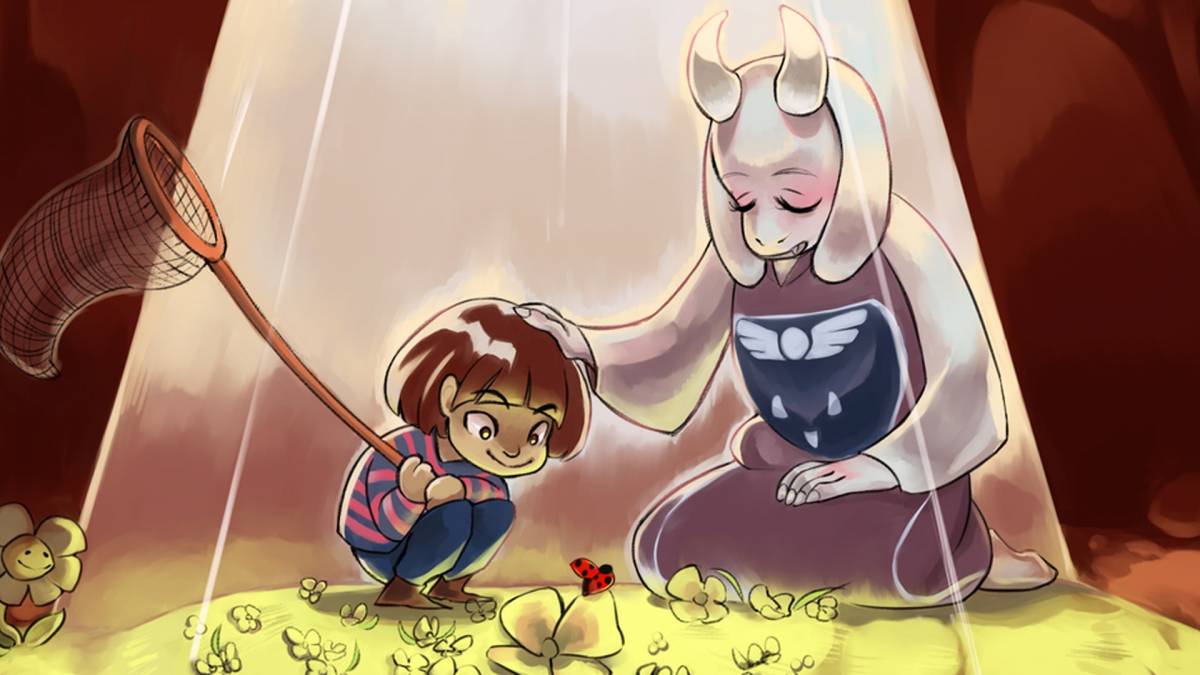 This article contains major spoilers for Undertale. It is a game many say is greatly improved by playing blind, so read on at your own risk if you have not already beaten the game (or had its plot spoiled).

Undertale was released in 2015, produced more or less alone by the now famous Toby Fox. It is a game about the value of peace, mercy, and acceptance, told through a narrative that strikes an excellent balance between the hilarious, the absurd, and the devastatingly sincere. It exploded in popularity upon release, with Toby Fox already well loved for his work on Homestuck and in the EarthBound modding scene coupled with the game having a mass appeal and format suitable for YouTube and other video content. It was a recipe, accidental or not (probably a mix of the two), for success and succeed it did. Overall, the game was loved, receiving many perfect or near perfect review scores. I must admit, it even remains one of my own favorite games. The question to be asked, though, is how did a game about love and acceptance become notorious for one of the most toxic fanbases of all time?

Make no mistake, not every fan of Undertale is toxic. Both adults and children who love the game, broadly speaking, express that love in an appropriate way. But if the minority of fans of a game with millions of fans are toxic, that is still a very loud voice of vitriol.

The game’s problem primarily comes from two things: broad (like mega broad) appeal and its content being appropriate to all ages. Neither of these things make a game bad, but they certainly can lead to a toxic fanbase. Younger players, unsurprisingly, tend to be less mature than adults (and no, this article is not a dig at younger players nor saying all younger players are less mature than all adults). As YouTube stars picked up the game, more and more young people were brought into Undertale’s fanbase. Many have also noted Toby Fox was very popular for his work on Homestuck, a community already notorious for inappropriate and toxic behavior (of which an article all its own could be written). Do note that the webcomic itself, much like Undertale, cannot really be blamed for the issues it had.

To give an example of the sort of behavior Undertale’s fanbase engaged in, you can look at the extremely popular YouTube star Markiplier. For those who have not heard of him, Markiplier is a YouTube star with 21 million subscribers, a fairly silly and lighthearted style, and a relatively young (on average) audience. He primarily makes Let’s Play videos of various video games. Markiplier made two videos of himself playing Undertale before quitting (about a year later he did eventually, for the record, continue via a livestream). He quit because he was constantly harassed and facing numerous complaints for playing the game “wrong”. In a complaint many have echoed, he felt criticized for the way he wanted to play the game and for a voice he gave to fan-favorite character Sans. He apparently discussed this further in a livestream, confirming these complaints and that fans of Undertale were spoiling the plot of the game. Though he is perhaps the most famous instance of toxicity getting to a content creator, he definitely is not alone in his complaints.

Spoilers are a big problem for any YouTuber/streamer, since their large fanbases often are excited, misunderstand what might be considered a spoiler, or simply view stories differently than the people they follow (equally, these fans can spoil things for other fans of the same creator for the same reasons). If even a single comment among thousands spoils a game’s story or secrets, the element is spoiled all the same (assuming it is read). It’s noteworthy that this is a notorious problem for Undertale specifically.

The game, essentially, has three endings. The intent of the game seems to be (arguably) for a player to play the game in its Neutral path, and then replay it to achieve the Pacifist path (which has a clearly “better” ending and some different content). The game also a Genocide path, where players must kill every creature in the game (despite killing a single one never being necessary to progress). The Genocide path is vaguely a “secret” ending, as it requires a great deal of devotion on the player’s part, clearly deviates from the game’s general message and signposting, and the game even actively discourages the player from pursuing the path while they are on it (there is more, but this article is not a plot nor gameplay breakdown of Undertale).

Put simply, hardly a person alive on the internet, at least in the year or so following Undertale’s release, managed to avoid spoilers about the Pacifist and Genocide routes’ existences, the three characters that have “date” scenes, the fact Sans is the final and extremely difficult boss of the Genocide run, and more. Avoiding spoilers through the likes of memes, in-jokes, and comments can be extremely difficult for any content creator on essentially any platform (even those unrelated to Undertale, annoying many). There are many different and relatively popular Reddit posts, like this one, going over some tricks to avoid spoilers, or even just to complain about the issue. Along that same line, probably because the Genocide run admittedly is counter to the entire theme of the core game and is signposted as such, Undertale’s fanbase became known for extremely toxic and discouraging comments about any streamer or content creator (and just players in general) planning on doing such a run, even if such a run is done after completing the other two paths (technically, there are many neutral paths but they are, for the most part, extremely similar to each other).

Undertale’s fanbase is not wholly unique in toxicity and just general “strangeness”. It has a collection of, to put it perhaps more nicely than I’d like, odd fanart depicting incest and underage sexual relationship between characters but (unfortunately) this is less an Undertale thing and more an issue with any massively popular piece of media with a large fanbase. What is disturbing is how viscerally this massive fanbase can react to certain elements of what is basically the same fans. One artist who shipped an aged-up character (Frisk) with Sans (which I admit to thinking myself is pretty weird and makes me uncomfortable) had another Undertale fan apparently literally try to murder her.

The link I’ve included is a blog post about the incident because I am uncomfortable linking to bloody images and cannot read Taiwanese (as most readers of this article likely cannot either). It should be noted that in this internet age, it can be difficult to verify such incidents, but this seems to have genuinely happened after some cursory research. I may have some unkind things to say about certain works of fanart (especially underage art of a sexual nature and to a lesser degree aged-up sexual art), but when it is not real people in the images, I certainly do not think it is worth murdering over. The more one dives into the worst of fan behavior regarding Undertale, the darker an image that seems to come to light.

This is all pretty unfortunate, because not only is Undertale a good game with a good message, most of its fans (like any other series) are normal people. They appreciate the game’s humor, its acceptance and love for members of many ostracized communities, and its ability to tell a sometimes deadly serious story with often very silly characters. I also want to establish I think Toby Fox seems like a great creator who has not done anything to willfully generate toxicity (he also definitely has felt stress from both his superfans and critics). Memes and spoilers have become less prevalent as time has moved on, at least in my pretty wide circles, even if I definitely see Sans and Papyrus in weird and mostly out of context ways from time to time. Yet even as I write this, I genuinely fear harassment from fans of the game who disagree with my assessment or even from the counter-fans of the game the toxic fanbase has also created, who are so tired of hearing anything about the game. Disagreement and conversation about what I’ve researched and surmised here is welcome, toxicity is not.

So what’s the takeaway? There are many elements a game can have that, while not toxic themselves, can generate a toxic fanbase. In Undertale’s case, I think it attracted nasty fringe elements due to its superfame, as well as (less upsettingly, I suppose) younger kids who sometimes struggle to understand that spoiling content can ruin someone’s enjoyment of a work of fiction. Throw in some famous YouTube stars having problems with the community (and Markiplier is not alone in his issues), and it is not a big surprise the fanbase became known for causing problems. This is a problem the internet seems to generate that, frankly, I don’t have an answer to. We really could use one though.

READ NEXT: The Best Indie Games