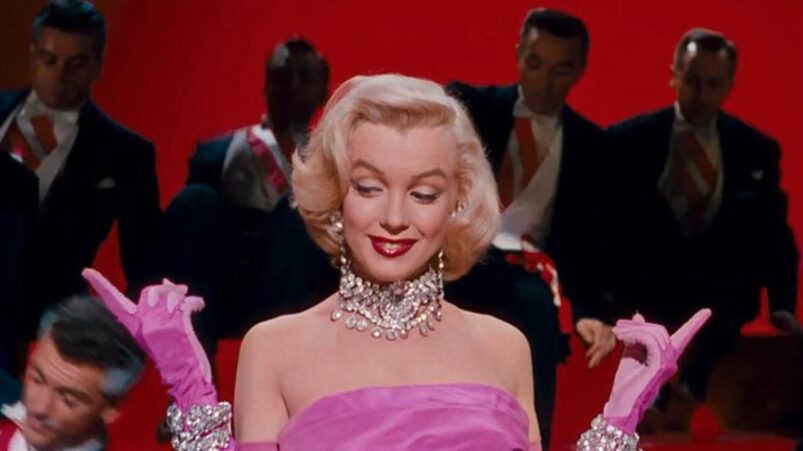 The motion picture industry has long been defined by its stars, and no star shined brighter than Marilyn Monroe. She only made 31 films during her 16-year career, but her lasting social impact remains unrivalled. As pop culture historian Keith Badman puts it, “She thrilled millions…Marilyn appealed to everyone on many different levels: emotionally, psychologically, sexually, physically, and intellectually”.

Remarkably, Monroe resonates today as much as she ever did. Case in point: Kim Kardashian made headlines in May of 2022 when she borrowed the late actresses’ Jean Louis gown for her appearance at the Met Gala. She simply does not go out of style. She’s remembered for her immense aesthetic influence and colossal cultural significance, but her own aspirations went unfulfilled. The thing Monroe wanted most was to be taken seriously as an actress.

Her life ended before she could realize her ambitions.

Marilyn died on August 4th, 1962 at the age of 36. In the 60 years since the icon’s death, her legend has only amplified. Still, she’s never received the credit she deserves as an actress. Her talent extended far beyond a curvaceous figure and a perfect smile, as she was an astute screen performer with tremendous timing.

Most remember her for stereotypical blonde bombshell in roles such as Gentlemen Prefer Blondes and Some Like It Hot. Those are great films, but they aren’t the best representation of her skill. Some of her finest performances occurred in less prestigious films. Sixty years since Monroe’s passing, we pay homage to a few of them here, with five underrated movies starring Marilyn Monroe.

Directed by legendary filmmaker John Huston, The Asphalt Jungle is a caper classic with a Rotten Tomatoes rating of 97%. It is also one of the finest film noirs of all time. The plot focuses on a band of thieves and the aftermath of their botched heist. Monroe plays Angela Phinlay, mistress to the gang’s financier.

The picture was released in June of 1950 and represented Monroe’s first extended speaking role of any substance. Up until this film, her output consisted mostly of throwaway lines in forgettable movies. This was a serious project with a pivotal part. Her screen time is limited, but she steals every scene she’s in. Regarding her work in The Asphalt Jungle, she stated, “I don’t know what I did, but I do know it felt wonderful.”

This psychological thriller stars Monroe as Nell Forbes, a stunning vixen who catches the eye of a pilot played by Richard Widmark. However, it soon becomes apparent that Nell is mentally unhinged as the hunter becomes the hunted.

The role was quite a departure for her because it contrasted her carefully crafted bubbly image. According to film critic Jeffrey Anderson, the film succeeds because it “dared to look at the dark side of Monroe’s giggly sex appeal”. She’s undeniably terrifying in the best way. She displays fantastic range, seamlessly shifting from vulnerable to sinister.

Don’t Bother to Knock is Monroe’s best reviewed film, currently holding a score of 100% on Rotten Tomatoes. Unfortunately, it is routinely overlooked because it lacks the glitz and glamour that is identifiable with her caricature.

Henry Hathaway directed this unique film noir and although it’s shot in color, it satisfies many hallmarks of the genre. Monroe plays Rose Loomis, an adulterer who plots for her lover to murder her husband while on vacation at the epic natural wonder. Of course, all does not go according to plan and fatal complications ensue.

Niagara features Monroe as a totally distasteful character. This was considered a gamble at the time because producers thought that she would repel audiences as the villain. It was studio head Daryl Zanuck who insisted that Monroe play the murdering, philandering wife. The gamble paid off. Marilyn was fantastic in the role. Femme fatales simply don’t get any more malicious…or gorgeous.

This film was made during Marilyn’s most fruitful period as an actress. It’s sandwiched between two cinema classics, How to Marry a Millionaire from 1953 and The Seven Year Itch in 1955. Co-starring Robert Mitchum, River of No Return is an action/adventure Western directed by Otto Preminger. The story takes place in 1875 with Monroe playing Kay Weston, a sultry saloon singer who joins her husband to cash in on the gold rush. When Kay’s husband abandons her and robs Mitchum, the mismatched pair set their sights on revenge.

Monroe turns in an impressive performance and showcases several aspects of her talents that had been previously suppressed. She proved that she could inhabit a multidimensional character who did not depend on looks. It also displays Monroe’s immense aptitude as a physical performer.

This was Marilyn Monroe’s last movie. Once again paired with director John Huston, the film also stars fellow Hollywood immortals Clark Gable and Montgomery Clift. It tells the story of a newly divorced woman (Monroe) who falls in love with an aging cowboy (Gable), changing the course of her life.

The role was challenging because it required such complex tonal shifts, but it stands up as some of her best work. Film scholar Joe Zentner states, “Marilyn Monroe’s acting in ‘The Misfits’ is superb. Under Huston’s direction, she transforms her stunning good looks into something more vulnerable than sexuality”.

Sadly, this is an example of art imitating life. At this point in her career, Monroe was considered unstable and a professional liability due to her dependence on drugs and alcohol. However, despite her considerable obstacles, Monroe turns in a tragically brilliant performance.

READ NEXT: 6 Michelle Yeoh Movies To Watch After Everything Everywhere All At Once