‘Troy: Fall of a City’ Coming To BBC 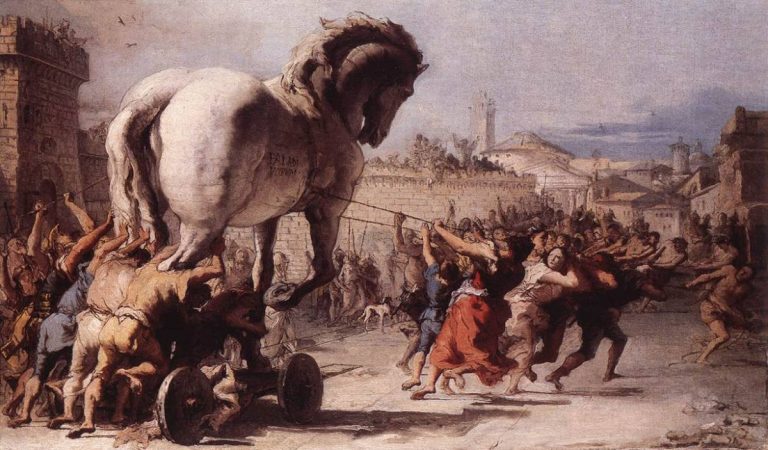 If you like your historical dramas with more swords and sandals than ball gowns (à la Downton Abbey) the BBC might have the show for you. Front and centre of their autumn TV schedule is a “visceral” new version of the historic war between Greece and Troy, titled Troy: Fall of a City.

The last time someone pumped big money into a live action version of Troy the result was the 2004 Brad Pitt epic that everyone kind of enjoyed then quickly forgot. Ultimately that version remains notable only for its massive budget and the fact that, somehow, Sean Bean’s character is still alive at the end.

While the BBC doesn’t have $175 million to throw at the project it is putting a whole lot into it. For each episode the BBC will be forking out £2 million, making it one of the corporation’s most expensive series.

Troy: Fall of a City comes from Royal Shakespeare Company associate director David Farr. The show will follow a Trojan family trapped by the siege.

Beyond this, there are few details about specific characters or casting, but the BBC press release bends over backwards to sell us on the show. It will “convey the big themes of human existence horror and heroism, of people battling to retain their humanity and compassion amid the chaos, devastation and destruction of war.”

That’s a whole lot of stuff to squeeze into just one TV show. The series will also be post-watershed, which in Britain means after 9pm. Which also means Troy: Fall of a City could be encroaching on Game of Thrones territory. Feel free to speculate on whether that means nudity and gore.

We’re also promised by the boss of BBC One, Charlotte Moore, that the show “will be unlike anything we’ve ever seen on BBC One before.”

Historical and mythological dramas have been the BBC’s Achilles heel in the recent past, so we’ll have to wait and see.