A Trip To Paradise: Re-exploring Burnout 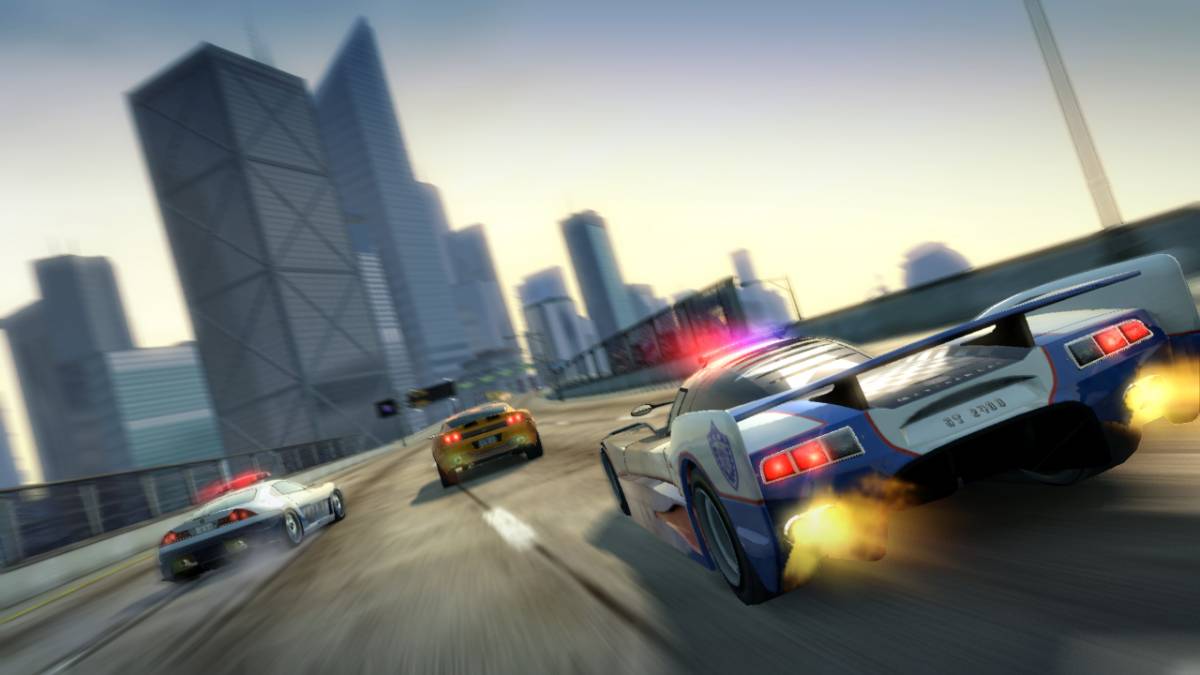 Back at the end of November, one of my favourite games went backwards compatible on the Xbox One, and that terrified me to no end.

I still remember coming home from high school and spending hours upon hours in Burnout 3’s Crash Mode, or playing Burnout Revenge’s Traffic Check mode; bouncing cars up and down the highway like pinballs.

Then Burnout Paradise came along, and the love affair was re-ignited. A whole new city was available to race, smash and crash your way through, with up to 8 player online matches to boot.

It was arcade racing perfection back when it first came out, but Paradise is getting on in years. In age of re-releases and remasters, all too often are we subjected to our favourite games being… not quite what you remembered. I already went through the 5 stages recently whilst replaying the first Dead Rising, and I didn’t care to repeat the experience with Burnout Paradise.

Sometimes though, in life you must face your fears head on, so with trepidation in my heart, I took a deep breath and loaded it up. Immediately, the opening riffs of the Guns ‘n’ Roses classic “Paradise City’ set my mind at ease, I was going to fall in love all over again…

All of the components involved gel together in a way that can only be described as ingenious alchemy. The physics, the structure of the game and Paradise City itself, the graphics and car deformation, the soundtrack, the online play; all fantastic pieces that combine to produce racing heaven.

I’ve never experienced a free roam driving game packed with as many opportunities for fun as Burnout Paradise. What the map lacks in space, it gains in sheer density. Each set of traffic lights offers a new race event, every single road has both time trial and Showtime (Crash Mode) leaderboards for you to compete against your friends. Scattered across the city are collectibles which not only give you bonus cars, but teach you vital shortcuts.

These shortcuts open up the city in new and exciting ways. Often times more than just a simple way of cutting a corner on a city block, they’d present opportunities to do what automobiles have dreamt of doing: taking to the skies. Burnout Paradise offered a level of verticality practically unmatched in any street racing game either before or since.

The free roam formula also meant Burnout Paradise could revamp the progression system. Instead of a linear series of races, Paradise had all the races and events available from the get go; the only catch being that you had to discover them. Races could be completed in any order, meaning that 10 Road Rages in a row would be the same as 10 races of any kind. It’s one of only a few racing games that actively rewards you for playing in the way that suits you. It’s a strategy that Forza Horizon 3 employed, which sees you gaining fans by completing whatever combination of events you feel like.

Of course, all of this would mean nothing if Paradise’s graphics and gameplay had aged like a meth addict, but thankfully that isn’t the case. The game still looks superb, especially when you put the pedal to the floor. The sudden burst of velocity and the heavy motion blur that occurs once that boost is triggered is truly immersive, and of course once that speed inevitably leads to smash into the back of a city bus, you’ll get to admire a glorious slow-mo replay of your car crumpling like a discarded packet of crisps.

Mechanically, Burnout Paradise hadn’t changed all the much from its predecessors, but it didn’t necessarily need to. The formula of “cool stunt/takedown = boost = speed = cooler stunts/takedowns” allowed Burnout to boil arcade racing down to the fundamentals. Criterion mastered that back in Burnout 3, allowing Paradise to build on the concept by offering different types of cars. Stunt cars offered more boost for jumps and flips, takedown cars extended your boost bar for each takedown, whilst speed cars allowed you to chain boosts together for as long as you dared hold down that boost button.

It’s an added layer of strategy that again feeds into this idea of playing the game how you want to. You could pick a takedown car for your next race, earning boost by wrecking the rest of the pack, or you could choose that stunt car and take to the skies. Alternatively, you could hop into a speed car and leave your rivals choking on your dust.

Even the multiplayer offered the same free-form structure that the rest of the game championed. Feel like racing a full lap of the city against your friends? You can do that. Want to explore the environment and find collectibles and shortcuts together? You can do that too, and then you can ruin years of good friendship by hiding on a rooftop during a Marked Man event. The salt that flows through the microphone could supply every McDonald’s across the North West.

The challenge list is also a masterstroke, allowing players to complete up to 500 varied challenges with up to 8 players. Challenges range from simply activating nitrous to everyone in the lobby drifting a set distance to lining your friends up at the pier and gaining some sick air over the top of them. It’s a much needed co-operative aspect to a generally competitive genre.

Sure, some players might get annoyed by the lack of fast travel or not being able to set a waypoint to your destination; both of which have become key features of any free roam game, but I feel that would be missing the point. Burnout Paradise isn’t a game that tells you what events to do or where to go, it simply provides the tools for you to make your own decisions.

The fact is that after facing my fears and playing Burnout Paradise, I can now sleep easy. The king of arcade racers still reigns supreme after over a decade. Perhaps I should face up to those fears more often, he said to the unopened copy of Resident Evil 7….